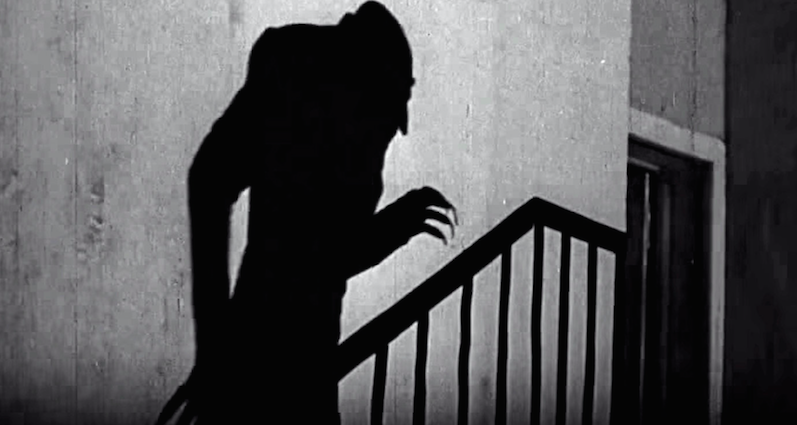 On Dracula‘s birthday, remember the copyright battle over the illegally-adapted Nosferatu.

Dracula lay undisturbed and unadapted for twenty-five years after its publication in 1897, before waking up as Nosferatu and dawning perhaps the greatest cultural juggernaut of the century.

When F. W. Murnau’s film Nosferatu was released in 1922, Bram Stoker, Dracula’s author, had been dead for a decade. His widow, Florence Balcombe Stoker, objected to the new film’s apparent relationship to her husband’s 1897 bestseller. Indeed, the story told by Nosferatu is a watered-down version of Stoker’s novel (owning up to this in its opening credits), although the film’s aesthetic and mood are far darker. There is no evidence that Mrs. Stoker ever watched Murnau’s film, although she was certainly aware of the differences between them. Mrs. Stoker considered it a pirated version of her husband’s novel, which had been her primary source of income for ten years. She promptly launched a campaign against Murnau’s film company, Prana-Film, to halt its potential proliferation.

Mrs. Stoker’s unrelenting, seven-year crusade began with a lawsuit, but Prana-Film soon declared bankruptcy, possibly to attempt to circumvent paying up. In 1924, the German court ruled against Prana-Film, but the company refused to hand over Mrs. Stoker’s desired amount, so the case went to an appeal—twice. In February of 1925, frustrated that she was not making headway, she devised a new plan, mandating that copies of Murnau’s film be ripped from their canisters and destroyed. Her wish was granted in July of that same year; the German courts sent agents to hunt down and eradicate copies and negatives of Nosferatu.

Because of miraculous French conservation efforts, she didn’t destroy all copies of the film, and to fight the popularity of the illegitimate adaptation, she sold theatrical adaptation rights to the playwright Hamilton Deane in 1925. A successful stage run of a dramatic adaptation of Dracula in London led to overseas demand, so Deane’s already abridged play, co-edited in a new version with John Balderston, headed to Broadway in 1927. In an attempt to shove one final nail in Nosferatu’s coffin (canister?), Mrs. Stoker and Deane sold their film rights to Universal Studios. From Deane’s play, the 1931 Tod Browning-directed Dracula, starring Bela Lugosi, was made.

But this isn’t the whole story. Read the rest at CrimeReads.