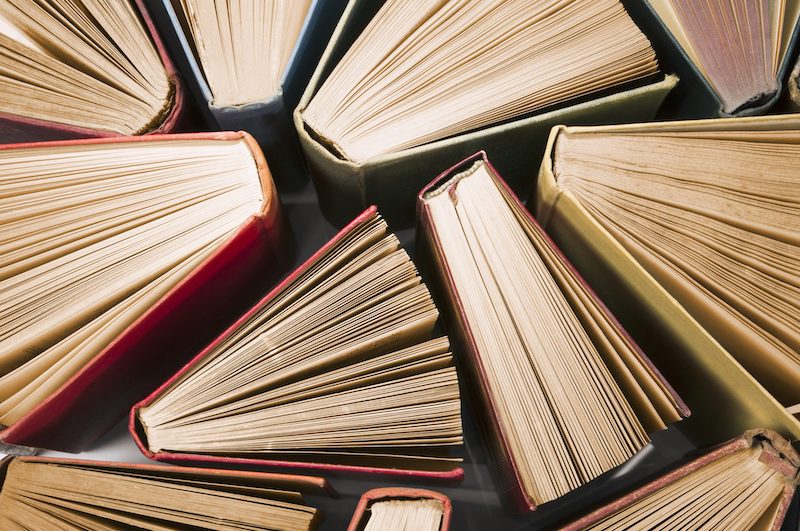 On the 21st-Century Renaissance of Native American Fiction

To say that there is a Renaissance in Native American fiction is an understatement. What’s going on right now, as I’ve written about before, is nothing short of an explosion. And what’s new, is that there is finally a real spectrum of genre diversity—there are those writing in traditional realism (AKA literary fiction) like Tommy Orange and Margaret Verble—who I converse with below. But there’s finally crime, science-fiction, and horror writing—something that pushes what we think of when we think of Indigenous fiction, to something bigger, more slippery, and less stereotypically confining.

What I love about Verble’s work is that it is grounded in literary, historical traditions—but it tackles unique, specific histories such as horse diving (in her latest, When Two Feathers Fell from the Sky). Though the concept of Cherokees horse diving is Verble’s invention, it’s a lovely one—and one that gives this novel great idiosyncratic power. Although there’s much to admire in Native American literary fiction, what I feel in Verble’s fiction is a release from any real obligation to explain the whole of Native American culture—and instead, just a brilliant book, with a fascinating protagonist, who is uniquely Cherokee in her own, individual way.

In the case of my work, I’ve moved camp from realism to literary-horror alongside folks like Stephen Graham Jones—whose slashers are now New York Times bestsellers. Along with folks like Rebecca Roanhorse and Daniel H. Wilson, the speculative revolution in Native fiction is here—and it’s cutting through every expectation of Native fiction like Freddy Kruger fingernails.

Lastly, one of the things I believe this conversation does, is look at the diversity of the Native fiction writers themselves—whereas Verble is a Cherokee citizen, I descend from a long line of urban Indians, from three different nations. And that’s, despite what some folks would have you believe, what makes Native fiction strong—there are folks from reservations (the uber-talented Morgan Talty, for example), Black Natives, Natives who are citizens of the nations they descend from—those who are not enrolled, those who could be if it weren’t for their nation’s blood quantum requirements. The fact that—for the most part anyway—there is a real recognition that a country that experienced genocide and colonization has resulted in a wide variety of Native identities, does so much work in combating a singular, confining, stereotypical –and frankly, boring aesthetic in Native literature. It’s a great time to be an Indigenous fiction writer.

MV: I don’t really think of myself as an “Indigenous” writer. I think of myself as a Cherokee writer. I relate to my tribe, rather than to a more global designation, and, for the most part, leave the stories of other tribes to their members because they can tell them better. I care about bringing a Cherokee perspective to American consciousness both to correct misinformation and because, clearly, people need some alternative values.

I guess what I hate being asked about most is blood quantum. Not just mine personally, but the whole concept. I can rant on that, but I won’t.

ETW: Like Margaret, it’s important to me that our individual histories, our nation’s histories–aren’t erased. I’m of Apache/Chickasaw/Cherokee descent—and my family has been urban for generations. It really bothers me, and this is along the lines of blood quantum issues as well, when people try to erase our very existence. As if this country didn’t experience genocide and colonization, and that because of that a plethora of diverse Native communities haven’t arisen out of that. We exist too.

The other thing that bothers me, is when people want some sort of definable cultural material out of our work. We’re individual artists from different backgrounds. I hope that people can look at our work from the point of view of—wow, this person is really talented, and has a unique story to tell.

*
There’s been a renaissance in Native American fiction; we’re seeing a proliferation of writers writing in different genres. What do you think draws you to the genre that you’re writing in?

Another reason is that from as far back as I can remember I understood that what was (still) happening to my Cherokee family in Oklahoma was unjust. For a variety of reasons, they couldn’t speak for themselves, and my grandmother used me to talk to white people for her. So writing about Cherokees for a predominately white audience feels natural to me.

In any case, I was a super nerdy kid. Someone tried to hand me a copy of To Kill a Mockingbird once and I genuinely wondered where the dragons were. But though my trajectory differs from Margaret’s, I grew up in a home with an alcoholic white father, and a multi-tribal mother whose great-grandmother owned a Native whorehouse in Houston—so, when I got to college, what I like to call realism and what a lot of people call literary fiction, appealed to me. My background was very serious! But when it came down to it, I missed the elves, and the dragons, the spaceships—and especially the ghosts.

And in all honesty, my previous novels and short story collection were literary—but very dark. Speculative fiction, literary-horror especially, allows me to write about the serious material that matters to me, but with that lovely, imaginative edge so that I can take Indigenous fiction somewhere completely new.

*
What obsessions or themes keep popping up in your work—why do you think they do?

MV: Hum. This is sort of hard to answer. I don’t think about themes when writing. I think about characters, setting, and plot. But if I look back over my three published novels, I guess I’d say that the relationship to the land is important in all of them. I think land is an obsession with most Indians.

I’d also say that not being a victim is important. None of my heroines are anybody’s victim. I was raised by people who absolutely refused to consider themselves victims, even after they’d been robbed for generations.

If I’m honest, I think a third theme running through my novels is trickery. Cherokees value trickery. We think it’s funny.

Getting away with murder is also a theme I return to again and again. For some unknown reason…

ETW: Like Margaret, I think this is an impossible question to answer when you’re actually writing. In fact it’s probably counterproductive. But I love the idea of family and therefore characters not being anyone’s victim. I would say my family absolutely would relate to this sentiment, and deeply.

I think I’m really interested in mystery. And in tragic downfall. I think people’s flaws can follow them all throughout their lives, and I like the—I suppose traditional—but kind of wonderfully miraculous thing that fiction can do in making it seem like it’s at least a possibility that people can face their flaws, and their fears, and hold themselves accountable to them.

I also just love magic. I hope that in all of the darkness, in all of the tangle of murder, and heavy-metal, and Stephen King that’s in my latest novel, there’s magic too.

*
Both of you have written multiple books. What do you think has changed the most, for you, as a writer in that time, in terms of craft, or anything else?

MV: In terms of craft, writing gets easier all the time. I’ve gotten the desire to write about my own life out of the way, and that certainly smooths the path. I also now gather my information before I start writing. That helps because it provides plot points. For instance, while I was researching When Two Feathers Fell from the Sky, I discovered there really had been horse diving at the Glendale Park Zoo and the diving tank really had collapsed into a cave beneath it. I’d known about that zoo my entire life, but I didn’t know that. I built the book on it.

ETW: In terms of craft, my mistake was trusting the literary folks that trained me in believing that plot didn’t matter and/or would just come naturally. Literary folks talk a lot about theme, and language—and those are important things! But story has always mattered to me. It’s why I read, it’s why most people read. And just turning to some nuts-and-bolts craft books on structure, like the “beat sheet” chapter in Save the Cat Writes a Novel, to Percy’s Thrill Me and Wendig’s Damn Fine Story, or Cleland’s Mastering Suspense, Structure, and Plot—was like turning a light bulb on in my head. As a quick aside, what I love about Margaret’s work is that she takes on historical fiction—but takes it in these wonderfully unique directions that allow some space for Native characters to be fully realized and complicated human beings.

*
Who are the writers you’re reading now—or have recently, that you’re really excited about?

MV: I finished My Policeman by Bethan Roberts a few days ago. It was first published in 2012 and is set in Brighton, England. It’s beautifully written. Just perfect. And I’d never even heard of her.

ETW: As I mentioned above, do check out my article in BuzzFeed about the plethora of Native American fiction that’s coming out now. Additionally, I’m blown away by the smart new wave of horror fiction. Certainly, far more BIPOC than ever. Folks like Stephen Graham Jones, Silvia Moreno-Garcia, P. Djèlí Clark, Tanarive Due, Cassandra Khaw, Craig Laurence Gidney, Chuck Wendig, and Grady Hendrix. A true Renaissance in two of my favorite genres.

Erika T. Wurth’s published works include a novel, Crazy Horse’s Girlfriend, two collections of poetry, Indian Trains and One Thousand Horses Out to Sea and a collection of short stories, Buckskin Cocaine. A writer of fiction, nonfiction, and poetry, she teaches creative writing at Western Illinois University and has been a guest writer at the Institute of American Indian Arts. Her work has appeared or is forthcoming in numerous journals including Boulevard, Drunken Boat, The Writer’s Chronicle, Waxwing and South Dakota Review. She is Apache/Chickasaw/Cherokee and was raised outside of Denver. 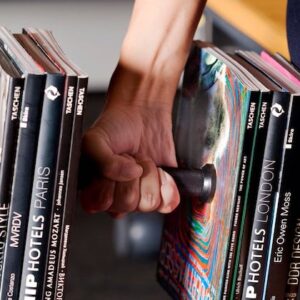 Terry Kvasnik had been training for this moment his entire life. Starting with gymnastics at the age of three and then moving...
© LitHub
Back to top