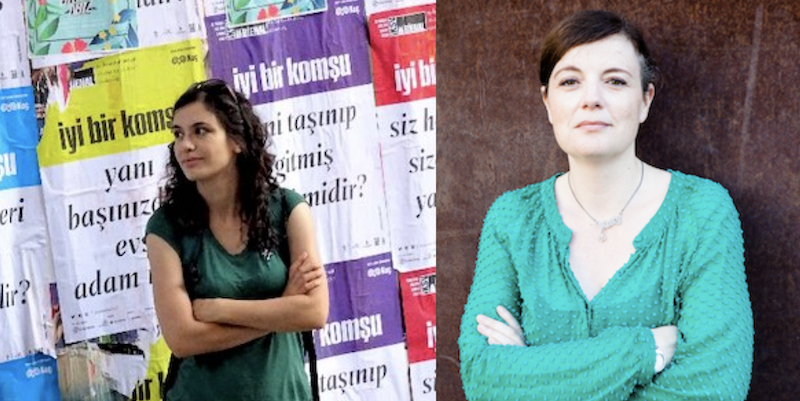 A Conversation Between Katy Derbyshire and Ayça Türkoğlu

The Blacksmith’s Daughter follows the life of Gül, a young girl growing up in rural Turkey in the 40s and 50s, who later moves to Germany as a migrant worker. Gül’s beloved mother dies, leaving behind her husband, Timur the blacksmith, and three young daughters. When Timur remarries, the girls’ new stepmother has none of their late mother’s warmth and Gül often feels compelled to take on the role of mother to her younger siblings. Nevertheless, the family enjoys plenty of simple pleasures: summer evenings sat outside listening to the radio, games played in the street, and the close bond Gül shares with her father, who cherishes his first-born. Below, translators Katy Derbyshire and Ayça Türkoğlu discuss bringing Selim Özdoğan’s The Blacksmith’s Daughter into English for the first time.

Katy Derbyshire: This book has been with me a really long time, since it came out in German in 2005. That’s 15 years now—incredible! I remember it reminding me of Laura Ingalls Wilder, bizarrely, because of all the domestic detail and because of the way I really felt for the characters. I know it was one of the books that prompted my burning desire to translate literature, although back then I wasn’t in a position to get any translations published. But I made a big fat dossier about the book and sent it to British publishers, who had no idea who I was and either turned me down politely or didn’t respond.

How did you come to the book, Ayça, and can you remember your response to it?

Ayça Türkoğlu: I came to the book much later. Actually, Katy, it was through your blog. I spotted it again in The Edge of Heaven, one of my favorite Fatih Akın films, so I bought it and added it to my TBR pile, then forgot all about it for a while. I started reading it not long before you asked to co-translate it with me; it was an act of wish fulfilment, really. I remember I spent quite a lot of my first reading of the trilogy clutching my chest. I just love the sentimentality of it, I’m a real sucker for the Anatolian blues. I like the balance of foibles and virtues in every character, and how the story is peppered with these lit- tle village tales and bits of hearsay that I recognised from my own childhood (the baby and the safety pin, the man and the unfortunate dog…).

KD: I can definitely relate to the sentimentality appeal—our initial versions of the translation are dotted with comments by one or other of us saying basically: Awwwww!

KD: I’m not sure how my approach changed over time. I like to hope I’ve honed my skills over the past decade and a half, so I was too scared to look at the very first translations I did from the book. But I felt a special kind of joy mixed with nostalgia for my younger self when I retranslated an early passage, about scrumping pears. I remembered agonizing over whether I could use that verb, scrumping, which back then I thought was very specific to English (how odd that German doesn’t have a single verb for stealing fruit off a tree…). I’ve learned in the meantime to use the riches of the language with fewer qualms—if we’re going to lose the occasional thing in translation, why not add extra flair where we can? You mention your own childhood memories of Turkey, Ayça, and they proved invaluable for our translation. Although Selim wrote the books with German-speakers in mind, he told me he hid subtle references to Turkish sayings and such, which Turkish-speakers would spot but I certainly couldn’t. Now we’ve re-embedded them—I hope—in a new version for Anglophone readers. Did you have Turkish-speakers in the back of your mind while you were translating, though?

AT: I think so. I could certainly hear certain people when reading some passages. I like that extra layer that’s available to Turkish-speakers in the text. Sometimes I’d get an inkling of what a sentence or an expression would be in Turkish and I’d translate that instead. Sometimes I’d find I responded differently to lines once I imagined them in Turkish, particularly the song lyrics that crop up. It was interesting to see the solutions we came up with for the Turkish pleasantries that English lacks, like the phrases used before a meal, or to greet someone who’s working.

Were there any sections of the book or aspects of Selim’s writing that you were apprehensive about translating before we started?

KD: I don’t think so! I think I was just raring to go after such a long wait… What I really wasn’t sure about was the co-translation process. I’d never shared a translation before except in workshop situations, where translating ends up so drawn out that it takes days to translate a single page. That’s a really valuable experience—because it makes everyone explain their word choices, advocate for certain tenses or prepositions, argue over punctuation… But it’s not viable for a book-length translation with a deadline attached! How on earth would we get a translation done well by two people in a fixed amount of time?

I asked a few people who have co-translated before but there didn’t seem to be a patent solution, and often it seemed rather hierarchical, with a junior and a senior translator, if you like. What I wanted was for the two of us to be on equal footing—we both bring different experiences, enthusiasms and backgrounds to the job and I hope they’ve flowed seamlessly into the text. And now—maybe because we divided the book up into quite short alternating chunks—I can’t necessarily distinguish the passages I translated from your sections, which I edited, and vice versa. Unless they made me cry. So it was a hugely positive experience and I think the result is a genu- inely outstanding translation.

AT: Yes,I did wonder how the co-translation process would work—and I worried how you’d feel sharing a book you’d loved for so long with another translator! I can’t imagine I would have been as generous… I enjoyed working together so much, though. It was lovely to be able to share that instant feedback with another translator, to feel reassured that you’d made a good choice or just enjoy the other’s work. I loved how, every few pages, one of us would leave a little comment on some phrase or other saying, essentially, ‘Nice one.’ I also enjoyed the occasional bit of bitching when a character was misbehaving.

KD: Me too! What are your hopes for the book?

AT: Besides an English-language film adaptation by Fatih Akın, based on our translation…? I hope people come to love Gül and Timur as much as we do. Gül is such a survivor, the kind of woman almost everyone knows and loves but whose story never gets told. Timur is the archetypal Turkish father, fierce and soft in equal measure.

But what are your hopes, Katy? If that’s not cheating…

KD: It’s not cheating! Obviously, I’m totally with you on the film adaptation and on readers coming to love the characters. One other thing would be for the book to bounce back to Germany—often an English translation lends writers more respect in their own countries, and I hope that will be the case here, too. As I see it, Germany hasn’t sufficiently valued stories about the people whose labour helped build its economy in the 1960s and 70s—whether migrants or other workers—and I’d love for readers in Germany to rediscover this beautiful and important trilogy.

Read an excerpt from The Blacksmith’s Daughter here. 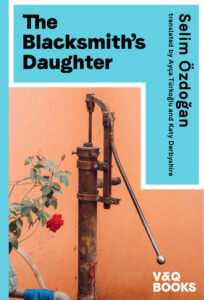 The Blacksmith’s Daughter by Selim Özdoğan (trans, by Ayça Türkoğlu and Katy Derbyshire) is available now via VQ Books.

Third Time's the Charm: A Conversation with the Tenacious Sari Rosenblatt 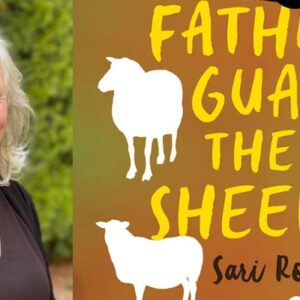 Third Time's the Charm: A Conversation with the Tenacious Sari Rosenblatt

In Sari Rosenblatt’s collection, Father Guards the Sheep (University of Iowa Press, 2020), by turns tender and hilarious,...
© LitHub
Back to top
Loading Comments...