Danielle Dutton Offers the Only Writing Tip You'll Ever Need

“Never miss a good chance to shut up.”
–Will Rogers

If you’re a writer who pays any amount of attention to the Internet (and how can you not be?), then you, like me, are no doubt regularly bombarded with advice: “37 Brutal But Eye-Opening Tips from Famous Authors,” “Jack London’s Writing Advice,” “Ten Rules for Writing Fiction.” It seems not a day goes by that I don’t find one or more of these headlines in my feed. Yes, of course, I could ignore the links, or stay off social media altogether, but often enough I find myself signing in and clicking through—because who doesn’t hope occasionally for some brilliant blast of insight, some perfect kick in the ass?—only to be left strangely deflated by the advice I’ve just received. In fact, I’ve come to suspect that the likelihood of these pearls of wisdom stymieing a writer—aspiring or otherwise—is quite a bit greater than the chance of their helping her at all.

Take this gem, upon which I recently stumbled:

“Here is a lesson in creative writing. First rule: Do not use semicolons. They are transvestite hermaphrodites representing absolutely nothing. All they do is show you’ve been to college.”

At a coffee shop in Chicago, I once served a bagel to Kurt Vonnegut; that’s possibly the high point of my many years waiting tables. He seemed to me a nice person—twinkly, grandfatherly—and I’d very recently read and loved Slaughterhouse Five. That said, WTF? Putting aside the problematic politics of this (ok, dated) statement: Semicolons do serve, you know, a purpose (c.f., Claire Messud: “For those of us whose thoughts digress; for whom unexpected juxtapositions are exhilarating rather than tiresome; who aim, if always inadequately, to convey life’s experience in some semblance of its complexity—for such writers, the semi-colon is invaluable”), while most of the best books I’ve encountered indeed read as if their author went to college (Virginia Woolf’s, for example, who never did). Even if Vonnegut’s just being funny (and he isn’t just being funny, or even . . . funny) it’s not at all hard to imagine a legion of young Vonnegut fans becoming smug about semi-colons for the rest of their lives, and about writers who use semi-colons, and for what?

If that one’s too silly, here’s one that at least sounds closer to sane:
“Don’t go into great detail describing places and things.”

Advice often robs us of the things we love. This advice, for example, might rob us of a writer like Georges Perec, who goes into such great detail in his Life: A User’s Manual, with its “meticulous descriptions of all the objects in each of the rooms of a seven-storey block of flats in Paris . . . surely a device permitting or more probably requiring the use of every word in the Grand Larousse dictionary,” as David Bellos, the book’s translator, describes it. And what of Woolf and her gorgeous “Kew Gardens” (“From the oval shaped flower-bed there rose perhaps a hundred stalks spreading into heart-shaped or tongue-shaped leaves half way up and unfurling at the tip red or blue or yellow petals marked with spots of colour raised upon the surface; and from the red, blue or yellow gloom of the throat emerged a straight bar, rough with gold dust and slightly clubbed at the end. The petals were voluminous enough to be stirred by the summer breeze, and when they moved, the red, blue and yellow lights passed one over the other, staining an inch of the brown earth beneath with a spot of the most intricate colour”), so thick with visual description it seems almost to become a garden itself?

“A sentence should not have more than ten or twelve words.”

“Include a beautiful woman with raven locks and porcelain skin, preferably quite young, and let her die tragically of some unknown ailment.”

“Write only when you have something to say.”

On the surface, at least, this last isn’t such terrible advice. And yet it seems to posit a world in which we all process thought in the same way. Perhaps Hare processes the world internally, thinks about what he wants to say before he says it, later articulating his ideas clearly and with confidence—but not everyone works like this. Donald Barthelme, in his essay “Not-Knowing,” makes clear that he did not: “the writer is one who, embarking on a task, does not know what to do.” I certainly don’t. Like many, I find meaning in the process of writing, and I value the energy of “becoming” or “coming to” as essential to my work. If I waited to have something to say, I’d never say a thing.

In that same essay, coincidentally, Barthelme disparages the semi-colon, which he finds “ugly, ugly as a tick on a dog’s belly. I pinch them out of my prose.” Yet this is not, it seems to me, Vonnegut-like advice. The difference is that Barthelme is identifying a quality of himself that makes his own prose particular, while Vonnegut is assuming a pose of rightness. It’s this pose of rightness that surely makes “advice” so dangerously intimidating, since in all other ways, embracing our specificity (not sameness, nor rightness) would seem to be largely the point of writing. Barthelme not only understands that his feeling toward semi-colons is personal, but, more importantly, he understands that the value of this preference—its value for him as a writer—lies precisely in the fact that it is personal, an element of himself expressed as an aspect of style, an element that distinguishes him from—not Vonnegut, apparently, but plenty of other writers.

Numerous others have already debunked the glaring dumbness of this argument (e.g., “The idea that motherhood is inherently somehow a threat to creativity is just absurd.” –Zadie Smith) and I’ll add, for myself, that having a child has certainly enriched my writing, if only for the ways that being a mother has taken me outside myself, and then put me back into myself differently arranged. Finally, though, what Ford’s advice makes me think of is not writing at all, but simply advice itself, the tyranny of advice. When I was pregnant with my son and reading all those books about how best to give birth, how best to put my baby to sleep, or feed him, or name him—it was around that time I started to think more seriously about how crazy-making the barrage of writing advice really is. I admit I read all those pregnancy books with at least some conviction and earnest attention—I had no idea what I was doing!—but a year or so into raising my own actual child I realized how much those books—or the accumulation of their multiple and various voices in my mind—had overwhelmed some of the natural confidence I might have had as a mother, and done harm to my ability, as a mother, to learn. In fact the best advice I got came from a neighbor whose own children were grown and who stopped by one day—seeing me depressed and frazzled at the store—offering to hold the baby for an hour while I took a shower and dressed. When she left, she handed him back and said, basically: “I know it’s hard, but that’s normal. No one knows how to do it.”

Writing is a process so mysterious and weird and fragile and confusing and specific as to be almost impossible for any writer to fully articulate even to herself. For me, the only writing advice that stirs anything meaningful in my guts or brains—advice that opens me up rather than shutting me down—is advice that acknowledges the limits of what we can know about ourselves or our work, that acknowledges (even revels in) the unknowable, the void.

Take Marguerite Duras’s elliptical essay “Writing”: “Writing is trying to know beforehand what one would write if one wrote, which one never knows until afterward.” Or: “There is something exhilarating about successful, magnificent mistakes.”

And at one point I benefitted from Kathryn Davis’s account of how she knew when to abandon a book-in-progress:

The very first novel I wrote was horrible, as so many first novels are. I put my novel in a box and hid it somewhere. I don’t even know where it is anymore. When you’re working on a novel, you have this idea that it’s not easy to write one, and that one of the things you have to do is persist through the difficult times. Inevitably, there’s always that moment when you find yourself wondering, “Well, is this an instance of a problem that I have to persist through, or am I just working on a horrible novel that I should just get rid of?”

I was wondering that with my very first novel, and then one night I had a dream. At that time, I lived out in the middle of the country. In the dream, I was walking out of the house toward the barn, and this horse stuck its head out through the top of the barn door. It was  Mr. Ed, the talking horse. He said to me, “It’s borrrring,” and I knew he meant my novel. From that moment on, I put my novel in a box and moved on to the project that became my actual first novel Labrador. That was all because of Mr. Ed.

Maybe this isn’t advice? Whatever it is, I love it.

The thing is, as a reader, I’m interested in work that’s figuring itself out, finding its way—flailing a little, even—work that surprises and challenges me with its excesses of form or feeling (or semi-colons). In other words, I want writing that doesn’t seem to have looked outside itself for any steadying advice (except perhaps to a talking dream horse). As a writer, I’ll freely admit I’m often looking for some reassurance that I’m on the right track, but it’s reassurance I find only when I’m reminded that there’s no right track at all.

Danielle Dutton is the author, most recently, of the novel Margaret the First. Her writing has also appeared in BOMB, The Paris Review, NOON, The White Review, etc. She is co-founder and editor of the feminist press Dorothy, a publishing project. 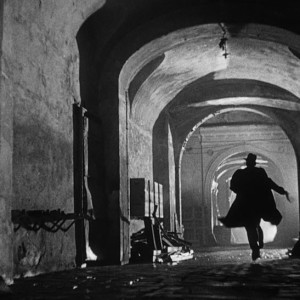 Each month, I'll be recommending five works of mystery/crime/suspense fiction, new or old, with no agenda other than to share...
© LitHub
Back to top