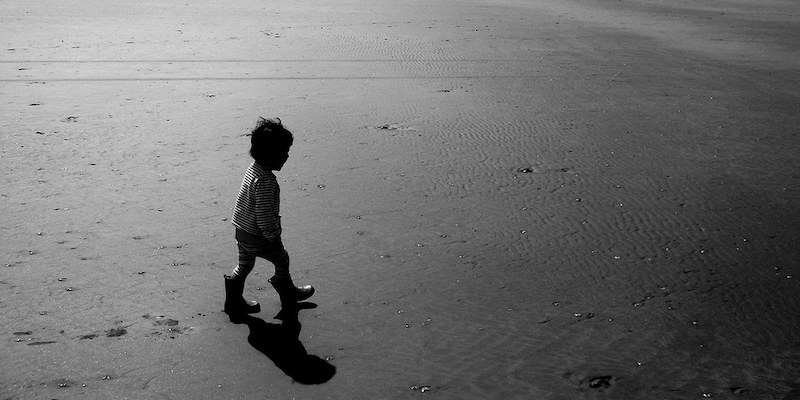 Erika L. Sánchez Traces the Adventures and Losses of Bless Me, Ultima

As a new mother, I think a lot about what childhood means, how we inadvertently hurt children because we don’t truly see them. Childhood is its own kind of wilderness. So many decisions are made without you. You are often at the whims of the adults in your life, of your socioeconomic status, of your environment.

Rudolfo Anaya understands the loneliness of childhood. His young protagonist in Bless Me, Ultima, Antonio, is a boy so aware of the world that he aches with it. He has the soul of an artist. He feels the boundlessness of the desert, the interconnectedness of all things. He understands the anguish of his war-ravaged brothers, and he watches his parents quietly and not so quietly longing for a life much different from the one they have. Antonio feels so familiar; his expansive spirit reminds me of Walt Whitman’s poem “There was a child went forth every day,” which I carry with me.

There was a child went forth every day,

And the first object he looked upon and received with wonder or pity or love or dread, that object he became,

And that object became part of him for the day or a certain part of the day. . . . or for many years or stretching cycles of years.

This is Antonio, this is me, this is every child who is deeply conscious of the world they inhabit. Anaya is a descendant of Whitman, and I strive to be the descendant of both. The first time I read the poem, at the age of sixteen, I burst into tears—I had never known that others absorbed the world in the same ways I did.

Children are so often dismissed, their unfiltered awareness of the world disregarded. That is the tragedy of childhood and adolescence.

Like Whitman, Anaya was a poet: his writing is so alive. As a poet myself, I found myself smiling and nodding at this novel’s many beautiful metaphors and expertly crafted sentences. It’s enchanting: a journey of the senses, and a classic for a reason. Bless Me, Ultima made me feel seen in the same way that Whitman’s poetry does. While I was reading this beautiful book, something broke open for me, and writing this foreword felt like removing an ancient splinter. I was faced with my younger self again, the little girl perpetually bewildered by her feelings, and was suddenly overwhelmed with grief: what a salve this book would have been at sixteen! But like many books by people of color, it didn’t make it into my hands until much later.

Antonio’s fate has already been decided by his mother, a woman who has pinned her hopes and dreams onto her very young child. She’s decided that he will be both a priest and a farmer. All the while, his nostalgic and oblivious father yearns for a life in the west. Antonio feels the weight of it all, though he doesn’t often articulate it. Like the child in the Whitman poem, he absorbs everything around him, both the beautiful and the terrible.

Bless Me, Ultima is a coming-of-age novel about loss of innocence: Antonio witnesses unspeakable things in it, things that no child should ever witness. But it is also a story of spiritual awakening. Antonio asks profound questions: Why are we alive? Why do people commit evil acts? Why do we hurt each other? Why does God allow horrible things to happen? Antonio, the young philosopher, wonders: “The soul was lost, unsafe, unsure, suffering—why couldn’t there be a god who would never punish his people, a god who would be forgiving all of the time?” And later he says: “I called again to the God that was within me, but there was no answer. Only emptiness.” I feel you, Antonio. So many of us do.

Children are so often dismissed, their unfiltered awareness of the world disregarded. That is the tragedy of childhood and adolescence. There is so much knowledge there. Children have their own kind of clarity. Yet as children, many of us have to learn to quiet our spirits in order to survive.

The only person who truly sees Antonio is Ultima, the elder and healer who is invited to live out the rest of her days with the family. The unlikely friendship between Antonio and Ultima is beautiful for many reasons, but mostly because this wise and mysterious woman allows Antonio to be himself. She doesn’t tell Antonio what to do or how to feel, and instead shares with him her knowledge of plants and spirits. She is his guide as he navigates the end of his childhood and the beginning of his adulthood.

Ultima has deep knowledge of the land, the plants, the trees, and human nature. Her powers are undeniable; she is both revered and feared. And for this she is accused of being a witch, a story as old as time—women with knowledge have always been dangerous to men. Her name is literally The Ultimate, so what else could she be but threatening? Antonio, however, recognizes her strength and intelligence and finds solace in her presence. When we’re still new to the world, everything seems possible. It’s not until we grow older that this freedom is often taken from us. Antonio is able to appreciate what the adults fear in Ultima.

Literature is a conversation with the past, present, and future.

Like Ultima, Anaya’s books have been seen as threatening. They’ve been criticized for their use of Spanish, and Bless Me, Ultima has often been banned by those scandalized by its themes of sexuality, violence, and “non-Christian” spirituality; one school board even burned copies of it. Anaya was an author who appreciated different perspectives and cultures, and the nuances of being human. Books like his celebrate differences instead of persecuting them.

I often think about the literary tradition and how in each generation there are writers hostile or indifferent to the white gaze, those who chisel out a space in the “canon” without compromising their integrity. Those who make their worlds so true that their brilliance is undeniable. I think of this Toni Morrison quote: “I stood at the border, stood at the edge and claimed it as central. I claimed it as central, and let the rest of the world move over to where I was.” This is the place Anaya wrote from. One of the forefathers of Chicano literature, he crossed many literary borders and has paved the way for many of us. Without his work, books like mine could not exist. As I often tell my students, literature is a conversation with the past, present, and future. We’re all interconnected.

Lately, I’ve been wondering what happens to Little Antonio. The child who looked so deeply inside of himself that he found the truth: “I wonder if the knowledge I sought would destroy me. But it couldn’t, it was God’s knowledge.” A boy who venerates knowledge and truth? Well, goddammit.

Antonio knew how to pay attention, and that is the sign of a creative spirit. I’m convinced that he goes on to become an artist. In the novel, he is on the verge of something quite magical. I see him beyond the borders of it, crossing them like his creator did, and like Whitman did, and awakening us to the spirit of the child who lives in all of us. 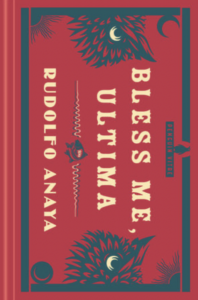 From Bless Me, Ultima by Rudolfo Anaya, published by Penguin Classics, an imprint of Penguin Publishing Group, a division of Penguin Random House, LLC. Foreword Copyright © 2022 by Erika L. Sanchez.

This new edition coincides with the 50th anniversary of Bless Me, Ultima.

Erika L. Sánchez is a poet, a feminist, and a cheerleader for young women everywhere. She was the sex and love advice columnist for Cosmopolitan for Latinas for three years, and her writing has appeared in the Rolling Stone, Salon, and the Paris Review. Since she was a 12-year-old nerd in giant bifocals and embroidered vests, Erika has dreamed of writing complex, empowering stories about girls of color--what she wanted to read as a young adult. She lives in Chicago, not far from the setting of I Am Not Your Perfect Mexican Daughter. Erika is fluent in Spanish, Spanglish, and cat. You can find out more about her at erikalsanchez.com or @erikalsanchez.

How the Democrats Ditched Economic Populism for Neoliberalism 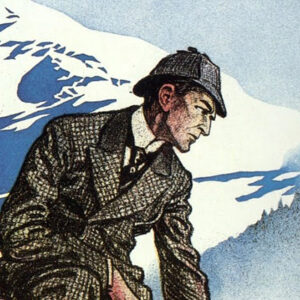