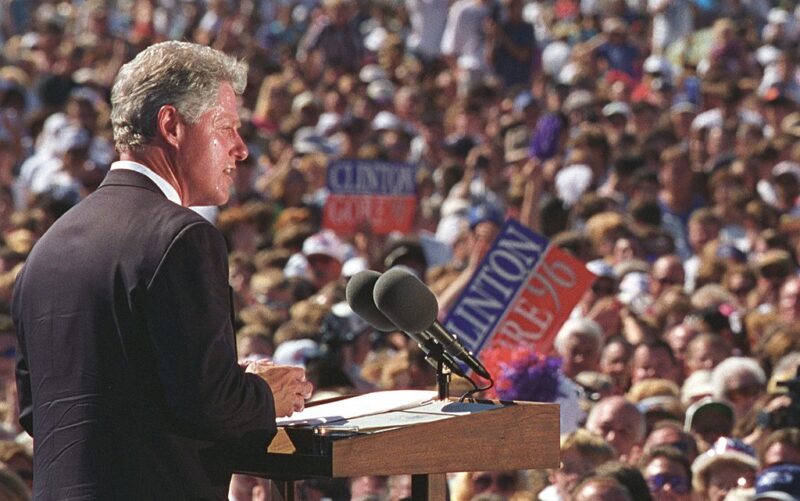 How the Democrats Ditched Economic Populism for Neoliberalism

Michael Kazin on the Pro-Business Transformation of the Democratic Party

During Nancy Pelosi’s first terms in Congress in the late 1980s and early 90s, few Democratic leaders questioned the need to tack to the center to win over the prized white middle-class voters who could, they believed, make them the majority party once again. After the debacle of the 1994 midterm, Bill Clinton adopted that strategy—to win reelection and nudge the party toward embracing the business-friendly outlook of the Democratic Leadership Council—but without alienating his base among urbane liberals.

In his 1995 State of the Union Address, the president seemed to embrace the conventional Beltway wisdom that the conservatives who had just taken command in Congress had also won the battle to shape public opinion. “The era of big government is over,” Clinton declared. He called for “balancing the budget in a way that is fair to all Americans,” a goal he said enjoyed “broad bipartisan agreement.” Democrats, it appeared, would no longer abide by the Keynesian theory that budget deficits were fine as long as spending created jobs and lifted Americans out of poverty. The next year, Clinton signed a “welfare reform” bill that cut back payments to single mothers in need. By 1998, tax receipts from an economic boom had indeed made it possible for the government to balance the budget for the first time in almost three decades.

Before the president left office, he also signed the repeal of the Glass-Steagall Act, passed during the Great Depression, which had prohibited commercial banks from investing the money of their depositors on stock speculation and other risky financial ventures. The party once known for fighting for the interests of wage earners and small farmers against big business now seemed intent on rolling back nearly any regulations that made CEOs unhappy.

Yet Clinton was too clever a politician to turn away from those positions dearest to his party’s progressive base. While implementing neoliberal ideas about the economy, he also made a number of decisions that liberals in his party could cheer. He signed legislation—from the Family and Medical Leave Act, a higher minimum wage, and an expansion of the Earned Income Tax Credit to a doubling of federal funding for childcare—that benefited Americans with few resources and little control over their working lives. As the progressive congressman Barney Frank later wrote about Clinton and his fellow New Democrats, “Their plan was to accommodate anti-government sentiment in general while attempting to increase government in the particular.”

Clinton used the boom of the late 1990s to put his Republican opponents on the defensive rather than to chart a humane future either for the nation or the world.

The president also appointed hundreds of liberal judges (many Black or Latino) and his two choices for the Supreme Court, Ruth Bader Ginsburg and Stephen Breyer, were stalwart defenders of abortion rights. For top posts at the Environmental Protection Agency and the National Labor Relations Board, Clinton picked officials who actually cared about protecting the environment and the rights of workers. On the other hand, he expended little effort helping organized labor regain some of its lost numbers and clout. The needs of the party’s institutional bulwark thus lost out again to the pressure of corporate lobbyists. Unlike Jimmy Carter, Clinton at least had the excuse that he had to govern with a Congress led by Republicans like Newt Gingrich who would have been happier if unions did not exist at all.

In the end, Clinton’s main political accomplishment was a defensive one. He won reelection easily in 1996 and thus stalled the growth of the right. Since the late 1960s, conservatives had feasted on an image of liberals as arrogant, effete, and out of touch with the problems of ordinary Americans. Clinton—with his campaign bus tours, his empathy for voters “in pain,” and his praise of Americans “who work hard and play by the rules”—helped make at least a mild brand of social reformism palatable again to whites who had grown wary of the image of the party as a bastion of cosmopolitans and ghetto dwellers. His sponsorship of a crime bill that increased the number of police and boosted the incarceration of African Americans was intended to assuage their fears, although the Congressional Black Caucus backed it, too. That Clinton’s second term was marked by an unemployment rate under 4 percent, coupled with low inflation and lower crime rates, further brightened the public’s mood.

For such an astute politician, advocating a robust vision of moral capitalism and programs to embody it would have required a robust progressive insurgency. But those movements on the left that did exist in the second half of the 1990s were just beginning to awaken from a long spell of insularity and division. Black and Hispanic activists lacked a common agenda, and most spent their energies defending affirmative action and/or immigrant rights against right-wing attacks like that in California. Organized labor was a demoralized movement until John Sweeney of the Service Employees International Union became president of the AFL-CIO at the end of 1995, and it took the rest of the decade for him and his allies to persuade even a minority of unions to devote sizable resources to organizing new members. There was, to be sure, no shortage of liberal and radical intellectuals in the universities.

But many humanists and social scientists mistook an enthusiasm for postmodern discourse theories for political insight and wrote prose only an insomniac could appreciate. The fifty thousand demonstrators who occupied the streets of Seattle in the fall of 1999 to shut down a meeting of the World Trade Organization were able to unite environmentalists and labor groups behind a shared contempt for a system that seemed to cherish no value but the bottom line. But this infant campaign for global justice failed to mature into a sustainable one.

Through the Clinton years, the American left possessed neither the ideas nor the numbers to have much influence in or on the Democratic Party.

One evening in 1996, I happened to be playing poker, badly, with a small group that included George Stephanopoulos, then one of Clinton’s top aides and no friend of the DLC wing of the party. I asked him what might persuade the president to adopt more left-wing stands on economic issues. “I wish we had a left to push us,” he replied. The conversation took place before the president’s affair with Monica Lewinsky blew up the media. Besides stamping Clinton as a sexual idiot and getting him impeached, the scandal prevented the president from advancing any substantial initiatives during what remained of his second term.

Politics is fundamentally a contest between social forces, and through the Clinton years, the American left possessed neither the ideas nor the numbers to have much influence in or on the Democratic Party. Industrial labor had played that role during FDR’s dozen years in power, and the Black freedom movement repeated it in the 1960s, until LBJ’s escalation of the war reduced his administration to ashes.

Absent such pressure, it’s not surprising that Clinton was most vocal about cultural issues that didn’t directly challenge big corporations, the most powerful interests in the land. He could speak eloquently about “racial healing” and denounce gay bashing and other blatant forms of bigotry without incurring the wrath of K Street lobbyists. Such stances did help diminish the nastiness built up over the 1970s and ’80s and made diversity seem an increasingly legitimate (if occasionally banal) goal of institutions, both public and private. But to grapple seriously with the wage gap and hardcore poverty in the inner cities would have required some redistribution of wealth.

To spotlight such issues in the absence of a grassroots movement and with Congress in the grip of the GOP would have taken a president willing to lose a battle that might set the stage for a later victory. Unfortunately, that is a trait few leaders of any major party have ever possessed. So Clinton used the boom of the late 1990s to put his Republican opponents on the defensive rather than to chart a humane future either for the nation or the world. 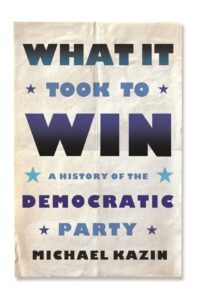 Excerpted from What It Took to Win: A History of the Democratic Party by Michael Kazin. Copyright © 2022. Available from Farrar, Straus and Giroux, an imprint of Macmillan.

Michael Kazin is a professor of history at Georgetown University and editor emeritus of Dissent. His books include American Dreamers: How the Left Changed a Nation, The Populist Persuasion, and A Godly Hero: The Life of William Jennings Bryan. He is a member of the American Academy of Arts and Sciences and editor of The Princeton Encyclopedia of American Political History. 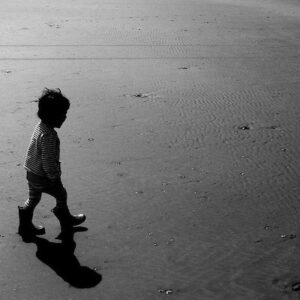 As a new mother, I think a lot about what childhood means, how we inadvertently hurt children because we don’t truly see them....
© LitHub
Back to top
Loading Comments...