Though we gaze at each other across a socioeconomic divide, I’ve discovered over time that my dreams are similar in form, if not substance, to those of the students who enter my developmental English classes each semester.

Reggie was one of them, an aspiring nurse and a student in my accelerated English classes, which are designed to help students quickly catch up to their peers. The courses appeal to adults returning to school who are at a bend in the river and eager to put some difficult passages behind them. In Reggie’s case, this included a two-year prison sentence and a relocation from Philadelphia to Pittsburgh.

Reggie was slim, wiry and strong, with an almost pretty face that was occasionally lit with a wide, angelic smile. He lived in public housing, worked too many hours at a Lone Star Grill on the outskirts of town, and depended on the Allegheny County Port Authority to get him everywhere. He had a daughter back home in Philadelphia whom he spoke of only in passing—“Hitching a ride with a buddy to Philly to see my little girl”—but in those moments, when his voice would rise a half-octave, it was clear how much he loved her and missed her.

For the classes he took with me, we read a long passage from John Edgar Wideman’s Brother and Keepers. In it, Wideman tells the story of his brother Robby, who was imprisoned for life for a crime he committed that resulted in a man’s death, and the burden of sorrow, regret, and anguish he experiences about his mother, his child, and the web of history and circumstance that led to the fateful moment. Robby says, “Here I sit today behind that story. Nobody to blame but my own self. I know that now. But things was fucked up in the streets. You could fall in them streets, Brother. Low.”

Reggie recognized himself in Wideman’s story—he had a younger brother back home whom he knew he’d let down when he’d gone to jail on drug charges—but he didn’t write about his siblings or his daughter beyond a few brief references, possibly because, like many students, such revelations might compromise his privacy and dignity. He was more interested in the sociopolitical underpinnings of the essays we read that also framed his own story. In the case of the Wideman passage, this was the plight of black families living in blighted, high-crime neighborhoods, circumstances which Reggie believed hadn’t changed in the 40 years that had passed since Robby’s conviction.

Reggie was fairly indifferent to the practical matters of writing essays: thesis, summary, quotation, and analysis. He struggled with grammar and punctuation, skills that often block community college students’ progress through developmental courses. He missed too many classes, turned in too many essays late, spent too many hours on buses, took too much overtime, and slept too little. (His story is like many.) At the end of the semester he was barely scraping by with a C in both courses he took with me.

He came to my office on a warm day in May just after classes had ended, two late papers in hand. He asked me what grades I was thinking of giving him, and when I told him, he shook his head and said, “I get that, but see, I’m failing math. I’m gonna lose my funding if I don’t get at least a B in your classes. It’s all about grade point average. I don’t make 2.5, I’m done. Any extra credit or anything I can do to move those grades up?” But the term was over, and there was no time and nothing more to be done. I’d heard similar requests from students throughout my teaching career. His appeal was an academic one, but his plea was personal.

I told Reggie I’d consider it, and he shook my hand, thanked me, and left. Most likely, if I didn’t raise his grades to a level he hadn’t earned, he would not only lose his financial aid, but likely be placed on academic probation or suspension, and his college aspirations would end there.

I’ve struggled with unfulfilled aspirations in my own life. At age 17, I decided I wanted to become a writer, and I pursued that dream through four years of undergraduate work and an MFA, but at each milepost—age 25, 30—and the births of my children, I was looking at the same short list of publications in largely unknown literary magazines, and I was scraping together a living teaching as an adjunct. At 35, when I was finally hired full-time at the community college, I was humbled enough to feel grateful—for a modest but steady salary, for healthcare, for some stability for my kids, despite a failed marriage. I would like to say I poured myself into my teaching, but I was never a gifted teacher, merely dutiful; still, the five-course-per-semester load and the accompanying paper-grading took most of my working hours, and the demands and devotions of fatherhood sent writing to the boundaries.

I quit altogether for years and took it up again only in desperation after a second failed marriage. By then, I was 45, and for the first time since graduate school, I wrote consistently and seriously, two manuscripts of short stories and two novels in a span of ten years. But all I had to show for this work, again, was publication in a few small literary journals.

The disappointments were sometimes profound and pulled down hard in my gut, but I’d learn to navigate them by late middle age, as has everyone. Even teaching at a community college, rather than a university is often viewed as a consolatory achievement: occasionally, when I introduce myself to someone at a party as a college professor and that person asks, “Graduate school?”, and I say, “No, a community college,” the well-meaning response is, “Well, good for you!”

I still dreamed. Silly dreams, at times, from how I might answer questions from Terry Gross about my late-breaking writing career to the conjuring of a great-grandchild who might open the drawer of an abandoned desk and find a yellowing manuscript of my work. I knew I was by no means alone among unpublished writers, but I also knew as each year ticked by, the chances of success, by virtue of my age alone, diminished.

I wrote another novel, in part as a tribute to a faith in work alone that I held rather loosely. When that novel was taken up by a young and gifted agent, I felt like a student again. I received more detailed criticism than I had in 30 years and worked through multiple revisions, cutting broad passages I loved, reinventing others, failing at those reinventions, and reworking them again. When the book was sold to an editor whose contagious enthusiasm came along with a fine advance, my world was refracted. Had the success come 30 years earlier, I would have been inflated with promise and pride. Coming as it had, I felt an immense relief. I was suddenly less alone.

The news of the novel’s acceptance was a month old when Reggie walked into my office on that May day. Is it fair to say that I saw myself in him? He was twenty years younger and was desperately trying to build a life about which his young daughter would be proud while confronting barriers of race and class that I’ve never had to clear. That mattered to me, just as it mattered to me that my own children might be proud that their flawed father had finally published a book. I had lived long enough to know that Reggie’s future didn’t teeter on my decision alone—I did not have that power. And I had also taught long enough to see hundreds of students like Reggie in developmental courses disappear from my classroom and the college: Under 40 percent of developmental students at community colleges earn a two-year degree or certificate after six years. But I had also issued and seen issued enough final grades—thousands—to understand how subjective and flexible “standards” can become.

I changed Reggie’s grades from Cs to Bs.

A colleague recently asked me, now that I’ve published, whether I would quit teaching. A friend tells me I should retire and dedicate myself to writing. “You deserve this chance. You’ve earned it.” I smile and turn the idea over in my mind. Persistence is as essential a life skill as any, and can surprise us, as I learned with the acceptance of my later-in-life novel. Adult students learn this, too. And we teach them with the faith that the thousands we will never see again, never hear from again, will enjoy richer lives as workers, mothers, fathers, employees, and citizens because of the hours spent with us, striving. But now, even five semesters later, when I see Reggie in the stairwells because he’s yet to complete his two-year degree, I question the wisdom of changing his grades. At what point do shibboleths about persistence inflate students and teachers with false promise? But it is not for me to say where Reggie might be otherwise. Like me, he is still here.

Daniel Lowe teaches writing in Pittsburgh, Pennsylvania, and received his MFA in fiction writing from the University of Pittsburgh. His fiction and poetry have appeared in West Branch, The Nebraska Review, The Montana Review, The Wisconsin Review, The Writing Room, The Bridge, The Paterson Literary Review, Ellipsis, Blue Stem, Midway Journal, and The Madison Review. All That’s Left to Tell is his debut.

The Zero and the One 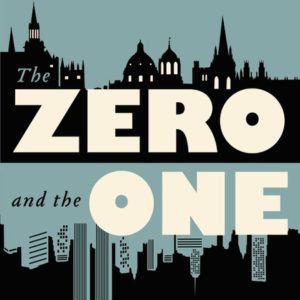 The Zero and the One

I sat down, as I usually did when I visited Zach, on the bed, the only empty surface in his rooms. I expected him to clear...
© LitHub
Back to top