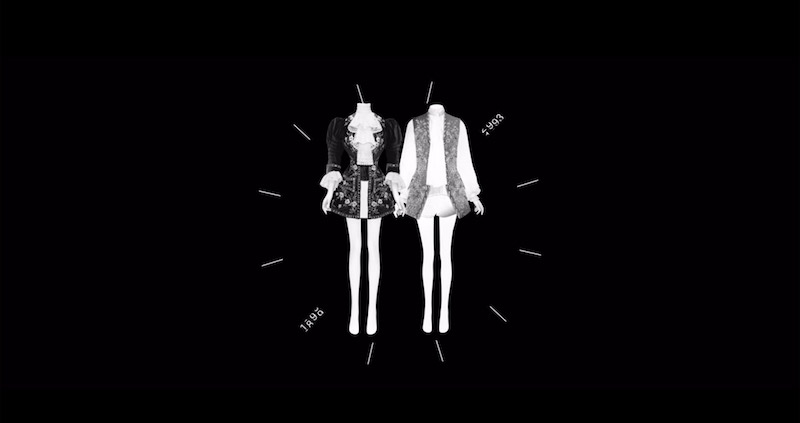 On Orlando, and Virginia Woolf’s Defiance of Time

“Memory is the seamstress” of our inner lives, “and a
capricious one at that.”

The one thing we all seem to know about time is that there’s just never enough of it. Where did you even find the time to start reading this essay? Do you have enough time left to finish it? Time can always be counted on to do the one thing it does best: pass, whether we want it to or not. Children grow, bodies age, memories fade, weekends end, treasured objects obsolesce, outfits go out of style—time passes, and in passing, it slips away. You can’t get it back.

Time is a precious and finite and essentially unrecyclable resource, which is why we worry so much about wasting it, why we try so hard not to lose track of it. Our constant awareness of time’s passing suggests that, as famously complex and elusive a philosophical problem as time is, it is also a painfully simple thing. Time is change. The passage of time tells us that things change and will keep changing and, usually, can’t be changed back.

The distinct sense of time as always fleeting and always changing is one of the hallmarks of modern life. In 1863 the French poet Charles Baudelaire proposed that modernity could be defined primarily by “the ephemeral, the fugitive, the contingent”—qualities that marked both the fact that times were changing and the feeling that they were changing at a faster clip than ever before. What Baudelaire characterizes as the “transitory, fugitive element” of the modern world, Virginia Woolf describes more starkly in her 1928 novel Orlando as “the shock of time.”

More than shock, even; something closer to terror: “For what more terrifying revelation can there be,” Woolf writes, “than that it is the present moment? That we survive the shock at all is only possible because the past shelters us on one side, the future on another. But we have no time now for reflections; Orlando was terribly late already.”

For Woolf, the sheer, shocking force of time’s passage—its ephemerality and fugitivity—seems barely survivable on its own terms. We manage it only by taking shelter in memories of the past or in imaginings of the future. Yet time never ceases to remind us of its intense, ineluctable presence, which is the wonderful irony of this passage: there is “no time now” to reflect on the nature of time since, according to the authority of the clock, Orlando, running late, has already wasted too much of it.

Woolf was obsessed with the cruelty of the clock. In the novelist’s 1925 masterpiece Mrs. Dalloway, Clarissa Dalloway “feared time itself.” This fear is most palpable in response to the public spectacle of the striking clock. Clarissa feels “an indescribable pause; a suspense . . . before Big Ben strikes. There! Out it boomed. First a warning, musical; then the hour, irrevocable.”

Orlando defies the quintessentially modern ways of thinking about temporality and change: she doesn’t change over time in the way she’s supposed to.

Clocks, in Woolf’s worlds, are threatening, oppressive, patriarchal. They divide and conquer, as she makes clear in Mrs. Dalloway: “Shredding and slicing, dividing and subdividing, the clocks of Harley street nibbled at the June day, counselled submission, upheld authority, and pointed out in chorus the supreme advantages of proportion.”

Woolf balked at the “authority” and “submission” embodied by the clock and at its parsimonious commitment to measurement, and she was in constant pursuit of ways to escape it. Orlando is one of her boldest escape acts. The novel is a mock biography that mocks biography, as its subject—a young English duke who lives for several hundred years, practically without aging, and one day in the middle of his life wakes up as a woman—doesn’t live according to the steady, chronological rhythm of biological or biographical time.

Orlando defies the quintessentially modern ways of thinking about temporality and change: she doesn’t change over time in the way she’s supposed to—that is, she doesn’t age—yet she does change in one way (her sex) that most of Woolf’s readers at the time would have found incomprehensible. Orlando’s life makes no sense from the conventional perspective of clock and calendar, according to which certain things never change and other things never stop changing.

Woolf’s transhistorical biography of Orlando thus uses literary convention against itself, turning biographical form inside out in order to ask, What, really, is the time of a life? In what more complex ways might our lives be subject to time?

Woolf finds the answer in what she calls the “extraordinary discrepancy between time on the clock and time in the mind.” The way we measure time in the world doesn’t necessarily jibe with the way we experience time in our heads. And our heads, Woolf asserts, “work with equal strangeness upon the body of time. An hour, once it lodges in the queer element of the human spirit, may be stretched to fifty or a hundred times its clock length; on the other hand, an hour may be accurately represented on the timepiece of the mind by one second.”

Ticking away in our minds, time turns out to be a rather more elastic substance. Ten minutes spent reading this essay might feel like ten hours, or it might (if you and I both are lucky) feel like no time at all.

The longer Orlando lives, the more memories she accrues, the more timelines she finds herself living on.

Attuned to “the timepiece of the mind,” we find that our whole sense of time changes. In fact, it becomes hard to think of “time” in the singular at all. “There are,” Woolf writes, only half-jokingly, “(at a venture) seventy-six different times all ticking in the mind at once.” How can that be? If perception bends time, memory multiplies it. A stray experience in the present suddenly, inexplicably conjures a memory from our past, and before we know it, we are caught up in the “seventy-six different” timelines (give or take a few) that memory threads through our heads.

Orlando is the literary invention that embodies this: the longer she lives, the more memories she accrues, the more timelines she finds herself living on. “Time has passed over me,” Orlando realizes at the end of the novel. “Nothing is any longer one thing. I take up a handbag and I think of an old bumboat woman frozen in the ice. Someone lights a candle and I see a girl in Russian trousers.” Memory is a thousand wormholes strewn across the present, just waiting for us to fall in and find ourselves transported to a different time.

One of the most famous wormholes in modern literature is a piece of cake. In Swann’s Way, the first volume of Marcel Proust’s In Search of Lost Time, the young Marcel takes a bite of a petite madeleine and finds himself overwhelmed by the visceral, sensual force of the past that is hidden “in some material object (in the sensation that this material object would give us) which we do not suspect.”

Proust’s term for this experience is involuntary memory: a “visual memory” attached to sense impressions like tastes and smells. In Marcel’s case, the taste of a small cake dipped in lime-blossom tea causes the suppressed memory of his entire childhood in Combray to burst unexpectedly to the surface. Thus, hidden within a taste, a memory, and within that memory, a different experience of time.

The memory of Combray, Marcel tells us, “had immediately rendered the vicissitudes of life unimportant to me, its disasters innocuous, its brevity illusory, acting in the same way that love acts, filling me with a precious essence: or rather, this essence was not merely inside me, it was me. I had ceased to feel mediocre, contingent, mortal.” Memory is not only in us; it is us. The idea that our identity is constituted through memory completely reorients our relationship to time.

We are no longer “contingent” and “mortal,” caught up in the constant change and terrifying “brevity” of everyday life. Instead, through the hidden gateways of dimly remembered sensations, we discover, Proust says, something “more enduring, more immaterial, more persistent, more faithful”: a sense of the grand continuity of time erected upon “the immense edifice of memory.”

The multiple, looping timelines of memory require us to rethink not only our fidelity to the clock but also our assumptions about what constitutes a lifetime. By the end of Orlando, Woolf’s

Woolf’s and Proust’s ideas about time owe a significant debt to the philosopher Henri Bergson. Now largely unknown outside academic circles, Bergson was the celebrity philosopher of his age. And his influence on modern literature was more than indirect: Bergson married Proust’s second cousin, and the novelist was best man at the couple’s wedding. Bergson argues that our basic sense of temporal succession—the idea of a present moment perpetually erased and replaced by the next one—is an illusion, a mistake born of the human tendency to translate temporal experience into spatial terms (space being the place where objects can be discretely numbered and ordered).

The past and the present happening at the same time? It’s not as far-fetched as it sounds.

The simple, linear movement from one moment in time to the next is, Bergson suggests, not how time really works at the psychological or subjective level. Bergson refers to this kind of mental time as “duration” (durée). “Pure duration,” he writes in Time and Free Will, “is the form which the succession of our conscious states assumes when our ego . . . refrains from separating its present state from its former states.”

For Bergson, all our inner experiences—thoughts, feelings, sensations, memories—exist together in the mind at once; it makes no sense to separate them into the form of a linear sequence. “Inner duration,” says Bergson, “is nothing else but the melting of states of consciousness into one another.” Durée describes an experience of time in which “heterogeneous moments permeate one another” and “the past co-exists along with the present.”

The past and the present happening at the same time? It’s not as far-fetched as it sounds. Really, it’s just another way of describing the split time of memory, which returns us to the past even as we experience it in the present. At the turn of the century, Bergson was not the only thinker preoccupied with the strange temporality of memory. Sigmund Freud’s concept of the unconscious is, in its own way, a theory of time. In the unconscious, formative and traumatic experiences leave a trace in the form of repressed memories that are relived later as dreams, symptoms, or neuroses.

What is repressed always returns. Freud describes our confrontations with these compulsive returns and repetitions emanating from the unconscious as experiences of the uncanny: the eerie feeling that we’ve seen something, encountered something, before. The Freudian unconscious, like the Bergsonian durée, is a way of explaining how the past and the present might really coexist.

For both thinkers, temporal life is woven from the wayward, multistranded thread of memory. Woolf concurs. As she puts it in Orlando, “Memory is the seamstress” of our inner lives, “and a capricious one at that.” 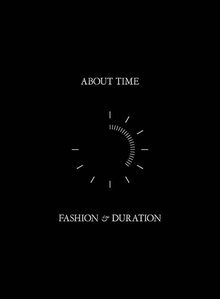 Excerpted from “On Time” by Theodore Martin in About Time: Fashion and Duration by Andrew Bolton. Copyright © 2020. The Metropolitan Museum of Art, New York. Reprinted by permission. Available for purchase through The Met Store and Yale University Press.

Theodore Martin is professor of English at the University of California, Irvine. 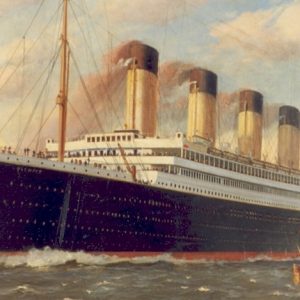 In those halcyon times before the coronavirus turned cruise ships into floating pest houses, I traveled for six weeks on the Queen...
© LitHub
Back to top
Loading Comments...