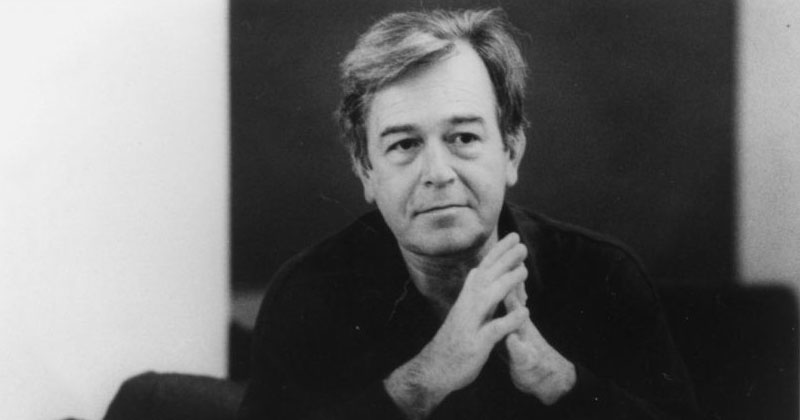 On Nanni Balestrini, the Most Radically Formalist Poet of the Italian Scene

In the late 70s, Nanni Balestrini conceived the idea of a musical poem in collaboration with Demetrio Stratos, the singer of Area, whose exceptional voice was part of the Italian rebel movement’s sound. Then Demetrio died, while Balestrini was forced to exile in France. It was 1979, when the Italian State banned, arrested, and persecuted a group of intellectuals, workers, and activists known as Potere Operaio (Worker’s Power). The poet was one of them.

In fact, on the 7th of April, 1979, dozens of activists, workers, and writers were arrested under the false accusation of being the leaders of the Red Brigades, the militant organization responsible for the kidnapping and murder of Aldo Moro, President of Democrazia Cristina, the nation’s governing party. Those activists, workers, and writers were actually guilty of a different crime: the crime of supporting the progressive movement of autonomia operaia.

That day was a watershed in the history of Italian society. In this country, “1968” had lasted for ten years. This is the historical peculiarity of Italy: the long-lasting wave of social struggle had countered capitalist aggression until 1977, and beyond. After nine years of continuous social conflict and cultural mobilization, the year 1977 was marked by a widespread insurrection of a sort, more Dadaist than Bolshevik, more poetic than violent.

In Bologna, Rome, Milan, and many other cities that year, thousands and thousands of students, artists, unemployed young people, and precarious workers staged a sort of ironic rebellion which ranged from carnivalesque parades to acts of semiotic sabotage to skirmishes with police to peaceful and not so peaceful occupations of entire quarters of cities.

After the ’77 insurrection of creativity, the Stalinists of the Red Brigades converged with the apparatus of the State in the attempt to annihilate the movement, and to enlist as many militants as possible in the project of military assault against the so called “heart of the State.” The convergence of State apparatus and red terrorism resulted in the isolation and in the final defeat of the movement.

If we want to understand the peculiarity of this enduring wave of social movements in Italy, reading the poems and the novels of Nanni Balestrini can be useful — even if Balestrini has never been a storyteller or a chronicler of neorealist descent.

Instead, Nanni Balestrini is simultaneously the most radically formalist poet of the Italian scene and the most explicitly engaged in a political sense. He follows a methodology of composition that may be named recombination, as he is always recombining fragments taken from the ongoing public discourse (newspapers, leaflets, advertising, street voices, politician’s speeches, scientific texts, and so on). But simultaneously he is remixing those fragments in a rhythmic wave that reverberates with passions and expectations and rage.

The words “operai e studenti uniti nella lotta” (workers and students united in the struggle) were not simply a rhetorical call for solidarity, but the expression of the consciousness that the workers were fighting against exploitation and students bore the force of science and technology: tools for the emancipation of time from the slavery of waged work.

In this social and political framework, literature was conceived as middle ground between labor and refusal of labor. Literature may be viewed as labor, according to the structuralist vision purported by the French formalists of Tel Quel, but literature may also be viewed as an attempt to emancipate  the rhythm of language from the work of signification. Poetic language is suspended between these two attractors.

This double dimension is the defining feature of Balestrini’s poetics: formalism of the machine, and dynamism of the movement. Cold recombination of linguistic fragments, and hot emotionality of the rhythm. Although the event is hot, this poetical treatment transforms it into a verbal crystal, and the combination of verbal crystals gives way to the energy of a sort of a-pathetic emotion.

Since the sixties, Italian culture had been traversed by the cold fire of a certain kind of sperimentalismo that was named Neoavanguardia, in order  to distinguish that movement from the historical avant-garde that in the first decade of the century burnt with a passional fire, aggressive and destructive. Italian sperimentalismo was inspired by Husserl’s phenomenology and the French nouveau roman; it was influenced as well by Frankfurt School critical theory, and by the colors of Maoism spreading everywhere in those years.

Umberto Eco, Edoardo Sanguinetti, Alberto Arbasino, and many others were involved in Neoavanguardia, whose style was based on the elegant game of quotations, winking and hinting. Then, from its cold fire emerged the angelical and diabolical face of Nanni Balestrini, cool head and warm heart. Or, contrarily, cool heart and hot head, who knows.

Anyway, Balestrini managed to keep a cold experimental style while dealing with very hot subjects and verbal objects. Angelic cool of the recombinant style, and diabolical hotness of the events, of the characters, of the gestures. Violence is often onstage in his writings. The well-intentioned violence of the autonomous of Fiat workers in Vogliamo tutto (We Want Everything); the livid violence of the precarious, marginalized, and unemployed in La violenza illustrata; and the mad violence without historical or social explanation in I furiosi and Sandokan. In those novels violence is recounted without sentimentality and without identification. No condemnation, no celebration, a purely rhythmic interpretation of good and evil, of the progressive and of the aggressive forces that explode in the streets, in the factories, in the campuses, and in daily life.

According to a widespread common place, the 70s are recorded as the decade of violence. Yes, since 1975 many people have been killed on both fronts of the battle, when a bill passed by the Parliament allowed policemen to shoot and kill if they felt in danger. All through the years 1969-76, activists and students were killed by fascists and cops. At a certain point they decided to react, to build molotov cocktails and take up the gun. As a consequence, cops and fascists and some politicians and corporate persons were attacked, some killed.

It must be said that in those years violence was highly ritualized and charged with symbolic meaning. Nevertheless, in the following decades, and particularly in the recent years of this new century, violence is far more pervasive than it was in the seventies. It is less emphasized, less advertised, less ritualized, but it percolates in the daily behaviour, in labor relations, in the rising tide of feminicide and child abuse, and in the wave of political hatred that never becomes open protest, never deploys as a movement, but flows through the folds of public discourse.

Balestrini was literary witness in the theatre of social conflict, but simultaneously he was an actor on the stage. Nevertheless he has managed  to be ironic and distant, while being involved body and soul. This is why his literary gaze is both complicit and detached. His poetics have nothing to do with the psychological introspection, or dramatic expressiveness. His work consists in combining words and freezing actions into dance. The narration strips events of their passional content, pure gesturing devoid of content. But the dance turns into breathing and breathing turns into rhythm, and emotion comes back from the side of language.

Balestrini is not uttering words that come out from his soul (does Balestrini have a soul?). Words are but verbal objects proceeding from the outside world. Voices are broken, fragmented, assembled in sequences whose rhythm is sometimes gentle, aristocratic, and ironic; sometimes furious, violent, and crazy. The act of the poet does not consist in finding words, but in combining their sound, their meaning and their emotional effect.

Since the 60s Balestrini started writing poetry for computer, and his declared intention was already in those years to make poetry as an art of recombination, not an art of expression. The computing poet combines verbal detritus and musical waste grabbed at the flowing surface of the immense river of social communication. He assembles decontextualised fragments that gain their meaning and their energy from the explosive force of the combination (contact, mixture, collage, cut-up).

Following this poetic methodology Balestrini has traversed five decades of the Italian history, transforming events and thoughts into a sort of opera aperta (work that stays always open to new interpretations). He has shaped furies and utopias, euphorias and tragedies that have marked the history of the country.

From the introduction to Blackout by Nanni Balestrini, trans. Peter Valente, courtesy of AK Press. Copyright 2017.

Franco "Bifo" Berardi is a writer and theorist based in Bologna. His work revolves mainly around the aesthetics of the contemporary psychosphere. His latest books include Futurability, Phenomenology of the End, and The Soul at Work. In the 1970s he was one of the founders of the pirate radio station Radio Alice, the magazine A/traverso and of the political movement Autonomia. He has worked across media such as books, magazines, radio, TV and cinema. 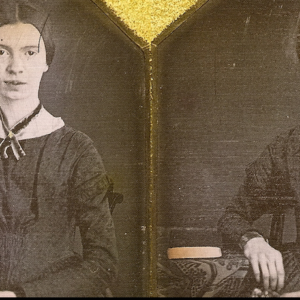 To live like the women of Viking literature: Linnea Hartsuyker writes against “princess” culture. | Literary...
© LitHub
Back to top
Loading Comments...