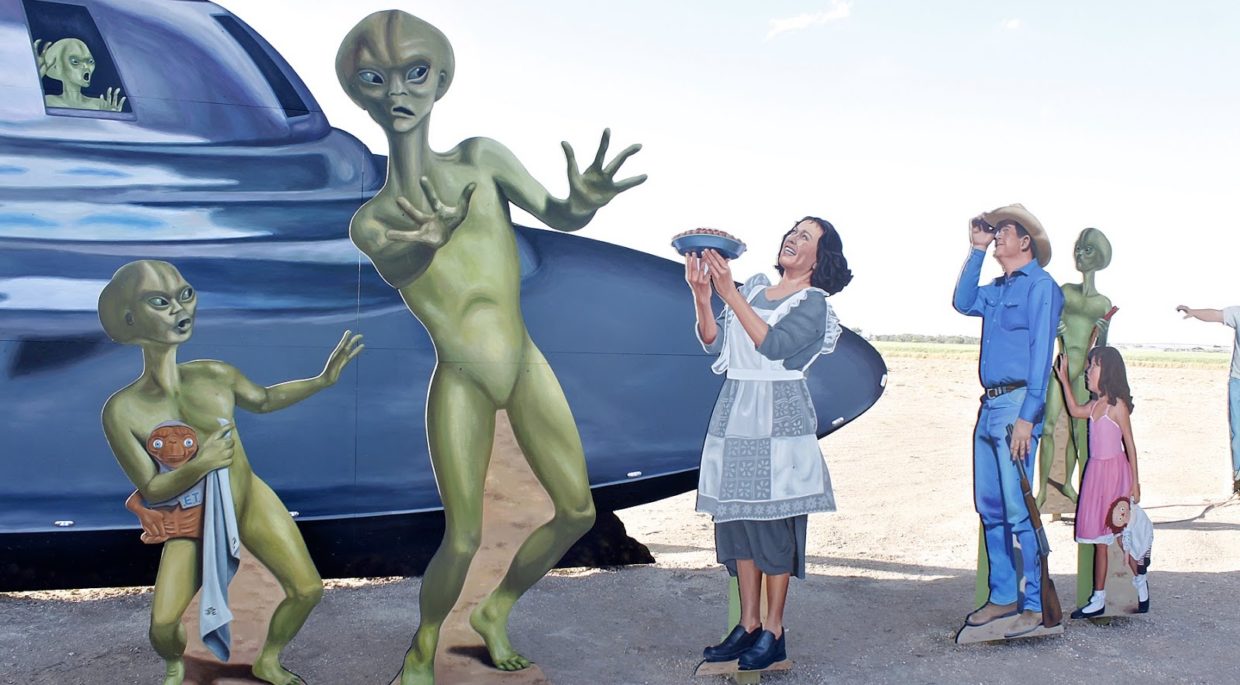 On My High School Obsession with UFOs

The Enduring Power of the Roswell Narrative, 70 Years Later

Each summer, tens of thousands of UFO enthusiasts descend on Roswell, New Mexico for its annual UFO Festival. I won’t make the trek this year, but 16-year-old me would have wanted to, desperately.

Back in high school, I was a budding ufologist. I maintained an extensive database of UFO sightings on floppy disks. I cold-called former members of the National Investigations Committee on Aerial Phenomena, who advised me to study Egyptology and remain skeptical of single-eyewitness accounts. I filed countless interlibrary loan requests for obscure doctoral dissertations on experimental propulsion systems. I annotated photocopies of the Project Blue Book, the Condon Report, and any other governmental inquiry and investigation I could find.

Nobody knew about my obsession except for my family and Mr. Shoemaker, who mentored me in two years of independent study courses on paranormal events. At my small public high school in New Jersey, I was a jock. I played basketball and soccer, and ran track. I didn’t feel like explaining to the other guys on the team why I was looking forward to going home and comparing the flight trajectory of clustered sightings in New Mexico, or how I tried to spot UFOs in the background of old Polaroids that were sold at garage sales and antique stores.

I didn’t care for the usual tastes of kids interested in the paranormal, like Dungeons & Dragons and fantasy novels. I thought UFOs were serious business. I took my telescope on my deck each night and scanned the stars. I had always thought that existence was some beautiful, miraculous gift, and it seemed most obvious under that illuminated canvas. It felt both insignificant and incredible to be alive. I planned to study astronomy in college so that I could be the next J. Allen Hynek: a scientist who would take a methodical approach to the UFO field. It’s no surprise that I was drawn to the Roswell case.

In American UFO culture, Roswell is the metatext. Roswell is metonym, metaphor, symbol, source. In June 1947, a ranch foreman named William “Mack” Brazel and his son Vernon discovered debris scattered across a large area. An account published in the Roswell Daily Record describes the debris as “bright wreckage made up of rubber strips, tinfoil, a rather tough paper and sticks.” Brazel didn’t think much of the discovery, and didn’t return until a few weeks later—with his son, wife, and daughter—to collect some of the debris.

The next sentence of the newspaper article is telling: “The next day he first heard about the flying disks, and he wondered if what he had found might be the remnants of one of these.” Those “flying disks” were the 1947 version of anomalous objects that have been responsible for distant and close encounters since ancient times. On June 24, a pilot named Kenneth Arnold observed nine shining discs while flying over Mount Rainier, Washington. Newspapers gobbled up his story, and soon reports of flying saucers were legion, with hundreds of reports in the next few weeks.

Brazel’s story reached the Roswell Army Air Field, who sent investigators to collect the material. The next day, the Air Field issued the now-infamous press release that a “flying disc” had been recovered. That missive was quickly corrected, and the disc was revealed to have been a downed weather balloon—a curious conclusion, since Brazel had previously found two such balloons on his ranch, and was certain this new debris was something else.

Here’s where the story splits, where faith infests fact, and fiction becomes folklore. The story lay dormant for over 30 years, until ufologists rediscovered the event and began interviewing witnesses. Books and documentaries followed, and the original event blossomed into a subculture, what we might consider a modern myth. There were claims of other crash sites and even recovered bodies.

In 1994, the Air Force published an exhaustive report that detailed how Brazel likely discovered a downed balloon that had been used in Project Mogul, a then top-secret project meant to monitor and detect Soviet nuclear tests. For Roswell skeptics, the case was closed. For Roswell believers, the Air Force had orchestrated the newest phase of their cover-up. The labyrinthine nature of the case means that when one strand is debunked, believers and skeptics focus their attention elsewhere.

I never thought Roswell was the best evidence for UFOs, but loved its narrative. Roswell is a story, and with each year, that story becomes more of a legend. We crave the comfort of narrative in order to make linear the oddities of life. The world, we believe, cannot possibly be random. UFO culture is much like a religion; its enthusiasts seek a central narrative, a plot, for all of the strange sightings and events. I was the same. I inhaled books like Communion by Whitley Strieber, Messengers of Deception by Jacques Vallée, and The Eighth Tower by John Keel. Vallée, a French astronomer who served as the model for Claude Lacombe in Close Encounters of the Third Kid, was my favorite. Like him, I’d discarded the idea that UFOs were of extraterrestrial origin—that narrative felt too convenient, too cinematic. UFOs are a messy business. They might be from outer space, or they might be from our inner space: a projection of our fears and anxieties. They might even be, as Vallée conjectures, the best evidence of a multidimensional, demonological force in the world. The statistical variations of UFO reports are maddening. They are often surreal, better researched by psychologists and sociologists than amateur astronomers.

What turns me off about Roswell is the surrounding certainty about it. By becoming a culture unto itself, Roswell continues to suck the oxygen out of ufology. The festival is a circus, complete with a parade, a pet costume contest, a UFO jazz band, several giant water slides, and, if you have time, some serious panels. I don’t begrudge a region its economy, but UFOs cultivate true believers, and true believers often turn blind.

UFOs are a devilish exercise in semantics. In order to remain accurate to their name, they must remain mysterious. To be labeled as a weather balloon or an extraterrestrial craft is to be identified. What I loved most about UFOs were their mystery, the whisper that the prosaic rules of our world are sometimes insufficient.

In college, I moved away from astronomy and toward literature. I stopped actively researching UFOs, but I am still curious. I think back to that eager 16-year-old who turned-in a 20-page, single-spaced paper titled “An Overview/Analysis of Unidentified Flying Objects from a Psychological Standpoint.”

I first became interested in UFOs because of a story. In the mid-1970s, my oldest brother got off the school bus, and began to walk down the hill toward our house. He paused when a glint of silver caught his eye. He saw Grandpa standing in the middle of our driveway, frozen, staring upward. My brother looked up, and saw a wide object hovering above our house. My brother was scared for Grandpa, so he sprinted down the hill, screaming for him. The noise jolted Grandpa out of his daze, and the UFO shot away into the clouds. When my brother asked Grandpa what he had seen, he didn’t want to talk about it.

For years, I tried to understand what had happened that day before I was born. I’ve replayed that scene in my mind again and again. I’ve tried to find a narrative to explain the unexplained. What else could I do? Narratives are a source of power and comfort.

When I was young, I was a believer. I wanted to find a narrative for the strangeness in the world. Was I more innocent then? Was I more open-minded?

Now while I mow my lawn, I listen to old segments from Art Bell’s late-night Dreamland radio show. The recordings are fuzzy, the claims are absurd, but they are strangely relaxing. Sometimes, while riding the tractor in an open field, I stop and look up to the sky. I stare at the blue and let my eyes linger; so often we look at the world in a glance. It would be a shame if what I have been looking for all of these years was right above me, unseen.

Against Foodies: Lessons from Eating Out of the Trash 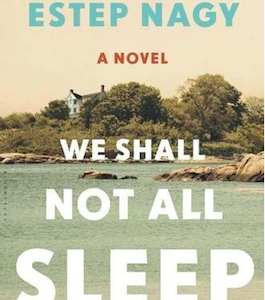 Lila pushed open the screen door and then closed it behind her again, gently. In the hallway, a line of sweaters and raincoats...
© LitHub
Back to top