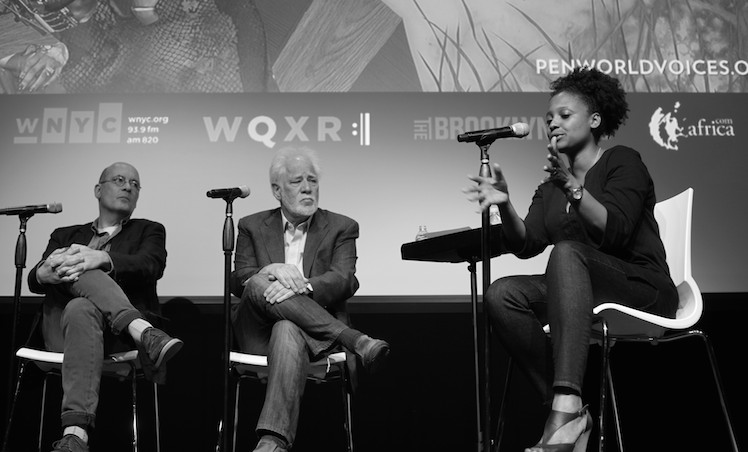 At the PEN World Voices Festival

Michael Ondaatje, Luc Sante, and Tracy K. Smith couldn’t answer many of the questions posed to them. They couldn’t pin down how writing a memoir had changed them, how they decided on its structure, what was the “truth,” or who would they choose for their own biographer, if such a choice existed. Speaking at a PEN World Voices Festival panel called, “Memoir and Memory,” hard answers proved elusive for the panelists, though much was revealed.

They began by reading not their own work, but excerpts from the memoirs of others. Smith read first from Richard Wright’s Black Boy, which he said showed how a writer is “able to invest a child’s perspective with an adult vocabulary and knowledge.” Sante read a passage from Vladimir Nabokov’s Speak, Memory and Ondaatje read from Frank Conroy’s Stop-Time, which he said, “changed my whole view of literature… it was about a young man of 25 where nothing has happened to him but everything has.”

“Why write a memoir?” moderator A.M. Holmes asked of the three memoirists on the panel. For Sante, it was a “direct consequence of going back to Belgium, my native land.” Once there he admitted to a “massive Proustian orgasm” where he found Belgium familiar in a completely foreign way. A place where he could find his way to his grandmother’s house as if “led by spirits.” Ondaatje, too, left his native Sri Lanka as a young boy, and returned to discover his “lost landscape of childhood” and his memoir, Running in the Family, in part, deals with coming to terms with that loss. Smith’s intent in Ordinary Light was to relay to her own children the narrative of her mother, whose cancer diagnosis precipitated the book, and a desire to encapsulate what could become lost if her mother died. The memoir ended up being an exploration of self, as most memoirs are. Sante described the Belgian propensity to live with a kind of modesty, usually applied in sexual terms, but the gist is that to be Belgian is to be “reluctant to be an exhibitionist.” Writing a memoir for Sante was a deft act of extroversion but he did it “while trying to conceal myself in the shrubbery.” An agreeable murmur traveled through an auditorium filled with a large percentage of writers.

The conversation then turned to the topic of identity. Sante said his memoir The Factory of Facts was not necessarily about “self” but about “how I got here.” In shoring up his ruins, he realized the stories his parents told him were flawed and fallible and he encountered “vast speculation” within those myths. After his parents read his memoir they felt, “everything I wrote was wrong.” His mother would leaf through a few pages at a time and shout out corrections to the text. Ondaatje asked rhetorically, “What do you do with your relatives?” when writing a memoir. Smith corroborated some details with her siblings, but all three authors hesitated revealing their manuscripts in anything but galley form, for fear of being inhibited by other truths outside their own.

But what is the truth? Ondaatje said writing a memoir is “an improvisation.” It’s a bit of “history, fantasy, fiction, fact,” but ultimately, ”it’s an unreliable form.” Sante concurred. “The stories you’ve been telling yourself, these myths… you realize the truth lies elsewhere,” and you are not conscious about that truth until you are writing, even if it’s about “the most familiar thing in the world.” As Smith wrote, “major and recurring themes announced themselves.” In other words, nobody planned what emerged. Themes and structures bubbled up and propelled themselves in sometimes unpredictable and cagey ways. Yet writing it all down, the stories become sort of a “prosthetic memory,” Sante said, in that the myth or the memory is somehow then contained and thus changed. For Smith, she started with a memory and then wrote what happened next, then what happened next, and so on. The last thing Ondaatje writes (or revises) are his opening lines because when he reaches the end of the narrative, that’s when he knows what the narrative is about.

“Can you be reliable and truthful at the same time?” someone asked. Ondaatje responded with a line from Kinky Friedman: “It’s a thin line between fact and fiction; and I think I snorted it in 1996.”

The View of Haiti from Brooklyn 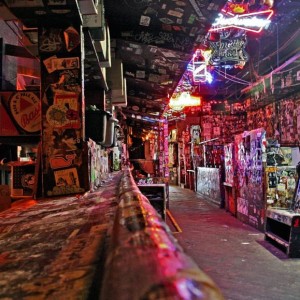 The following was written for last night’s PEN World Voices evening of prayer and meditation, and will be included in the chapbook A...
© LitHub
Back to top