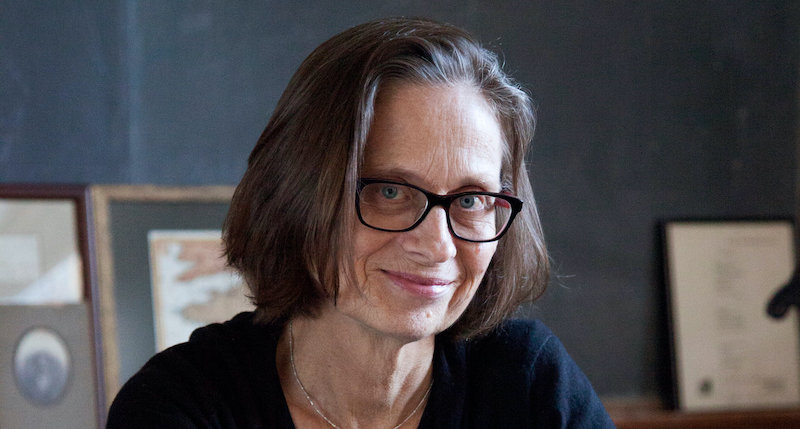 On Lydia Davis’s birthday, read her advice on language, writing from reality, and more.

Over the years, Lydia Davis has gifted us with dozens of interviews chronicling her relationship to literature, laying out her writing process, and analyzing the many craft-related choices that writers make every day. Today is her birthday and a great time to re-read many of those interviews, with a few selections of her advice for writers below.

“Back in the early eighties, I realized that you could write a story that was really just a narration of something that had happened to you, and change it slightly, without having really to fictionalize it. In a way, that’s found ­material. I think it’s hard to draw the line and say that something isn’t found material. Because if a friend of mine tells me a story or a dream, I guess that’s found material. If I get an e-mail that lends itself to a good story, that’s found material. But then if I notice the cornmeal making little condensations, is that found material? It’s my own, I’m not using text, but I am using a situation that exists. I’m not making it up. I find what happens in reality very interesting and I don’t find a great need to make up things, but I do like retelling stories that are told to me.” [The Paris Review]

“I think one thing that continues to interest me in different forms is having a lot of emotional content in a story but not approaching it directly, letting it be in the story but concentrating or focusing on something else. And so that’s what’s happening in that story. Let the emotional content not be acknowledged at all, really, let’s just talk about the grammar. And while talking about the grammar, we can intimate some of what’s happening.” [BRICK]

“The words I use most are of course the most common words. As for words I avoid, I suppose in theory every word, even those I dislike, might have its uses. But once I was asked to pick a word I particularly disliked and I chose “jejune,” which I have never liked, because of its sound and because I keep forgetting what it means. Then I discovered that this same word was chosen (when asked by the same interviewer) by Gore Vidal as a word he especially liked.  That should tell me something.” [The New School]

On writing stories vs. essays:

“A story usually grows organically from an idea or a first sentence—grows from within, in a sense, driven by an inner necessity as well as a feeling of delight—whereas an essay might more often present itself as a theme or topic on which I will have to organize a coherent argument or development. … An essay, too, may be more difficult to begin, and I sometimes experience the same feeling of hopelessness that I used to feel when approaching a university assignment: how will I ever organize this material, and where should I place the emphasis, and what can I leave out, and what should the first sentence be?” [Fiction Writers Review]

On writing from a character’s memory:

“We all have an ongoing narrative inside our heads, the narrative that is spoken aloud if a friend asks a question. That narrative feels deeply natural to me. We also hang on to scraps of dialogue. Our memories don’t usually serve us up whole scenes complete with dialogue. So I suppose I’m saying that I like to work from what a character is likely to remember, from a more interior place.” [The Believer]