Published in 1990, J. M. Coetzee’s Age of Iron spoke so powerfully against the tyrannies of its time—and the cruelty of apartheid South Africa—that it feels uncanny to read now, and discover how uncomfortably fresh are its concerns. Coetzee asks two simple questions of its ailing protagonist, ones worth pondering when so much of what is done to vulnerable people passes before our eyes. Across screens. Down our feeds. What if witnessing and denouncing the crimes of governments isn’t enough? What are we willing to give up to make them stop? If you do not want to face these questions, you should stop reading here.

Coetzee acknowledges that it is hard to face such political concerns when life itself is existential enough. As the novel begins, Mrs. Curren, a retired Cape Town classicist, learns that the cancer she suffers from will kill her. No one comes to pick her up from the hospital, shuttle her home, or even give her a cup of tea at the kitchen table. Her husband has long since died; a daughter has moved to America and started a family. Curren lives alone in a crumbling house with windows barred to keep out burglars. The car she drives is so old it must be started with a turn crank.

No sooner do we grasp this portrait than Coetzee tilts it. Mrs. Curren is not alone—there’s a man sleeping in the alley behind her home. He’s drunk, soaked in urine, and guarded by a mangy dog. Her first instinct is to shoo him away, but the angel of charity speaks through her instincts and she finds herself giving him a sandwich. Offering him light work. Warning him: no fires. No handouts. Day by day, they make a strange kind of peace with each other. He barely speaks.

In her interactions with this vagrant—we later learn his name, Vercueil—Mrs. Curren reveals herself to be kind, lonely, and scared. We know this because Coetzee writes some of the most beautiful, agile sentences of his career, bringing her to life. “Pure spirit,” she thinks in one scene, looking up, catching her reflection in a mirror.

“Yet in how unlikely a temple!” The novel takes the form of a letter to her daughter, so the prose has the glint of intimacy and the sound of a confession. Mostly, though, it reads like one long lyric ode—the addressee off stage, not here, a device that provokes yet more longing, explanation and despair.

As the days pass, Mrs. Curren swerves between a desperate hunger for more life, more time, and a torpor that emerges from a sense that her time has passed. Perhaps she should just withdraw. This last emotion is a bitter one as she watches her country descend into full-blown tyranny. About the news and the parade of lying, corrupt politicians she thinks: “We watch as birds watch snakes, fascinated by what is about to devour us.’ Contempt for what South Africa has become is what led her daughter to leave; infirm and aged, Mrs. Curren doesn’t have that option. But there are others, and Age of Iron explores what happens when circumstances force her to confront them.

Like many of Coetzee’s characters, she is not without the fears of her race and of her time. Coetzee is not specific about the year, but fires loom in her imagination, which suggests it is in the mid-1980s, during the State  of Emergency, when it was the policy of anti-apartheid activists to render the townships ungovernable. There were rent boycotts, riots and frequent  petrol  bombs. In 1986, a 24-year-old single mother named Maki Skosana was burned to death, a tire thrown around her neck and lit with petrol, by a mob of anti-apartheid activists who’d claimed she was a traitor. The image was broadcast by the state-controlled television as an example of what might come without apartheid. Hundreds more of these necklacings occurred.

Age of Iron feels like a periscope, a perspective not just to the past but forward into the era that would have to deal with the trauma the revolution would wreak.

Living amid the specter of violence and being subject to it are two different things, however. The tumult in the townships, it becomes clear, is what forces Mrs. Curren’s housekeeper, Florence, and her  children to come back to the house. One day, Florence simply returns, the children in tow—three daughters; a teen- aged son, Bheki; and a friend of the boy’s. Florence is disgusted with the state of Mrs. Curren’s house and finds Verceuil’s presence a disgrace. Mrs. Curren senses in Bheki a new lack of respect. Shortly after his arrival, he and his friend taunt and then casually but viciously beat Verceuil for being a drunk.

One of Coetzee’s great gifts as a novelist has been to chart the habits of behavior as they orbit a principle. As his 1999 novel Disgrace so brilliantly captured, when norms changed after apartheid fell, the shallowness of a variety of principles—not just the fundamentals of racism, but those of liberal thought as shaped around it— were starkly put on display. Page by page, Mrs. Curren’s liberalism is tested—pushed. At each stage, rather than expel members of her gradually expanding house—the ever-widening circle of her responsibilities—Mrs. Curren allows them to stay, reflects, rather than condemns, and even attempts to do more. When Bheki’s friend winds up in hospital, the victim of police violence, she drives in to town on her own to bring him fruit. But he recoils at the touch of her hand.

Understanding—Age of Iron so often reveals—can become a barrier to justice when wielded in ways that assume a fundamental difference in people, rather than in their circumstances. After Bheki and his friend beat Verceuil, Mrs. Curren scolds Florence for encouraging the boys’ actions. “These are good children,” Florence replies, “they are like iron, we are proud of them.” Curren thinks:

Children of iron… Florence herself, too, not unlike iron. The age of iron. After which comes the age of bronze. How long, how long before  the softer ages return in their cycle, the age of clay, the age of earth? A Spartan matron, iron- hearted, bearing warrior-sons for the nation. “We are proud of them.” We. Come home either with your shield or on your shield.

One fallacy in Mrs. Curren’s thinking here is to imagine that only resisters are forged by such an age. Mrs. Curren, too, we learn, has been made of iron; it is only less visible because it is less necessary for her to demonstrate it. When she puts up bars on her windows or a wall of not being active in resistance, is this not also a kind of iron? The other fallacy Mrs. Curren is guided by, at first at least, is to assume that such fires of violence can only divide. Age of Iron proceeds, incident by incident, by asking us to imagine they may not. In many ways, it is an argument in the form of lyric prose for the opposite: the harder forces try to divide us, the more possible—certainly, the more necessary—it makes our uniting.

There’s not a simple word for what this book is today. It’s far too specific to be a political allegory, yet one needn’t know the fine-grain details of South Africa in that time to understand what it means. What it asks of us. There’s a spiritual quest here, too, after all, as Mrs. Curren—a classicist at heart—muses on the end of her life and the meaning of words like charity. This is a thread that runs throughout Coetzee’s work and has been made more visible in the recent Jesus trilogy of novels, in which we are asked to ponder the weight  of the soul. It’s clear in Age of Iron that Coetzee saw the struggles his homeland faced as biblical, mythical. They are issues of blood and sacrifice, of tribe and the leavening power of neighborly love in the face of such accelerants to rage and violence. And also: “Decency: the inexplicable: the ground of all ethics,” Mrs. Curren thinks, at one point.

Things we do not do. We  do  not  stare  when the soul leaves the body, but veil our eyes with tears or cover them with our hands. We do not stare at scars, which are places where the soul has struggled to leave and been forced back, closed up, sewn in.

In these moments Age of Iron feels like a periscope, a perspective not just to the past but forward into the era that would have to deal with the trauma the revolution would wreak. How long it would take to acknowledge, to see and to begin to learn how to live with those scars. They are still being identified. Nineteen-ninety was a shocking year, full of so much hope. De Klerk announced the beginning of the end of apartheid. Nelson Mandela was released from prison. This novel was published. Some of the most powerful sentences on justice to be uttered  in the 20th century were written by Coetzee in the voice of an aging professor of classics facing a nation at the end of its rope. They speak to us now:

Thucydides wrote of people who made rules and followed them. Going by rule they killed entire classes of enemies without exception. Most of those who died felt, I am sure, that a terrible mistake was being made, that, whatever the rule was, it could not be meant for them. “I—!”: that was their last word as  their  throats were  cut. A word of protest: I, the exception.

Were they exceptions? The truth is, given time to speak, we would all claim to be exceptions. For each of us there is a case to be made. We all deserve the benefit of the doubt.

But there are times when there is no time for all that close listening, all those exceptions, all that mercy. There is no time, so we fall back on the rule. And that is a great pity, the greatest pity. That is what you could have learned from Thucydides. It is a great pity when we find ourselves entering upon times like those. We should enter upon them with a sinking heart. They are by no means to be welcomed. 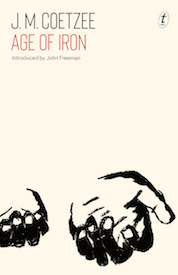 From the new introduction to The Age of Iron, by J.M. Coetzee, published in Australia and New Zealand by Text Publishing. 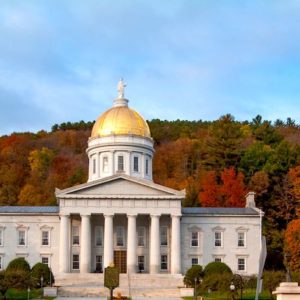 On February 20th, 2018, six days after seventeen people were shot and killed at Marjory Stoneman Douglas High School in Parkland,...
© LitHub
Back to top
Loading Comments...