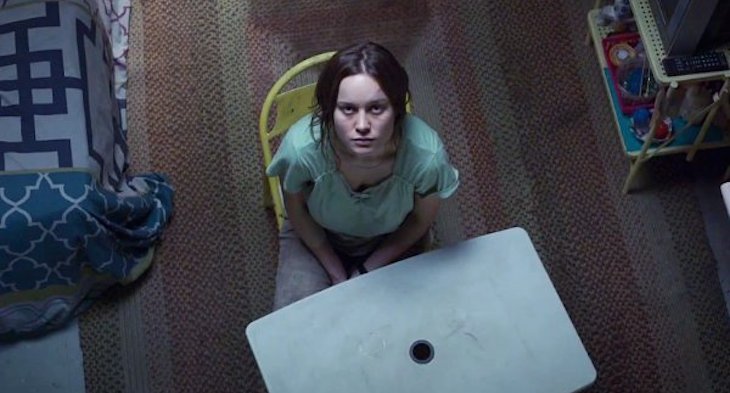 Emma Donoghue's Notes from the Set of Room

Emma Donoghue has adapted her book Room for the screen, and has been writing about the ins and outs of seeing a written work turned into a movie. In this episode, she encounters the term “rickshaw dolly,” among others…

When production (actually shooting the film) starts, the jargon gets even more unguessable, but because much of it is specific to a given department—sound recording, or make-up, or lighting—I mostly let it roll over my head. I had no clue what they meant by proposing to “boom Brie” or “maintain saturation.” (Rickshaw Dolly, however, is a phrase I like so much I’m determined to use it for a 19th-century prostitute’s name in a future film.) It took me a while to figure out that the schedule would tell me what they were hoping to film next Tuesday, but only the call sheet released late on Monday would say what they were actually planning to get through the next day, and on Tuesday what I needed was a side which would include not just the call sheet but the relevant script pages.

My role at this point was to cheer—it’s made it this far, it’s really going to happen!—and try not to get in the way. Although I was warmly welcomed on set when I visited a couple of times a week, and my opinion was respectfully solicited on everything from Ma’s hair color to the angle of Room’s roof, I didn’t kid myself that I had any real power. In fact I felt I could only put my oar in a few times without being an annoyance, so I tried to save my urgent pleas for the rare occasions I felt troubled about a decision.

Filming anything at all is so much work! The clock radio beside the bed—its time had to be reset for every take. The posters on the wall in Ma’s childhood bedroom, had permissions been cleared for them yet? Every crew member I talked to was interesting, and a surprising number of them seemed to have a degree in film and a yen to direct. The Wardrobe department explained that each character’s clothes have an arc: over the course of the film, for instance, Jack goes from cheap shabby things Old Nick has bought him, to excessively Ralph-Laurenish cardigans chosen by his grandmother, to more relaxed clothes he’s picked himself. I learned that there’s what’s called a hero version of each prop, meaning the best one, with the most detailing or functionality, to be used in close-ups. I found the Set Decorators discoloring multiple copies of each distinctively worn cork square that covers the walls of Room, so that if one was broken in being removed to let a camera poke in, it could be replaced instantly, so as not to waste a minute. The contents of a refrigerator counted as Set Dressing, I was told, but if Ma lifted out the butter then her touch magically transformed it into a Prop, so it became the responsibility of a different department. The Production Designer explained that a member of one union was required to install a window, another to clean it, and a third to break it; I do hope he was pulling my leg.

One pleasure I hadn’t expected was that shooting on digital video allows the dailies or rushes to be posted on a secure site within a day or two, so I was able to keep up with the shoot from a distance. I didn’t watch all three or four hours of footage a night, but I saw the scenes I cared about most, at least. Also, because our Editor was around from the beginning of the shoot, he was able to start cutting sequences together early on, to give a real sense of the way the film was shaping up, and it was he who pointed out that there was one entire sequence and location we could cut from the script without any real loss, saving time and money for other things.

I think it would take years on a film set to become truly at ease there. Right now about all I know is to scuttle out of the way if I hear ‘this whole area’s hot’ (meaning, it might be visible in the next shot), or stop chatting the second I hear someone call out ‘Roll sound.’

On the Set of “Room” from Literary Hub on Vimeo.

Born in Dublin in 1969, Emma Donoghue is an Irish emigrant twice over: she spent eight years in Cambridge doing a PhD in eighteenth-century literature before moving to London, Ontario, where she lives with her partner and their two children. She has written literary history, biography, stage and radio plays as well as fairy tales and short stories. She is best known for her novels, Slammerkin, Life Mask, Landing, The Sealed Letter, Stir-Fry, Hood, Landing, and the international bestseller Room a finalist for the Man Booker, Commonwealth, and Orange Prizes.
http://www.emmadonoghue.com 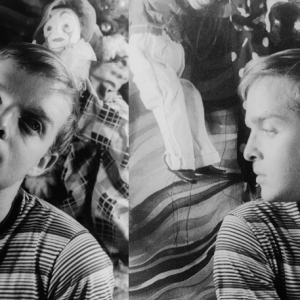 Emma Donoghue on helping to make a movie adaptation of her novel, Room: learning the jargon of movie production and trying...
© LitHub
Back to top