On Having Faith in Americans,
If Not America

What Citizenship Might Mean in the Days to Come

I began this as a note to Lit Hub staff. We haven’t been in the same room since March but I nonetheless count myself lucky to have such brilliant, supportive, and humane colleagues—their work, their kindness, their humor has made it possible to navigate the many and unexpected events of 2020, from the pandemic to the Black Lives Matter protests to the presidential election. Their hard work and sense of purpose continues to make Lit Hub something good in the world, and for that I thank them.

But I also thank them for being a kind of informal network of support over the last eight months, the kind of network—whether we find it in friends or in family or in colleagues—that helps us get from one end of the week to the other.

I’m writing this on the eve of the 2020 elections. I have lived in this country for nearly 20 years and just a few hours ago I began the process of becoming a citizen of the United States. For years I have wavered about taking this last step—I am unsentimental about nation states, but citizenship always seemed like too much of a leap. Until the summer of 2020.

As hard as this year has been, and as much as it has revealed of America’s deep fault lines across race and class (which have always been there, for those who cared to look), it has also revealed the tenacious generosity of those Americans most at risk, those Americans for whom freedom and opportunity and justice are not merely bumper sticker buzzwords, but are matters of life and death. I am talking about Black Americans, Latinx Americans, immigrant Americans, Indigenous people, LGBQT people, and Americans who’ve been systematically denied access to generational wealth: if anyone embodies what passes for the American dream it is the people who have been marginalized again and again, generation after generation, who still somehow believe that yes, the arc of the moral universe might just bend towards justice.

As the reality of the pandemic became apparent to everyone but the highest office in the land, Americans got to work in the grim spring, helping each other, raising money, sewing masks, making food, delivering aid; all of those lofty nouns from stump speeches and campaign ads suddenly became verbs. Here, in the absence of leadership, of basic help from those in power, was citizenship embodied, regardless of what a piece of paper said about your status.

And then, in the wake of the murder of George Floyd, millions of Americans took to the streets to protest America’s long, ugly history of systemic racism. The summer of 2020 saw that same spirit of mutual aid embodied in protests across the country, in bail funds, by street medics, and through endless ad hoc networks of community care. Here was the America I’d always loved, big hearted and generous, pugnacious and resolute, taking care of its own but committed to an ever-expanding definition of “us.”

But as magnificent as these manifestations of true mutual aid were, it shouldn’t have to be this way. Think about where all of this energy might lead us? Think about what might be possible if so many aren’t constantly worried about paying this month’s rent, or about choosing between food and electricity, or about avoiding medical care because of money? At the very least, the richest nation on earth should be able to take care of these universal basic needs.

Four years ago, as the results of that election became clear, I wrote the following:

So even as our hearts break, we go on living. For our part, as a publication invested in the power of books and literature, I think now is the moment to throw out lifelines, to do what we can to offer even the smallest antidote to the kind of despair that makes so much sense this week.

But to forestall despair is to create a useful space for anger and action, which will come next, and which will not stop. I firmly believe the literary is political and, as such, Literary Hub will use its platform (as we have tried to thus far) as a space for bearing witness and calling to action, for testimony and prosecution, for lamentation and, when possible, celebration. A space for the many and wonderful literary voices that make up our real America.

So whatever happens today, whatever results come clear this week or next, I will maintain faith not in America, but in those Americans who’ve been doing the work all along, who’ve risked the most to take care of those who have the least, who through their actions, their commitment, show us all what it is to live in a community.

That is the America I am proud to become part of.

How the Literary World Reinvented the Book Festival in Real Time 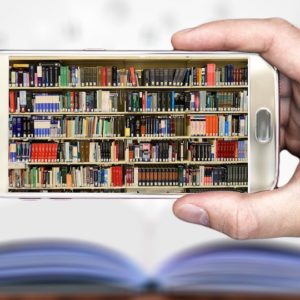 How the Literary World Reinvented the Book Festival in Real Time As the literary world moved online in 2020, a central question for many organizations was how to manage the annual festivals...
© LitHub
Back to top