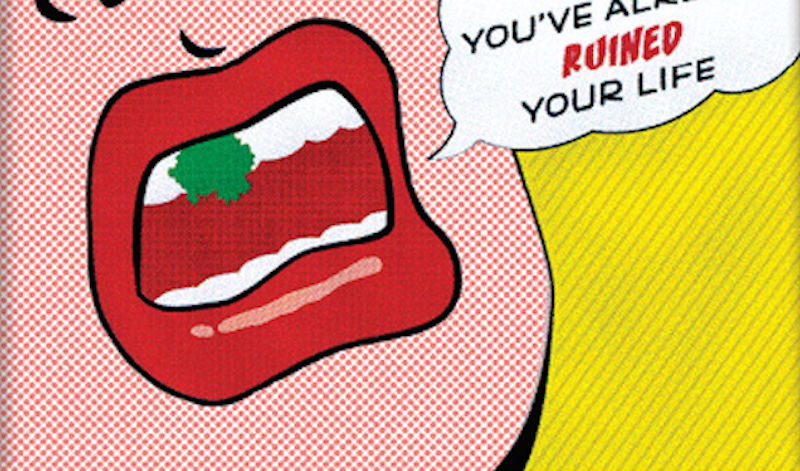 On Gendered Book Covers and Being a Woman Designer

As a book designer who’s been freelancing for the past six years, I’ve noticed a trend in the genre of covers that I’m offered. But it’s not a genre that’s represented in my portfolio. Instead, my work is often custom typography, illustration or my own photography centered around a concept or visual theme.

Still, when the art director calls, I’m told that “based on my work,” I’d be great for the job. “We’re looking for something feminine, photo-based, and fresh.” I don’t mention that, of the 48 covers currently on my site, only eight use photography. And the “fresh” look they asked for? A stock image of a woman with her back to the camera, gazing over a shoreline.

So why would I be “great for this cover”? Good chance it’s because the book is aimed at a female audience and I am a female designer.

The bigger discussion is the genre itself: light-weight novels aimed at a female audience is a symptom of sexism in publishing. Whether high or lowbrow, the marketing of many female authors ends up with commercial, chick-lit style covers. Emily Harnett’s Atlantic article cuts to this point and centers on the acclaimed Italian author Elena Ferrante’s despised book covers. But within the genre, I want to look at why these covers are primarily created by women designers.

I’ve been on the other side of this problem. On occasion, I freelance as an art director. When approached with a story about child-care and the workplace, I subconsciously roll through the names of female illustrators—most of whom have probably done a disproportionate number of illustrations about child-care and the workplace—not to mention abortion, equal-pay, domestic abuse, breast cancer, eating disorders, rape, and so on.

But in the time-crunch of finishing an assignment I should pause and consider why I’m selecting one person over another. That Fantasy Football piece? I know plenty of women who can rattle off the draft pick line-up for next year’s season. I know plenty of men who can, too. And I also know just as many men and women who have never watched a football game and could tackle the subject regardless. I should choose the style of image-making that fits the piece best, not base the choice on gender stereotypes of the topic.

And it’s the style of image-making, I would argue, that matters. If the story or book has a dark, emotional bent to it, I would consider an illustrator or designer who can evoke that mood. Perhaps it requires a dark, messy ink drawing or gritty, scratched hand lettering. The fact that the story is about something dark or depressing means it would call for an illustrator whose style elicits those emotions. Not my assumption that this person may identify with the subject matter based on his or her gender.

Just because I’m a woman, don’t assume that I automatically empathize with a brooding 20-something Elizabeth-Bennett-type protagonist. (Trust me, I don’t.) This doesn’t mean I can’t design the latest update of Pride and Prejudice (I have, but due to a title change that design never left my hard-drive) or a biography on Susan Sontag—or, for that matter, a spy novel, a political satire, or a memoir about a Japanese game show host set in outer space.

I can do all of these things.

Because it’s my job to design book covers.

I’ve always been apprehensive about voicing this concern. I love what I do and I’ve been fortunate enough to work with a lot of amazing art directors on a lot of great projects. I’m always grateful for the work I get. But I’ve talked to a lot of women in the industry over the years, and there is a clear pattern we’ve all experienced. One day a few months ago, I was commissioned to work on the backlist of a prolific women’s lit author. Minutes later, an art director called about a memoir in which the author was “always the bridesmaid.” Later that day: a novel about a wife dealing with her husband’s indifference while balancing her new career and motherhood. Three projects from three different art directors. All aimed directly at women readers.

I doubt that many of my male colleagues have had the same experience. And that day wasn’t an anomaly.

The talented art director and cover designer Catherine Casalino has told me, “When you’re on the receiving end of a project, it’s hard to say no, and even harder to explain why you don’t want to work exclusively on women’s fiction,” and continued with, “I think if we mixed things up a little more—hired women to design sports books and hired men to design cookbooks—we’d get some fresh and unexpected designs. And that would benefit all of us in the industry.” Another female designer has written to me saying, “It’s no surprise that women are assigned these topics—being women, it’s natural to assume we are interested in these things—but sometimes the associations are so tenuous that you start wondering if the gender bias is actually a form of laziness.”

I’ve spoken with a female friend in an advertising agency assigned to a cosmetic brand who realized the team was mostly women. It seemed as though the few women in that creative department had all been assigned to this brand where as the men worked on sports brands and beer brands. When such a small percentage of your creative department is women and they all end up selling makeup, it’s hard to say that’s not a coincidence.

What topics are women interested in? All of them. How about that book about sports (and not just one about a female athlete)? History (not just one about suffragettes)? A crime thriller (not just one with “girl” in the title)? Comedy (not just Tina Fey’s latest)? How about a literary novel (and not just one written by a woman)? Don’t get me wrong, I’ll happily work on a book about Hillary, Serena, or Elizabeth Cady Stanton. I’ll happily make the next Girl on the Train, or anything by Amy Schumer, and would love to work on a repackage of The Bell Jar.

Not because I’m a woman.

Because it’s my job to design book covers.

Just like a guy whose job it is to design book covers.

Jennifer Heuer is a book cover designer and illustrator based in Brooklyn. She's also an instructor at Pratt Institute.
http://www.jenniferheuer.com 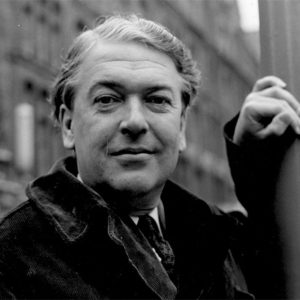 Kingsley Amis has had to go on and on proving that he is as interesting a poet as he is a novelist. It was inevitable. He is...
© LitHub
Back to top
Loading Comments...