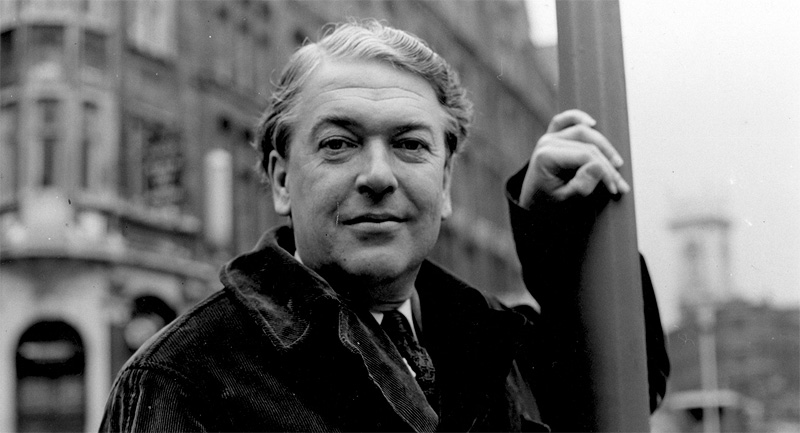 As Talented a Poet as He Was a Novelist

Kingsley Amis has had to go on and on proving that he is as interesting a poet as he is a novelist. It was inevitable. He is a very interesting novelist. That he should be equally good at the other thing seems unjust. But the volume which collects all of his verse that he wishes to preserve should finally be proof positive. Accomplished, literate, and entertaining, it is a richly various expression of a moral personality coming to terms with the world.

Since the arrangement of poems is chronological, the personality can be heard discovering its own voice in the opening pages. To become himself, Amis had first of all to absorb the bewitching influence of Auden, whose tones pervade his early poems just as thoroughly as the tones of Yeats pervade the early poems of Philip Larkin. Here are some sample lines, taken from various poems.

Meanwhile the radiation sprang from the tentative

But there are people here, unable to understand,

Randy for cigarettes, moving hands too

Jerky to move in love; their women matrons, their

The Sons come from somewhere else, fair of skin;

The children have thick white socks and an English

Showing their parents up, not easily amused.

Amis has done us a double service by not suppressing these early poems. In the first place, they give us an object lesson in what a gifted young poet finds fascinating about an older master: clearly it was the way Auden made the prosaic sound poetic that Amis wanted to steal the secret of. In the second place, they are substantial poems in their own right. He wasn’t just scrambling a few borrowed effects together in order to conjure up an air of meaning. He actually had clear themes, even when the themes were callow.

When he discovered what he really wanted to say, he quickly began sounding like himself. This process is usually known as “finding your own voice.” There is nothing automatic about it. Most poets never find their own voice. Instead they employ quirks to give their anonymity identity. To speak naturally and still be immediately recognisable is a rare thing. In “Dirty Story,” one of the first of his fully individual poems, it can only be Amis talking.

To-morrow, in what shrines gaily excreting,

Will you, our champion even if defeated,

Bring down a solemn edifice with one swing?

Disapproved of and envied, this priapic hero (“Your you-know-what in fabulous readiness”) is destined to be one of the poet’s perennial characters. Preoccupations begin early. So, in Amis’s case, did the ability to discipline a principal strength. It would have been easy for him to indulge his capacity for comic invention. But he used it sparingly from the start. Comedy was always subordinated to argument. Amis’s tone has never been less than densely serious, so it was no surprise that Dr. Leavis found him frivolous.

Half-shut, our eye dawdles down the page

Rhyme-words of poets in a silver age:

Silver of the bauble, not of the knife.

Knives, not baubles, are what poems should be like: a very rigorous aesthetic, which Amis had begun holding to long before he got round to formulating it. Poets find their guiding principles by assessing the implication of what they have done already. Similarly, they increase their range of vision by gazing within. By comically dramatising his own introspection, Amis found a way of taking the conceit out of self-regard. In “A Dream of Fair Women,” the “squadron of draped nudes” who mob him in his sexual fantasy are banal enough to be flying around in ours too.

Speech fails them, amorous, but each one’s look,

The poet goes on to admit the sad triteness of that imaginary harem; to contend that if it were real then only “the best” would settle for anything else; and to regret the fact that everyone else would come along with him to seek “the halls of theoretical delight.” It is notable that he does not include himself among “the best,” even though the mere ability to analyze the problem would give him some justification to place himself above it. But Amis’s insistence on his own propensity for all moral failings is based on deep conviction, quite apart from its being a useful creative device. In Amis’s view, we all have similar impulses. What we do about them is a matter of choice. The callous and the stupid have chosen to be that way.

Not to be swept up by feelings but to control them—both ethically and aesthetically it is an anti-romantic standpoint. In “Against Romanticism” he made the connection explicit. Admitting that it does not seem quite enough to be a “traveller who walks a temperate zone,” nevertheless he distrusts the irrepressible hunger for “a grand meaning” that

. . . sets the brain raging with prophecy,

It is true that there must be visions, but they should be visions that do not leave the real world out. They should not be

Raging to build a better time and place

Than the ones which give prophecy its field

To work, the calm material for its rage,

And the context which makes it prophecy.

The poet is ready to call such a vision “pallid,” but in fact it is the secret of his peculiar vividness. The aim is not to be disenchanted, but never to be enchanted in the first place: to see things as they are and must be. If we could think the illusion through, we wouldn’t have to have it, and would thus avoid the suffering of becoming disillusioned afterwards. The point is argued out in “The Value of Suffering,” a cautionary tale about a princeling who had everything and had to lose it all before he attained wisdom. The last stanza sums up.

What a shame that a regal house must founder,

Its menials die, its favourites undergo

Unheard-of-rape, to emphasise a contrast,

To point one thing out to one person;

Especially since the person could have seen

What it was all about by not laughing

After his father’s joke—watching instead,

By changing places with his groom,

Amis is not now, nor has he ever been, a true right-winger. He is a liberal appalled by the left. Nor is he a Philistine: he is an artist sickened by the arty, as is evinced in “After Goliath.”

The first shot out of that sling

Was enough to finish the thing:

The champion laid out cold

Before half the programmes were sold.

The top Philistine is easily felled. But then whom does David find cheering at his back?

David is undecided whether to keep Goliath’s sword as a trophy or use it on his own fans. He shrugs and leaves, “resigned to a new battle, fought in the mind,” the same battle in which Amis himself takes such an active part—and, one suspects, such delight.

Those of us who are always rereading Amis’s novels have grown used to finding his later themes presaged in early works. The same applies to his poetry, where his later set piece struggles with Eros and Thanatos are merely the culmination of a string of skirmishes that go back to the very beginning.

As I was waiting for the bus

A girl came up the street,

Only the fabled travelling salesman of “A Song of Experience” (“And so he knew, where we can only fumble”) can unthinkingly do the right thing about sex. Amis’s own conclusion—that at the moment of being overwhelmed by our strongest instinct we are obliged to turn our brains on instead of off—is once again an anti-romantic one. The best we can hope for is to go through life with our eyes open. Those who take short cuts have nothing to tell us: a stricture from which Jesus Christ is not excluded.

Should you revisit us,

Nor does God himself escape reproof, as in “The Huge Artifice,” where some intractable conditions of existence are quite legitimately complained of.

That the habit of indifference is less

Destructive than the embrace of love, that crimes

Are paid for never or a thousand times,

Dai Evans is the final development of the traveling salesman. The Evans Country is the land of heart’s desire—a version of Wales less stridently fabulous than Llareggub, yet still mythical, because in it life acts itself out without an inward look. Evans firmly quells all intimations of mortality. Staging a bonfire of his second-rate pornography, he still keeps the first-rate stuff upstairs. Amis was moved to grieved reflection by his father’s death:

I’m sorry you had to die

To make me sorry

Evans’s reaction to a similar event is less complicated.

Ah now, who did you think it was?

Well, come down the Bush and find out.

You’ll know me easy, because

Amis does not withhold his admiration from this most indefatigable of all stick-men. Yet it is made clear that the void which awaits Evans already has its counterpart in his head: by not noticing he has solved nothing. Facing reality has its own value. That is the sole, but strong, affirmation underlying Amis’s later poems. Some of these are merrily contemptuous of what modern life has become:

So bloody good luck to you, mate,

That you weren’t born too late

For at least a chance of happiness,

Spreads all over the land.

Others tragically accept the brute facts about what life has always been. “A Reunion,” for example, though some of it sounds like Amis and Conquest organising a Kingers ‘n’ Conkers contribution to the next Black Paper (“A nitwit not fit to shift shit,” etc.), is really an extended and painful encounter with the truth about how we grow apart from and forget each other. Two things lie between such a poem and despair. The first is the perfection of the poet’s craft, which in Amis as in any other true artist is essentially a moral property. The second is the unspoken corollary of Socrates’ insistence that the unexamined life is not worth living. The examined life is worth living. Only the fact that he is so marvelously readable can now stop Kingsley Amis from being placed in the front rank of contemporary poets.

He has attained his grand meaning after all. 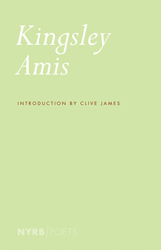 From the introduction to Kingsley Amis’s COLLECTED POEMS: 1944-1979. Used with permission of NYRB Poets. Introduction copyright © 1979 by Clive James.

Clive James was born in Sydney, Australia, in 1939 and has lived in the United Kingdom since the 1960s. He is the author of numerous volumes of literary criticism, poetry, and memoir and over the course of his career has at various times hosted several successful television and radio programs. Among his most recent works are a translation of Dante’s Divine Comedy and the poetry collection Sentenced to Life.

A Darke and Vicious Place: Conceptualizing the Vagina

On Gendered Book Covers and Being a Woman Designer 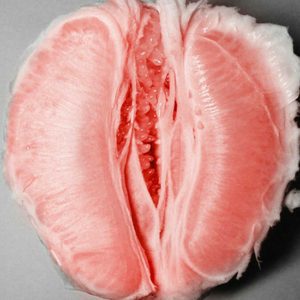 A Darke and Vicious Place: Conceptualizing the Vagina