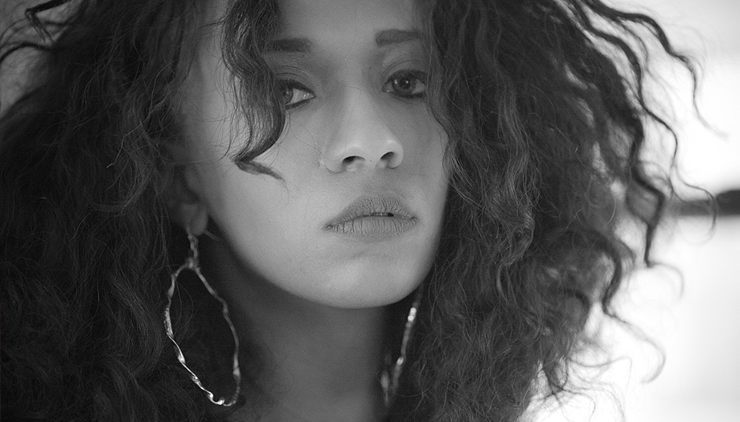 To mark Banned Books Week, which officially kicks off this Sunday, PEN American has commissioned a series of essays engaging with what it means when we silence voices, famous and otherwise. Contributors include Ron Meyer, Lo Kwa Mei-en, Darnell L. Moore, Lidia Yuknavitch, Nina McConigley, and more. The following essay by Rachel Eliza Griffiths will appear in the series.

In high school, my beloved English teacher, Mrs. Reilly gave me James Baldwin’s Notes of a Native Son to read for our advanced literature course. With only one other black student in the class, I was angry. Why had I been given the black book?

I remember staring down at the direct, unbroken gaze of a black man’s face and feeling ambivalent. Why couldn’t I have Virginia Woolf or Faulkner? Now, looking back, I realize that assignment as one of the most sublime and critical moments for me as an American writer.

Not long after my devotion to Baldwin erupted, I soon discovered Toni Morrison’s seeds on my mother’s bookshelf. The books, their spines worn and proud, had been there for some time but I was young and had not known to look, to see them. Baldwin had incited a fire within me and Morrison became the oxygen. I craved these writers’ shining alphabets and mirrors, distressed by blood, history, and truths about black life and black love I had rarely seen brought to life on the page. Their pages were tempered glass, refracting a troubling world that was deeply complex and profound.

By the time I discovered Morrison and Baldwin, and just before them Zora Neale Hurston and Langston Hughes, I had read hundreds of books. In the past I’d understood myself to be a sort of voyeur or onlooker where certain types of narratives were concerned.  I had understood that books were extraordinary in their powers, and their uneven, flawed stories of the vast, intricate human condition.  While I disappeared inside of the stories, I would sometimes experience a pained awareness of not belonging despite the invitation to sit at the table. Rarely had any of those pages appeared to fully acknowledge and speak intimately to, and by name, the existence and tension of my young, black body.

Recently I attended a literary event, sponsored by the Academy of American Poetry and the New York Public Library, which featured a conversation between poet Claudia Rankine and photographer Carrie Mae Weems, moderated by poet and essayist Elizabeth Alexander. Weems, an iconic photographer of black women’s bodies and narratives, described how she had received Morrison’s words while reading Song of Solomon. Weems explained her experience to us, demonstrating, literally, how she had to get on her knees. I imagined Weems alone in a room of light with the dense, weight of the book glowing through her entire body. I could see her elegant brown arms and long body bent, in grace, within the self-knowledge of Morrison’s language. It is Morrison’s language, in The Bluest Eye and other works, which confronts and resists the authority and naming of the privileged gaze.

As I listened to Weems speak of her experience regarding her reading of Morrison, I remembered how, years ago, my own arrhythmic heart had contorted in my body, my blood burned gold in its millions of creeks and rivers, my brain opened in its dark, dazzling cup. I could see myself. Morrison had achieved freedom through her language. And, she had been strong enough to trust herself and to share her visions with all of us. A new thought arrived to me as a young woman: I could make my own choices and I could choose the hard things. My own pages could also be my eyes, bruised and clear at once in their imagination.

In 2012 I attended Sheer Good Fortune, a tribute celebrating Toni Morrison, which was hosted by the late Maya Angelou, Dr. Joanne Gabbin, and Nikki Giovanni. Before the event began I’d walked back to a private, reception room, hoping to glimpse Morrison and the black and brown faces of women who had, in a sense, raised me. Standing out in the hall, trembling, and peering into the room, I was speechless. Toni Morrison, Maya Angelou, Nikki Giovanni, Angela Davis, Rita Dove, Edwidge Danticat, Sonia Sanchez, Toi Derricotte, India Arie, Mari Evans, and many more were gathered in one room. I remember Edwidge waving kindly at me to enter and to fix myself a plate of something to eat and how, in an instant, I felt I’d been teleported to an elder’s living room. A magnificent porch. I remembered how it felt, as a young black woman writer, to be seen. The sensation of this act is exquisite and excruciating. When you are seen you can no longer disappear.

So now and onward, I gather Baldwin, Morrison, Weems, and so many others because I’m thankful for their courage and their risks in grasping a word, an image, a song, a color, and shaking it loose from those who seek to perpetually banish black and brown peoples’ human rights to actually be human.

When schools and institutions attempt to ban The Bluest Eye there is a distinct and ugly irony to this exile. I often think of Morrison’s own words, “If you’re going to hold someone down you’re going to have to hold on by the other end of the chain.” To cite protection of children fails all of us, morally and culturally, when we are mostly unable to provide any sort of reprieve to ourselves and/or for our children, given our American culture and its politics. This peculiar education, which occurs “virtually” and within the home itself, is far more dangerous and threatening than any single book. America’s educational system is pregnant with politics, debts, and policies that manipulate, bankrupt, and punish its students, teachers, and parents. The narrative is, truly, as much about the archetypal blue eyes themselves as a small black girl who desires them. But the contemporary narrative is also about the blue eyes of the frustrated, angry young white males who find the shifting American landscape incomprehensible. And so they bear arms and eyes in fatal attempts to control the weight and power of the gaze, even if it requires their own suicides. What would it mean for America to stand before its own shattered face and attempt to name something so broken and blind?

Perhaps, here in this country, there is more privilege in the gesture of looking away from black bodies than the courage and language required to actually look at us. Especially when we are demanding to be looked at and treated in such a way that rejects our murdered, mutilated, and incarcerated bodies as spectacle.

This is one of the many reasons why I appreciate Morrison’s use of the collective “we” in The Bluest Eye, which feels both brutal and hopeful. Morrison writes, “We tried to see her without looking at her, and never, never went near. Not because she was absurd, or repulsive, or because we were frightened, but because we had failed her.” Even there in that unsettling landscape of childhood, Morrison explodes the lie of beauty and virtue, revealing dangerous roots and desires that exhaust all of us, but especially, women.

The art of seeing and unseeing, stitching and unstitching the American psyche, opens wounds far deeper than the eye itself can ever manage. And yet it is primarily the eye itself, haunted and untrusted, through which both pride and loathing pour.

The physical grammar of black men’s and black women’s bodies continues to altar and alter the policed flesh of language and imagery in this country. It is no surprise to me at all that The Bluest Eye remains a continued threat and succeeds in appearing frequently on this list of banned books. It is no surprise that there are some citizens who do not want America to look directly into the eyes of the descendants she has brutalized and enslaved, dragging them across the sea, acknowledging her own “blackface.”

The capital and complex imagination of black people has always been banned, unless it is supportive in the service of the privileged body’s desire to view itself as superior. The audacity of a black woman writer to articulate her own mind and her own imagination through language must appear, to those holding their own leashes and chains, nothing short of terrorism. I love Jericho Brown’s searing line in his poem, “Homeland,” because it rings so deeply and indivisibly inside of the implicit, unspoken fears of this country. “Nobody in this nation feels safe, and I’m still a reason why.”

Finally, I want to think about Pecola. She is not the only space of violation and vanishing where black bodies are concerned. Morrison emphasizes and reveals to us that it is also the language itself. The architecture of words is also culpable at its formidable, colonial foundation. It is embedded in the desirable white “toy” girl dolls; the “long brown hair braided into two lynch ropes”; the refusal of the white hand to deliver and to accept a black child’s currency; Polly Breedlove’s toenail scratching at her own itching, black ankle; the black cat mourned by its self-hating lover; the flea-chewed eyes of a dog who recognizes tenderness and innocence; and the poisoning of literal meat (body) as well as the blackberry-stained poisoning of a black girl’s psyche. It is the failure of Frieda’s and Claudia’s efforts to grow full lives from their scattered seeds.  It is how the gaze, symphonic and scalding in both desire and repulsion, loops itself through every American seam. Like Morrison’s Geraldine, America will have to stop hating herself and her black offspring.

Also, I would like to think about Pecola and lineage. It is more difficult to turn one’s gaze toward hope and action than despair. So I want to consider (again) Harriet Tubman’s strong legs walking miles in the wild, necessary, and equal dark of her own freedom for her black self and a better world. And how Viola Davis’s recent Emmy award and luminous black skin became a gorgeous lamp and mirror when she named Tubman at the Emmy Awards and said, “The only thing that separates women of color from anyone else is opportunity.”

In The Bluest Eye, Morrison offers all of her readers, no matter their hostility or sympathy, an opportunity, nuanced and heartbreaking, to see beyond what the human eyes finds unbearable and invisible. Find the eyes that see you as a human being. Use them until you can see yourself deeply and complexly. Remember the rich earth of Morrison’s lucid words in the final passage of The Bluest Eye, “Certain seeds it will not nurture, certain fruit it will not bear, and when the land kills of its own volition, we acquiesce and say the victim had no right to live.”

Rachel Eliza Griffiths is a poet and visual artist. Her most recent collection of poetry is Lighting the Shadow (Four Way Books). Griffiths teaches at Sarah Lawrence College and lives in Brooklyn. View her video of Amiri Baraka’s “Incident” for #blackpoetsspeakout.
https://vimeo.com/113862942 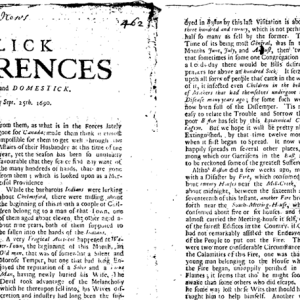 Rachel Eliza Griffiths remembers how it felt as a young black woman writer to be seen: “When you are seen you can no longer...
© LitHub
Back to top