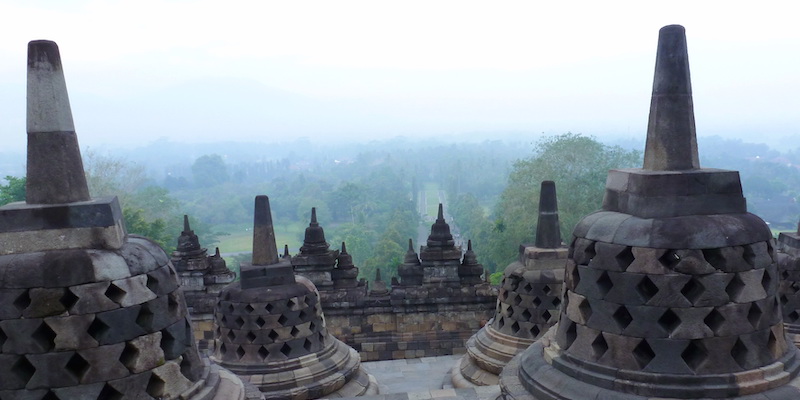 Borobudur is a Buddhist monument on the island of Java in Indonesia. Its monolithic girth obscures the volcanic cone of Merapi puffing in the distance and dwarfs the jungle at its feet, its sheer magnitude a reminder of the march of civilization. Borobudur’s power to overwhelm is brought to heel by the intricate bas-reliefs adorning the walls of its nine stacked terraces.

Depictions of plant, animal, and human history create an ancient pictorial of the realms of the Buddha, ending at the top where stark stupas each house a statue of the prophet, heaven just beyond. One can’t help think the story carved in the stones is a metaphor for the history of the world.

It struck me, as I walked those terraces at Borobudur, that historical fiction works in much the same way; it exists in two dimensions—the real and the imagined, and in two spheres—the collective and the personal. The monument taught me how to tame the scope of What Is Written on the Tongue, a novel spanning two wars set in two different countries. I would focus my imagination on the gaps between real events and claim space for fictional characters who could give life to the stories of the men and women and children who lived, and often suffered through, this big-picture history and its consequences.

Amassing binders of research, I was able to understand the context and identify plot points. Six weeks’ travel across Java was vital to creating the novel’s atmosphere. But it was the personal account from my dad that was both catalyst and gift to this novel.

Imprinting imagination on the real, and the individual experience on the collective, has the capacity to humanize history and connect the present day reader to our collective past.

Shortly after Holland was liberated from the Nazi occupation, my dad was sent with Dutch forces to reclaim Indonesia, a Dutch colony prior to World War II. In the space of a few short years he went from being occupied to holding the gun, from having an enemy to becoming one.

In writing the novel, I chose small pieces from the many stories of World War II he (and Mom) exuberantly shared, vignettes that contain the specificity and detail needed to give the work authenticity and create believable characters to inhabit the world created.

My dad on a train headed to a labor camp with a young priest who encouraged the men to sing instead of succumbing to their darkest selves; Mom tying her scarf around the handlebars of her bike to signify an act of resistance; Dad walking home through bombed-out Germany at war’s end—none of these is used as they were actually experienced, nor in full, and none are from my parent’s point of view. What all of them do is fill in the blanks in the official record—the personal narrative within the global—and, most importantly, they serve the story.

Some writers might use such gems in their entirety and create a facsimile of Dad as a character, but I couldn’t do that precisely because he is real and, at 97, still owns his stories and the memories and opinions associated with them. I chose instead to create Sam, a fictional protagonist, and structure the novel so that the lived World War II episodes are woven through in ways that shape Sam’s view of the world and inform his subsequent actions and reactions in Indonesia.

This happened quite organically because, though he was verbose about his time as a teenager in occupied Holland, Dad was equally silent about his early twenties in the tropics. So what happened to have muted his normal generosity of detail? Of this time, my uncle only said of his experience, “We never should have been there.” As it turns out, silence too demands attention. But silence is hard to bring to life, and if I’d become too tangled in what actually happened with my dad, I wouldn’t have been able to fully explore what the silence meant.

A Javanese word for such relativism is Mengeti, “this writing of history.” I like that idea: historical fiction as a revelation of truths particular to these specific characters and the sensibilities of this individual writer. A writer penning a more biographical novel about a long-dead or famous historical figure might argue the imperative of staying true to facts, but one could ask which facts, which “writing of history”? Our sense of history is malleable, dependent on the circumstance, motivation, insight, or delusion of those who lived or recorded it.

The Indonesian war of independence was complicated by the many sides involved, but it’s not my place to tell the story of the Javanese. This novel is about the Dutch, and I created various Indonesian characters only as a means to portray the vagaries of revolution and colonial politics, to show their particular stakes. These characters live the effects of the colonial war without, I hope, appropriating their individual and collective story.

It was hard. The whole thing was hard. The more research I did about the silencing of this war in Dutch history, the more I had to distance it from my dad in order to challenge Sam’s notions of loyalty and human decency. Dad had a desk job in Jakarta for the three years he served, but Sam needed to live the full nature of this war, and in the novel, he does some dark things in dark places with dark results. Even though his fictional experiences are not my dad’s, I still cried writing some of these scenes, and cried equally at those more redemptive moments, perhaps out of relief that the man I conjured from my dad’s early stories could see his way home. It had to be done; serve the story.

It’s both gratifying and humbling to know my Dad believes that in writing the novel I’ve come to know more about the war than he did. I get it: he was living in its midst, and none of us truly knows the impact or relevance of such things until we can view them from a distance and with a calculating eye. These are the gifts of historical fiction, giving power over the larger history back to people like my dad who lived it and often had no agency to choose.

As with any significant world event, Putin’s unthinkable war on Ukraine will one day demand a reckoning. Historians will detail casualties, economic costs and weaponry, wonder at the Ukrainian resolve and make judgements about the world’s collective response. The grand sweep will be written as needed to justify, as desired to explain, as a search for redemption. But as writers of fiction, we have the privilege and capacity to first recognize and then reckon with specific historical truths. Imprinting imagination on the real, and the individual experience on the collective, has the capacity to humanize history and connect the present day reader to our collective past. 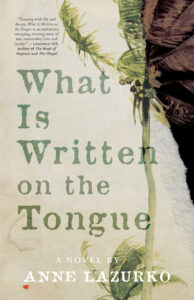 What Is Written on the Tongue by Anne Lazurko is available via ECW Press.

Anne Lazurko’s first novel, Dollybird, won the WILLA Award for Historical Fiction. She has short fiction and poetry published in literary magazines and anthologies and is an active teacher, editor, and mentor in the prairie writing community. An award-winning journalist and no-awards farmer, she lives near Weyburn, Saskatchewan. 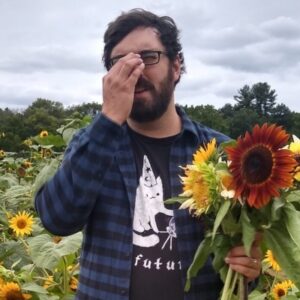 Zac Smith is the guest. His debut story collection, Everything Is Totally Fine, is out now from Muumuu House. Subscribe...
© LitHub
Back to top
Loading Comments...