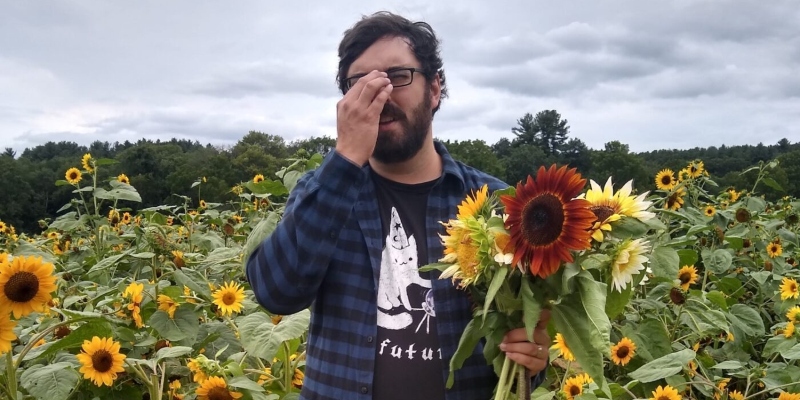 Zac Smith is the guest. His debut story collection, Everything Is Totally Fine, is out now from Muumuu House.

Zac Smith: For me, culturally, it feels like being a writer is a very cool sounding career. In rom coms, the character who’s the writer is fashionable and metropolitan and wealthy. People get into it. They’re like, oh, I can write stories, I’m going to write a book, I’ll be a bestseller, I’ll make a lot of money, I’ll be cool and hip and I’ll live in New York City. But the reality is that’s not really the case at all. And I think people often overestimate their abilities. Maybe publishing is unique to this, I might be wrong, but I feel like there’s a category of person who’s like, “I want to write just because I want to be a writer and not because I want to write.”

Brad Listi: Yeah. I think people want the identity and the cultural cachet. It’s weird. It is a grossly underpaid profession. People are mostly living in poverty or subsidized in one way or another to be able to do this. But if you publish, and if you have even reasonable success publishing, it does carry cachet, I find. People respect writing even though they might not be readers.

Zac Smith: Yeah, there’s this cultural sense about it. When you think of writers you think of Stephen King, whose job is to write cool stories and make millions of dollars.

Brad Listi: But that leaves a lot of the field open. What about all these writers like you and me and whoever else who are maybe left of center? I call it making smaller music. Stephen King is playing arena rock. That’s what he’s doing, and he’s really good at it, and power to him. But there are also the weirdos in the cafes playing the ukulele or whatever. There’s got to be room for that, too. I’ve noticed that same dissonance between the way the job itself is perceived versus the way that it’s actually appreciated or not by the culture.

Zac Smith: Yeah. And I think there’s just a lot of misconceptions, especially when people start talking about how big an advance can be. Even just the payment structure of an advance—if you get a $100,000 advance, which doesn’t happen that often, but say you do, that’s split out over like three years, and a huge chunk of that has to go to an agent and all this stuff. And if you break it down, the average person who’s the number two or three spot of the New York Times bestseller list for one week is making less than $30,000 a year for three years. It’s not really a glamorous career. You can find all these articles about people basically bankrupting themselves because they’re successful authors who pay out of pocket for their own publicity, they travel to all these conferences and stuff, and then they don’t sell the second book, and they’re where they started. But then they’re carrying this baggage of like, but you’re a successful author, how did you screw up so bad?

Brad Listi: Yeah, you’re a hit at cocktail parties, but you can barely keep your electric bill paid. It’s a crazy situation. There’s that part of it, and I think there are writers who just want to be a writer with a Capital W than to actually do the writing. And it sounds like you’re in it to do the writing—you like the act of writing.

Zac Smith: I think so. I hope so. I mean, I get into it for that. I will admit to being similarly deluded when I was trying to write these novels and think, oh, I’ve got something here, I should find an agent, I should do all this. I didn’t know how anything worked. And then looking back on it, I feel pretty embarrassed. I think that’s normal. And I’m sure I’ll feel differently in a year or two years about my relationship to writing.

But for me, for now, the most I’ve gotten out of writing has been my relationships to people, my experience creating with them, collaborating on things or goofing off on writing projects with people, or putting together this book or my book of poetry and thinking of it as something fun to do. And then trying to ensure that the experience of making it and everything else that comes after it is also fun, because otherwise, what’s the point?

Zac Smith is the author of Everything Is Totally Fine (Muumuu House, 2021) and 50 Barn Poems (2019). His writing has been published by Hobart, X-Ray, Maudlin House, New World Writing, Wigleaf, Bending Genres, and other magazines. 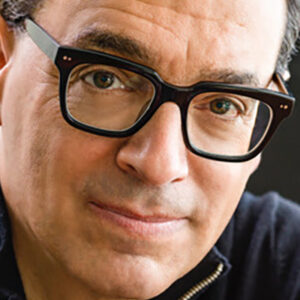 In this episode of Just the Right Book with Roxanne Coady, Daniel Pink joins Roxanne Coady to discuss his latest book, The Power...
© LitHub
Back to top