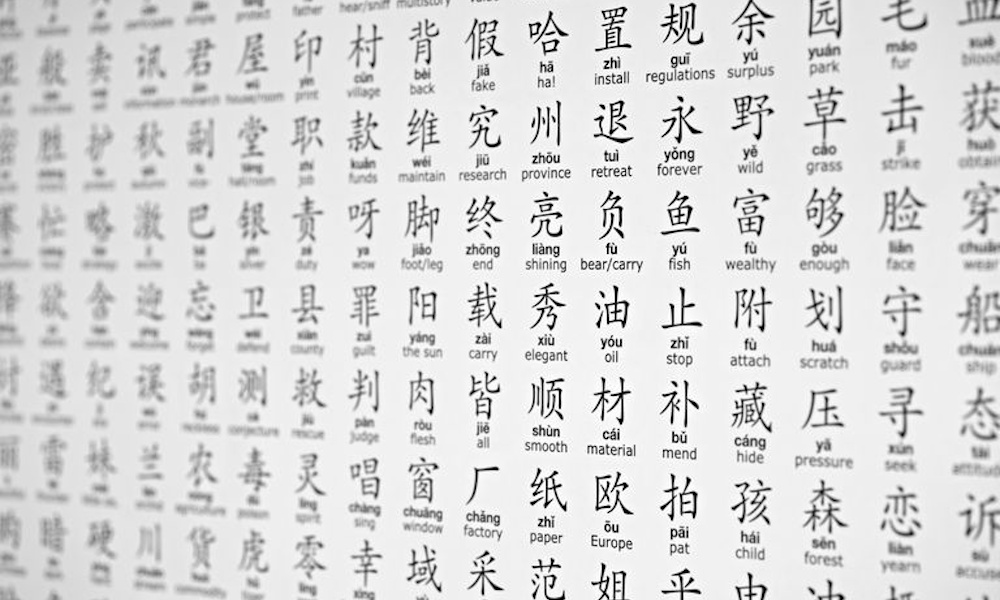 Lucy Tan Rediscovers Chinese Through the Fiction of Eileen Chang

The first fiction I ever read in Chinese was a short story by Eileen Chang, titled simply, “Love.” I was in college at the time, and my Chinese language teacher had handed it to out to the class. After I finished reading it, I quietly began to cry.

I can’t tell this story without telling you what the language meant to me then. My parents are Chinese-American immigrants, and the first language I learned was Chinese. I spoke it almost exclusively until the very first day of pre-school, when I learned the sentence, “Can I have some juice?” From then on, I spoke in full English sentences. Chinese became the language I only spoke when compelled—with my family, who always spoke Chinese in the house, or when I was forced to practice it at Chinese school on the weekends. I struggled against it, partly because I didn’t possess the full range of vocabulary through which to express myself, and partly because it was a language in which I couldn’t address my emotions.

My parents did not like emotional conversations. They did not say I love you. On parents’ visiting day at school, other kids’ parents left them notes that said “We’re proud of you!” My note said, “We hope you will continue to improve this year. Please read books other than the series, The Baby-Sitters Club.” The closest they had come to addressing the issue of emotion were the times they asked me, “Why are you crying?” By which they meant, Stop crying. And so I tried never to cry in front of them. I held my tears through dinner. I cried only alone, in my room, or on the phone with friends. It seemed to me that the heart was a dangerous territory for Chinese and so I kept the two apart. It was in English that said I love you to a boy for the first time, English in which I cursed aloud. In books written in English, the intricacies of feeling and mysteries of human existence were explored. It was in the love of this language that, early on, I found the determination to become a writer.

But sitting there in the classroom as a college freshman, staring at those three-hundred-some words that made up the Eileen Chang short story, everything I knew was torn apart. No story written in English had ever made me feel what this story made me felt. It was the most profound reading experience I’d had with short fiction, and the story had been written in Chinese. It was as though the two worlds I was used to traveling between had suddenly collided.

The story “Love” is seemingly simple. It’s about a young woman who falls in love with a neighborhood young man after they meet briefly, beneath a peach tree. Years later, after she’s lived a life of misfortune, she remembers this meeting with him and remarks upon the gifts of time, coincidence, and life.

What was striking to me about this story was the things that aren’t said. The years in which the young woman is sold as a concubine hovers around the edges of the story, out of focus, but dark enough to illuminate the shining moment in her life that’s described. So much is implied by the words, “Time passed.” Nothing more is needed. For all I loved about the power of language to name what can’t be put into words, this—not naming it—had equal power.

Subtle, too, are the narrative shifts in this piece. Our understanding of the story is guided by the voice of an omniscient narrator until we arrive at the phrase ‘She remembers…’ Suddenly, we jump forward in time, where the narrative has been taken over by the young woman, who is now an old woman, looking back on her life, knowing what she has already lost. And what of the phrase, “She often speaks of that young man”? To whom is she speaking, we wonder? What solace, what comfort has she found in her old age? Chang is a master of suggestion. Reading this story taught me that in fiction it’s possible for some of the most poignant moments to linger out of sight. Because, the story seems to say, the hard parts are beside the point. Like a dart, piercing through the thinness of all the years of this woman’s life, is this single encounter: a meeting with a man beneath a peach tree. As readers, we come away reminded that it is rare moments of love and light that we should let define our lives and give our existence focus. How compassionately Chang renders this story. And yet, what a cruel story it is.

For a week, I walked around with “Love” tucked into my class notebooks, switching it from one to the other as I switched classes. The text took up barely half a page. I remember being surprised by that fact each time I looked at it. I couldn’t stop thinking about the young woman in the story and the life she’d left. I couldn’t stop hearing that refrain, “thousands and ten thousands of people, amidst thousands and ten thousands of years.” I had an urge to call my mother, who lived in China at the time. I wanted to tell her that I felt closer to her somehow, not because the story itself had anything to do with her, but because for the first time, I felt moved by Chinese. I felt understood by this story.

Of course, I didn’t do it. My parents and I don’t use language in that way. To this day, I still have never said the words I love you to them in Chinese.

Years later, in writing my first novel, I found myself telling my own love story. What We Were Promised is about many different kinds of love—family love, lost love, stale love, and new love. My characters are Chinese and Chinese-American, and they mostly speak Chinese. One of my early readers made an observation that stuck with me: “They so rarely tell each other what they’re feeling!” It occurred to me that I was writing the kind of dialogue I grew up hearing, where love is tacitly understood. Love settles into the cracks of daily existence, paved over by mundanity. “Wear a coat,” my mother would tell me. “Eat more meat.” “Read different books.” I love you. I love you. I love you. What I’ve learned after twenty-some years of speaking both languages is that it’s very American to say things aloud. And it’s very Chinese to feel them quietly.

“Oh, you are here also,” the young man says to the young woman. In other words: I love you. And yet I love you would have cheapened things. By acknowledging the limitations of language, by letting everything else do the telling, we are treated to the depths of one human life. Maybe it was never that my parents were unwilling to say I love you. Maybe they sensed that the phrase itself was never enough.

Lucy Tan grew up in New Jersey and has spent much of her adult life in New York and Shanghai. She received her B.A. from New York University and her M.F.A. from the University of Wisconsin-Madison, where she was awarded the 2016 August Derleth Prize. Her fiction has been published in journals such as Asia Literary Review and Ploughshares, where she was winner of the 2015 Emerging Writer’s Contest. What We Were Promised is her first novel. 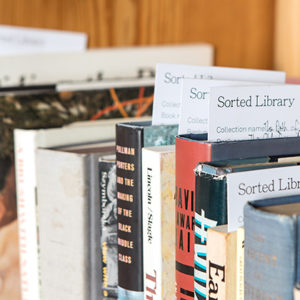 In a windowless room tucked into a ground-floor corner of a co-working and incubator space in DUMBO, Brooklyn is the Sorted...
© LitHub
Back to top