For nearly 120 years, Bram Stoker’s Dracula has been constantly in print. The official publication date, May 26, 1897, is celebrated annually as World Dracula Day by fans and scholars of Gothic literature alike. One would think that every background detail, every interpretation, every incident of its publication history would’ve been discovered and written about by now, but tantalizingly, new insights about its sources, its meaning, and its many metamorphoses pop up now and then.

Certainly the most surprising and intriguing Dracula-related discovery of this still-young century is the unearthing of the novel’s Icelandic sister. Its title, Makt Myrkranna (Powers of Darkness), has been known to Dracula experts since 1986, when literary researcher Richard Dalby reported on the 1901 Icelandic edition and on its preface, apparently written specifically for it by Stoker himself. Ever since Dalby published an English translation of this foreword, it has been the subject of literary speculation, as it mentions the Ripper Murders—although Jack the Ripper was never described in the 1897 English edition of Dracula.

More astonishing than the Ripper reference, however, is the fact that not a single scholar made an effort to read the rest of the Icelandic book. Copies were, and are, available for consultation in a dozen Icelandic libraries and a few foreign university libraries, but Dalby’s appraisal that Powers of Darkness was merely an abridged translation of Dracula was never questioned and made its way into various bibliographies.

In December of 2013, I decided to rework an essay I’d drafted the year before about the claim of veracity Stoker had attached to his supernatural narrative: “All needless matters have been eliminated, so that a history almost at variance with the possibilities of later-day belief may stand forth as simple fact.” The Icelandic preface presents this same claim with even stronger emphasis:

To the best of my belief, there is no doubt whatsoever that the events related here really took place, however unbelievable and incomprehensible they may appear in light of common experience.

I emphasize again that the mysterious tragedy described here is completely true as far as the events as such are concerned, although in certain points, of course, I have reached a different conclusion than the people involved. But the events as such are irrefutable, and so many people are aware of them that they will not be denied.

For reasons I can’t quite explain—probably rooted in early childhood trauma and a general mistrust of established truths—I thought it might be a good idea to check the Dalby translation of the preface against the original Icelandic text. A facsimile copy had been reprinted in Dalby’s 1993 article in The Bram Stoker Journal, but again for reasons eluding the rational mind, I wished to go back to the source and find a copy of the 1901 edition myself. I wrote to various institutions in Reykjavík and was lucky to get in touch with Katrín Guðmundsdóttir and Einar Björn Magnússon at the Reykjavík City Library, who kindly sent me a fresh scan of the preface from their copy of Makt Myrkranna.

The year 2014 started without snow but with a dark, leaden sky. On January 2, I transcribed the text from the library scan to a Word file, next to Dalby’s translation, leaving a third column open for my own attempts. The next step I can’t really explain was to copy one of the Icelandic lines I had noted into the Google search field. It was as if I had rubbed Aladdin’s magic lamp. A website popped up that led me to another scan of the preface. This time, the text appeared as it had in an Icelandic newspaper called Fjallkonan published on January 13, 1900, by the writer and newspaperman Valdimar Ásmundsson. Apparently, Makt Myrkranna had been serialized more than a year before it appeared in book form—the only form hitherto known outside of Iceland.

Early serializations of Dracula are rare. In 2012, Stoker biographer David Skal announced the first discovery of a US serialization. It appeared in the Charlotte Daily Observer, starting on July 16, 1899; the story ended on December 10 of the same year, just a month before Fjallkonan published the Icelandic preface and the beginning of Chapter 1 in Reykjavík. Neither the US nor Iceland were the first countries to publish Stoker’s story in episodes, however. In June of 2016, I was able to locate what is probably the first translation of Dracula ever, in the Hungarian newspaper Budapesti Hírlap, which started as a serialization on January 1, 1898.

But there was more. The newspaper archive’s website allowed me to skip to the following issues of Fjallkonan and read the complete Icelandic version, episode by episode. I started copying the text of these chapters to create a complete digital transcription of Makt Myrkranna. I copied some random paragraphs into Google translate and found that the strange gibberish appearing in the right column described scenes not found in the novel Dracula—at least, not as we know it. Jonathan Harker was called “Thomas” now; Mina appeared as “Wilma” and Lucy as “Lucia.” Thus, the Makt Myrkranna translation project was born, and I would not give it up until this lost novel had surrendered its mysteries. What I eventually discovered turned out to be a story more exciting and elegant than Dracula itself.

Yes, I said it. Although Dracula received positive reviews in most newspapers of the day—as recently established by John E. Browning—and later inspired hundreds of stage and screen versions, the original novel can be tedious and meandering. It is filled with sentimental conversations in which the characters assure each other their appreciation, friendship and loyalty instead of letting their actions speak. There are lengthy discussions of legal and moral issues—for instance, when Professor van Helsing proposes to break into the Piccadilly house of the Count. Many Dracula fans shun reading the source material and know the Transylvanian Count only from its numerous adaptations. Powers of Darkness, by contrast, is written in a concise, punchy style; each scene adds to the progress of the plot. The portion set in the Count’s castle is even longer than in Dracula but more action-packed. There is also a subtle layer of subversive humor present in the conversations between Harker and his host, who obviously enjoys playing cat-and-mouse with his young and somewhat naive guest.

The second part of the book is extremely condensed. It briefly reports on the events in Whitby and in Lucia’s (Lucy’s) house, about Wilma’s (Mina’s) travel to Transylvania to find her fiancé, and on their joint return to Exeter. The madman Renfield is not mentioned at all, nor does the Count attack Wilma after Lucia’s death. He is eliminated still in his Carfax house, and in this respect, Powers of Darkness anticipates one of the most important changes present in later stage and film versions. Like in these later adaptations, the Count does not hide away after arriving in England. Instead, he has polite conversations with Wilma and Lucia at the Whitby graveyard, visits the diseased Lucia at her London home as a regular sickbed guest, and hosts a large party at his ostentatious Carfax mansion. He even wears a red cape instead of all-black garb during the bloody ceremonies he stages with his adepts. All this sounds amazingly modern, and we can only wonder about the similarities between the 1900 Icelandic text and the modifications made by Hamilton Deane and John L. Balderston a quarter of a century later.

Other major differences from the 1897 Dracula novel include dropping the epistolary style in Part II and its pronouncedly erotic stance. In the Count’s castle, Harker is irresistibly attracted to the almost bare-breasted blonde vampire girl who inhabits the top floor of the building—with their secret meetings getting more and more intimate. Although the young lawyer tries to restrain himself, there is no trace of the repulsion he expresses in Dracula. In Powers of Darkness, the Count has even more female companions, who invariably are stunningly beautiful, just like the victims of his coven—girls who are brought into his barbarian temple in shackles, virtually denuded. One might argue that for Bram Stoker, who had to delete parts of his Dracula manuscript in order to have it published by Constable, the publication in Iceland meant an opportunity to launch an uncensored version of his vampire tale. But Stoker’s zealous rejection of sexually provoking scenes in fiction makes this seem highly improbable. “A close analysis will show that the only emotions which in the long run harm are those arising from sexual impulses,” Stoker wrote in 1908 in a defense of censorship. It is hard to imagine that the same author would have indulged in creating the titillating nude scenes we find in Powers of Darkness. I rather suspect that Valdimar Ásmundsson, who in the 1901 book version is listed as the translator of Stoker’s narrative, acted as the Irishman’s co-author.

How can one be sure that Ásmundsson did not create Makt Myrkranna alone, with or without Stoker’s consent? Several textual clues lead me to believe that this is highly implausible as well. Seven separate plot elements, which were included in Stoker’s early preparatory notes but never made it into Dracula, appear in the Icelandic version. The names of the new characters seem to have their roots in Stoker’s personal and professional life rather than being invented by Valdimar, who never traveled to Europe. If we calculate the chance that all these congruences would occur by sheer coincidence, we arrive at one in a million—or less.

At least for the preface, the possibility that Valdimar made it up is highly doubtful. It contains an obscure reference to the Thames Torso Mysteries, which took place in London beginning in May of 1887, more than a year before the Ripper murders started. In the text of the novel, the Count mentions these unsolved torso murders in his conversation with Harker:

. . . these crimes, these horrible murders, those slaughtered women, found in the Thames, drifting in sacks; this blood that runs—runs and flows—with no murderer to be found.

Stoker, who lived and worked in London, must have been well aware of the grisly details. In Iceland, however, none of the newspapers mentioned these horrible homicides and its mutilated victims. To an Icelandic reader, the hint in the preface must have been incomprehensible.

Powers of Darkness was written to amaze and to entertain—and it still is able to do so today. Apart from the new questions this literary discovery triggers, the work offers a highly entertaining read and in its succinct elegance matches Carmilla by Joseph Sheridan le Fanu (1875) more than Dracula. Readers from all over the world will certainly be fascinated and charmed by this forgotten story, now that it’s finally available to them.

Adania Shibli on Writing Palestine from the Inside 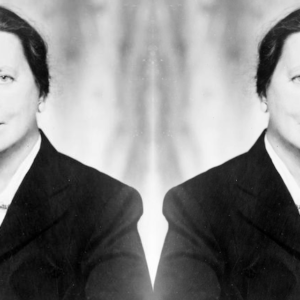 On César Aira and his “realist, surrealist, absurd, and philosophical” work. | The New Yorker “Many...
© LitHub
Back to top