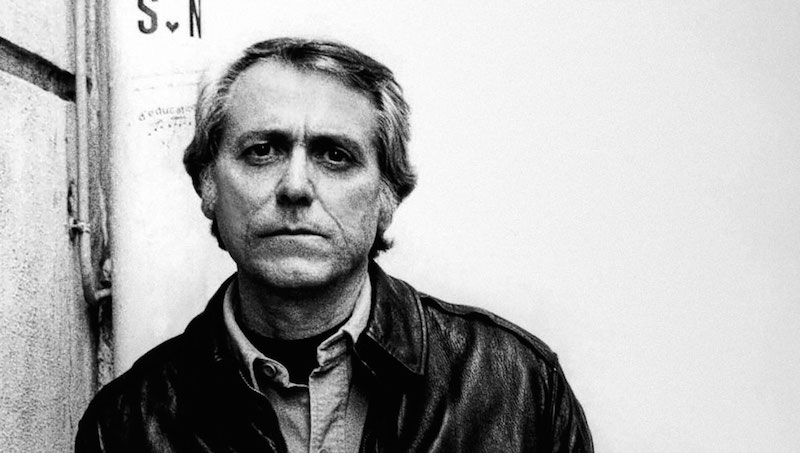 On the Rich Artful Paranoia of the Son of a Jesuit

“Italy is full of actors,” Orson Welles said. “Fifty million of them, in fact, and they are almost all good; there are only a few bad ones, and they are on the stage and screen.” Luigi Barzini preferred the words spectacle and illusion to describe the distinctly Italian tendency for public performance. In communication, Barzini warned, “only the face counts.” The rest is artifice.

Don DeLillo has been called many things, from the “chief shaman of the American school of paranoid fiction” to a postmodern prophet, but he is simply, absolutely Italian. DeLillo is a literary showman. Each of his novels is an intricate performance. His cultivation of the Italian tendency toward showmanship is best revealed in his wavering between skepticism and sentimentality.

That combination is also what first attracted me to his fiction. DeLillo was the Italian-American writer I longed for: someone who retained the sensibility of an immigrant voice, who wrote in the shadow of Catholic faith and culture, and who looked at certain spheres of the American experience with a skeptical eye. In college, I had been attracted to other Catholic writers, Thomas Pynchon and Flannery O’Connor. Both writers were playful and eccentric in their own way, yet they helped me grow more as a reader than as a writer. Readers should read widely and deeply, but writers need to find someone who looks and sounds like they do. It is a freeing and enabling discovery to realize that others have come before you.

Where I come from, young Italian men are not supposed to write. We are certainly not supposed to read poetry and theology. Each time I returned home from college, one of my fellow Italian neighbors would walk across the front lawn while I was helping my father notch a tree or clear brush, shake my hand, and ask why I was going to college. There was no need for it. I could work for his landscaping company, or for his brother’s roofing business. College was a sham. Work was real.

My parents never felt that way, and for that I will always be thankful. My mother read short stories, novels, books of history and faith. My father studied theology and would always contextualize every situation, from a team’s prevent defense during a football game to the decisions of the local board of education, through the lens of his Jesuit education. My brothers and my sister, along with my parents and even my extended family—and Lord knows that Italians extend their families—cultivated the contrast of skepticism and sentimentality. We did not need to be told to not trust anyone; it was innate. Yet we might cry with equal range. In other words, an Italian must do everything on his or her own terms. There is no other way.

When my family came to this country, they lived on Arthur Avenue in the Bronx, likely no more than a few blocks from where DeLillo’s parents emigrated from Abruzzo. (DeLillo’s parents owned an Italian bakery on East 187th

Street.). DeLillo was born a few weeks after my father in 1936. They both went to Jesuit schools. This is an important fact that often escapes appreciations and detractions of the novelist. It is no wonder that Catholic Don DeLillo—and though he appears rather lapsed in belief, make no mistake, he is thoroughly, painfully Catholic—was trained by the Jesuits, priestly performers of the first rate.

If Jesuits and Italians are both performers, than how to explain DeLillo’s reserved public persona? Thomas DePietro has identified DeLillo’s reticence for explanation and interviews as a result of his adherence to the “old tribal notion of omerta—the code of silence that gains new significance when re-imagined by an artist struggling with the contradictions of self-expression.”

DeLillo has said his Italian-American childhood showed in his early stories, but “translates to the novels only in the sense that it gave me a perspective from which to see the larger environment.” His first novel, Americana, was “a private declaration of independence, a statement of my intention to use the whole picture, the whole culture.” DeLillo had long since left those Bronx streets, and it was not until Underworld that he found the “right frame” to document them in his fiction.

Even then, interviewer Tom LeClair shares an anecdote about DeLillo’s reticence to discuss his ethnicity and childhood: “In 1979 he told me about his father’s wearing paper shoes when he arrived from Italy—and then cut this revelation from the transcript. I thought then that he didn’t want to brag about the distance he had come as a writer. Reading Underworld now, I think DeLillo has spent decades wondering what artistic achievement could equal his parents’ accomplishment of life in a strange new world where, in Nick [Shay]’s mother’s words, ‘family was an art.’”

If we are to understand DeLillo, then, we should think of his ethnicity threaded through several themes: Catholicism, family, the Bronx, his early work in advertising, and perhaps most importantly, his interest in film. “Film allows us to examine ourselves in ways earlier societies could not,” he has said.” Film enables us to “examine ourselves, imitate ourselves, extend ourselves, reshape our reality. It permeates our lives, this double vision, and also detaches us, turns some of us into actors doing walk-throughs.”

Hollywood loves Italians—at least one particular iteration of the culture—and Italians love film. Has any other contemporary American writer been so obsessed with screens, crowds, audiences, and theaters? It is difficult to find a DeLillo novel that does not include projection. Even End Zone, his quirky football novel, includes coaches drinking burnt coffee late into the night while watching game films. Replays of reality.

Much has been written about Don DeLillo’s prophetic vision of American consumerist tendencies and his ability to capture our nation’s complicated relationship with war and violence—yet comparably untouched is his Italian-American identity. In a country whose fascination with Italian-American culture focuses on films like Goodfellas and The Godfather, DeLillo’s canon is an intellectual alternative. Italians do not disown these representations; they are romanticized in their own ways.

Yet DeLillo’s paranoia should not be a surprise. It is the paranoia of the son of immigrants, a young man living in an enormous city. If we construct and remake the world in private, we are then forced to perform in public. Years before Underworld laid bare DeLillo’s debt to his ethnicity, Frank Lentricchia argued that “nothing in his novels suggests a suppressed ‘Italian foundation’; hardly a vibration betrays an ethnic consciousness.” DeLillo? “His name could just as well be Don Smith or Don Brown.” In fact, the only elements Lentricchia finds ethnic about DeLillo’s dark comedy are “his brand of grotesque parody, his resistance to the American consensus, and his sympathy and respect for the maimed, the disfigured, and the excluded people in his novels.” I can accept these critical contradictions because Italians are contradictory. Each ethnicity has its vices and virtues, and the Italian-American writer must deal with an innate, stubborn skepticism coupled with a weakness for sentimentality. It is what allows many of DeLillo’s paragraphs to feel so finely crafted but emotionally empty, and yet what also allows him to slowly cultivate compassion for his imperfect characters. Maybe it is our tendency, as readers, to write humanity into even the most pale and inhuman characters we encounter. Or it might simply be the desire of an Italian-American kid, told by others that he should do anything other than write, to find someone similar he could point toward and say, look, it is possible. 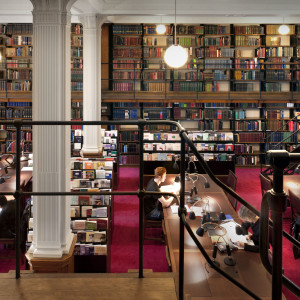 The London Library was set up in a fit of pique 175 years ago. Thomas Carlyle had become intensely dissatisfied with the studying...
© LitHub
Back to top