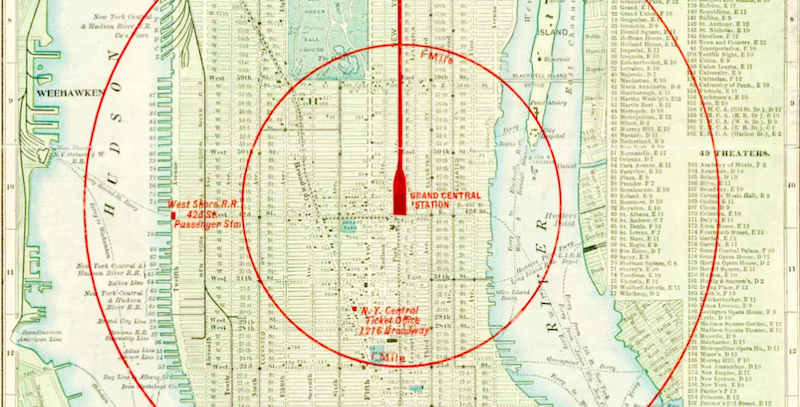 On Choosing a New York I Didn’t Think I Wanted

If This is the Center of the World, Why Does Real Life Feel Elsewhere?

Unlike many of the tens of thousands of college graduates who move to New York City every year, I grew up taking the city for granted. In the Connecticut suburb where I grew up, most people commuted into Manhattan for work. I would visit every few months, to see a play or an art exhibit, or have dinner with my parents and their friends. I thrilled at the lively, chaotic bustle of the city on these visits, but because it was so familiar, New York was never a place I aspired to live, the way many young people do; it was always the default option. After high school I left the East Coast for five years, attending college in Colorado and interning at newspaper in Portland, Oregon. But when the internship ended, despite my love of the west coast, I admitted to myself that New York was the logical place for someone with publishing aspirations, and moved home to look for a job.

Soon after I landed an editorial assistant position, I moved into a microscopic studio apartment near Union Square. I developed my own rituals and routines in the city: the Saturday morning chocolate chip cookie from City Bakery to accompany me on my errands; the Monday night restorative yoga class at the now-defunct OM Yoga Center.

I began walking the two miles home from work on all but the bitterest days. These walks were often my only source of exercise, but there was also something I found invigorating, after a day in the quiet office, about being out on the street with thousands of other people who’d just finished work too. The series of small decisions—should I bypass hectic Times and Herald Squares by detouring west to Ninth Avenue, or head east to elegant Fifth, or stay on Broadway, the most direct route, and plunge right through the tourists and hawkers and theaters—made me feel like an insider.

The following summer, two friends from college, Jane and Amanda, moved to the city, and Jane and I decided to share an apartment. We found a place on West Tenth Street, still tiny but palatial compared to my studio. Midway between uptown and Brooklyn, our place became the obvious meeting spot for impromptu weeknight dinners and before going out on the weekends. We cooked elaborate feasts in the galley kitchen and held whimsical parties; parties where we only served cheap champagne, bourbon, and cupcakes; parties that in the summer meandered onto the fire escape and up to the roof of our building, technically off-limits but perfectly accessible. I began running, and that’s how I learned the zig-zagging streets of the West Village.

Still, I had the nagging sense that real life was happening elsewhere. I’ve always had serious wanderlust, and my life those first years in New York, which in retrospect seems pretty dreamy, felt sort of square and pedestrian to me at the time. My ex-boyfriend was working at an NGO in rural India; I had friends teaching English in Japan, ski-bumming around Colorado, and living in communes in the Bay Area. I had the typical complaints about the city: the bleak winters, the limited access to nature, and on top of it, everything was outrageously expensive. Sure, I’d always thought I’d end up in New York someday, but being here, working a regular nine-to-six job, at age 23—then 24, then 25—felt like a failure of either imagination or nerve.

Meanwhile, my editorial job had confirmed that what I really wanted to do was to write, so I had been taking evening fiction writing classes, and was now beginning to dream of getting an MFA. As I prepared to apply, I mostly picked programs that were anywhere warmer than New York. But at the last moment I hedged my bets, and applied to a couple of New York schools too.

I was accepted to two programs. The better of the two was in the desert, and offered me a teaching assistantship that covered the cost of tuition. The director called to congratulate me and said they would be thrilled if I joined them. I was overjoyed, and my friends and family were happy for me. Since it was clearly my best option, I accepted without even visiting.

The day after the April decision deadline, I received an email from the director of one of the New York programs. “Great news!” she said. A place had opened up and I was now admitted from the waitlist.

“The waitlist?” I responded. I had received a rejection letter from that program.

“Oh, oops, sorry,” the director said (or something like that). “That was an administrative error—you should have been waitlisted.”

My initial response was to be dismissive. Yes, the New York program was ranked more highly than the one I’d accepted. But they’d rejected me, while the desert school had courted me; they weren’t offering financial aid (though admittedly, the cost of in-state tuition was reasonable); and it would mean staying in dirty, gray old New York, the city I was eager to escape.

“I’d often felt that the loveliness of the neighborhood wasn’t really for me; I was squatting in a place that belonged to better-dressed, richer people, an interloper even in my one decent pair of jeans.”

By the next morning, however, my resolve had wavered. I scrolled through the impressive list of faculty at the New York school and thought, well, maybe I should at least visit both places.

I flew out west with high hopes. I rented a small pink stucco house for the weekend—the same sort of house I could afford to live in if I moved there, I calculated—went on a six-mile hike in 80-degree sunshine, photographed cacti, and tried to imagine myself in this new landscape. On Monday I attended a fiction workshop. Afterwards, everyone went out for beers in the early afternoon. The students seemed buoyant, not weighed down by sky-high rent or subway rats.

But it turned out that the professor I was most excited to work with would be on sabbatical for my first year. The students with the teaching assistantships I’d been so proud to land said they had little time to write—they were teaching three freshman composition courses each semester. And did they seem a little…young? Almost everyone I met had come straight from undergrad.

I flew home. Later that week, I attended an evening fiction workshop at the New York school. The conversation was adult, serious, and went nearly an hour past the official end time. The students seemed deeply engaged. They were friendly to me, but after class, everyone went their own way.

Am I really going to choose this? I wondered on my way home, as the subway screeched and rattled in protest. There was no one begging me to stay. There were plenty of others on the waitlist eager to fill the spot. If I left the city, it wouldn’t miss me.

Above ground, I was greeted by the familiar restaurants and liquor stores of Seventh Avenue, still open although it was after 11 pm. I’d often felt that the loveliness of the neighborhood wasn’t really for me; I was squatting in a place that belonged to better-dressed, richer people, an interloper even in my one decent pair of jeans. But that night the streets smelled like spring and rain, and I didn’t feel like an outsider at all. So what if I never bought flowers at the high-end florist? The gorgeous window displays were mine for free every time I walked by.

I stopped for pizza at Two Boots before turning onto Greenwich Avenue. The pizza, I thought, stricken, as I ate my first molten bite. New York was a city of perfect pizza. Every time I bought a slice I burned my mouth, but nothing could make me wait longer for it to cool. I passed Gottino, the wine bar that opened around the time my roommate and I moved in. I recognized a man walking his dog and we exchanged smiles.

Jane was still up, drinking tea. She asked how it was.

She beamed at me. “We’re moving to Brooklyn!”

The next morning it was chilly and drizzling. I eyed the rats on the train tracks. I still wanted to believe that leaving New York was the right decision, but I didn’t. The students the night before had felt like my people, just the way the darkly clad commuters on the subway did. I didn’t get to live in a pastel house and befriend cacti. I was a writer who lived in New York.

The night I accepted the New York program, and guiltily told the school out west that I wouldn’t be coming after all, I went out with Jane and Amanda. We had one of those dinners so common in our twenties—a few shared appetizers at a restaurant we were dying to try but could barely afford, many glasses of white wine.

We ended up at a friend of a friend’s party in Greenpoint and then on the roof. We drank something sweet and treacherous from plastic cups. The Manhattan skyline was visible across the river, and everyone I met that night—an installation artist from South Africa, a red-headed Texan wearing dad jeans, an Indian-American photographer who snapped shots of us in silly poses—was infected with the giddy energy of spring. It felt like the city was truly the center of the world, and it belonged to us; like the lives of my friends and me, and everyone we met, were destined to be important. We were fearless, powerful, and irrepressible.

I was 26 years old, and I lived in New York. Maybe I’d already lived there for three years, and maybe it was just a short train ride from where I grew up, but for the first time, it was the home I had wholeheartedly chosen. What could be better than that?

Joanna Cantor is the author of the novel Alternative Remedies for Loss. She holds an MFA from Brooklyn College and a BA from Colorado College, and is a recipient of the Vermont Studio Center Fellowship. She lives in Brooklyn.

Terrance Hayes on Shakespeare, Ol' Dirty Bastard and What Makes a Good MFA 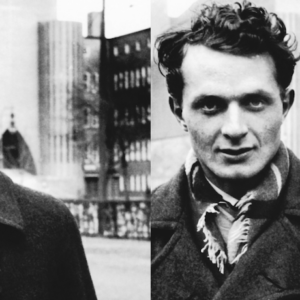 How an unexpected Christmas gift gave Harper Lee the time to write To Kill a Mockingbird. | Lit Hub From Tom Wolfe...
© LitHub
Back to top