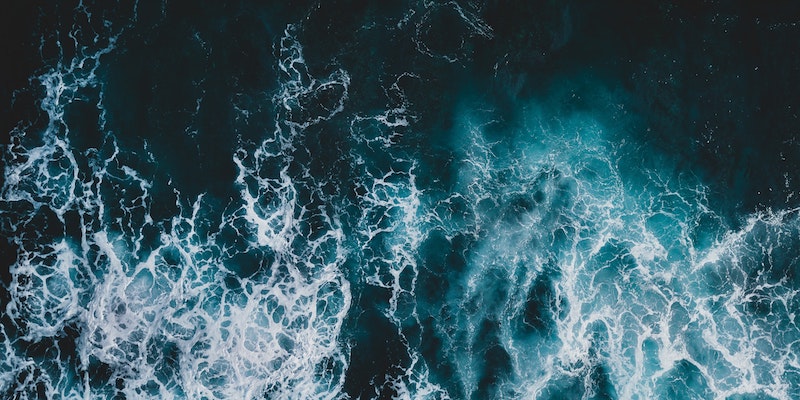 This week Sujit Sivasundaram, Professor of World History at the University of Cambridge, was announced as the 2021 winner of the £25,000 British Academy Book Prize for Global Cultural Understanding for his outstanding book: Waves Across the South: A New History of Revolution and Empire.

The annual international prize was established in 2013 to reward and celebrate the best works of non-fiction that demonstrate rigor and originality, have contributed to public understanding of world cultures and illuminate the interconnections and divisions that shape cultural identity worldwide. It is awarded by the British Academy, the UK’s national academy for the humanities and social sciences.

There is a quarter of this planet which is often forgotten in the histories that are told in the West. This quarter is an oceanic one, pulsating with winds and waves, tides and coastlines, and islands and beaches. The Indian and Pacific Oceans—taken as a collection of smaller seas, gulfs and bays—constitute that forgotten quarter, brought together here for perhaps the first time in a sustained work of history. These watery spaces of the south, studded with small strips of land, facing gigantic landmasses, occupy center stage in what follows. They are cast as the makers of world history and the modern condition.

The decades straddling the late 18th and early 19th centuries, which historians call the “age of revolutions,” traditionally encompass an Atlantic triangle of grand events. This triangle of events includes the American Revolution, the French Revolution and revolts in the Caribbean, such as the Haitian Revolution, and then independence movements in Latin America in the early 19th century.

Many things changed dramatically in the midst of these revolutions and the wars that accompanied them. Among what was made anew are the organization of politics, the conception of equality and rights; the mechanics of governance and empire; the status of labor and enslaved people; the workings of technology, industry and science; and characterizations of nation and self as well as public consciousness.

When the age of revolutions is reconceptualized from the oceanic south, an uncertain and violent tussle appears

By looking to the forgotten quarter of the Indian and Pacific Oceans, the intent is to turn the story of the dawn of our times inside out. It is to insist on the critical significance of the peoples and places in this oceanic tract in shaping the age of revolutions and so our present; and, accordingly, the need to meditate on this part of the world in considering the human future.

The age of revolutions is one of the most long-lasting labels of historical writing. It was used in the period and has carried on being used to describe the set of decades at the end of the 18th and the start of the 19th centuries. To look at this historical period again with a focus on the Indian and Pacific Oceans challenges the dominance of the West and Europe in the history we remember. This is especially important when what is at stake in descriptions of an age of revolutions is the lineage of our very rights and selfhood, and the memory of the contests and standoffs that gave rise to the world we inhabit.

Approaching the past like this displaces the pernicious assumption that the soul of the world was crafted in the West and then travelled east; it rejects the notion that political subjectivity was forged in the Atlantic and that people elsewhere followed in the same tracks. The objectionable sentiment was phrased like this by one important early historian of the age of revolutions, R. R. Palmer: “[a]ll revolutions since 1800, in Europe, Latin America, Asia and Africa, have learned from the 18th century Revolution of Western Civilization.” The history that follows refuses to cast Western and Atlantic Civilization in the late 18th and early 19th centuries as the font of revolutionary sentiment. Nor was the West or the Atlantic the single origin of the modes of economic, technological, military and cultural expression that accompanied revolution.

When the age of revolutions is reconceptualized from the oceanic south, an uncertain and violent tussle appears. Within the Indian and Pacific Oceans there was a contest between revolution and an imperial system which perverted the course of revolution and constituted a counterrevolution. Neither one of the forces of revolution and empire wiped the other out, but the balance shifted as the British empire in particular became the chief victor over these seas by the middle of the 19th century. While there were certainly other ideological, cultural and political impulses which drove the 19th century British empire, one intent of this work is to track its origins as a counter-revolution. The manner in which this empire suppressed the many possibilities of this time points to sinister imperial manoeuvring in the global South.

In these two oceans, the age of revolutions should be seen first and foremost as a surge of indigenous and non-European politics which met the invaders and colonists who washed ashore. In the late 18th and early 19th centuries, the inhabitants of the Indian and Pacific Oceans adopted and at times forcibly took from outsiders new objects, ideas, information and forms of organization, all of which were used for their own purposes. One might think here of notions of monarchy, weapons, political association, science and medicine, and debate in the press.

Political tussles over water were poised such that relatively new forces could find their own way, acting as independent states or reacting to a colonial definition of what could count as a state

Oceanic peoples also recalibrated existent traditions and beliefs, modes of governance and war and relations with neighbors, in order to meet these new times. Here one might bring to mind Islamic or Buddhist reform or the changes in established long-distance relations for migration and trade. All this constituted the Indian and Pacific Oceans’ age of revolutions.

As a term of description, “indigenous” has to be defined expansively in these seas. For oceanic peoples were often on the move and may be better described as diasporas than indigenous populations; they had complex cultural heritages. Settlers and indigenous peoples could also at times borrow from each other, making it difficult to draw a clear distinction between who and what was indigenous and who and what fell outside the category.

A sequence of voices across the sea embody an energetic indigenousness: Pacific Islander, Māori, Aboriginal Australian, Arab, Qasimi, Omani, Parsi, Javanese, Burmese, Chinese, Indian, Sinhalese, Tamil, Malay, Mauritian, Malagasy and Khoisan perspectives come into view below. These and other peoples took passage as sailors, partners, fighters, laborers and travellers in these decades of unprecedented globalization. Indeed, the most enjoyable part of researching this book was discovering links across the water through regions and territories that have not been cast together.

In addition to a surge of indigenous and non-European politics, the age of revolutions in these oceans saw a reconfiguration of political organization. Empires, political units, kingdoms and chieftaincies were realigned or reorganized from Oman to Tonga and from Mauritius to Sri Lanka. Political tussles over water were poised such that relatively new forces could find their own way, acting as independent states or reacting to a colonial definition of what could count as a state.

Venerable Eurasian empires, Ottoman, Mughal and Qing, were transformed at their maritime frontiers. New political formations, including monarchies inaugurated in the Pacific, could also cohere through the adoption of the maritime and military techniques of warring Europeans. Refugees of the Napoleonic wars could serve as advisers, for instance in Burma (Myanmar) to the kingdom of Ava as it fought Britain, or in Tasmania to a heavily militarized British colonial state. Oceanic peoples, including Asian sailors called lascars at the time, could establish a political pathway within the British empire’s need for allies and collaborators without finding full meaning within empire. Those who took passage on European ships, or who worked on grand projects as laborers and technicians, could use this moment of opportunity to contemplate their selfhood and futures in radically new ways.

The British empire sought to neutralize or adopt the ideas, people, structures and modes of organization which arose from the age of revolutions. It moved from sea to land and saw itself as an empire for liberty in sites as different as Singapore and Mauritius. In addition to seeing itself as spreading liberty, there were many ways in which the British empire acted in reactionary fashion in the age of revolutions. There was a lineage of wars over water across the first half of the 19th century, all of which employed the period’s characteristic “total war,” including looting and wide-scale bloodshed.

In the Bay of Bengal, for instance, these wars drew military men and techniques from the revolutionary and Napoleonic wars linking them to the global warfare of this moment. Britain’s invasive missions to the Gulf in 1809–10 and 1819–20 stood against a brand of Islamic reform which was compared with revolutionary sentiment elsewhere. The British fear of republicanism motivated invasions in Java and Mauritius in 1810–11. In all of these cases, British colonial and maritime war in these years was forged out of the age of revolutions in relation to tactics, ideology, motivation and forms of comparison.

Another way in which empire was made anew in the age of revolutions was through new classifications of peoples and kinds. Scientific and natural historical classifications were linked with the surveillance regime of the expanding colonial state. The relation between science and colonialism can seem paradoxical; for new sciences were seen in the period as the harbingers of an age of reason. The way people engaged with water, from how they fished, to how they communed with sea creatures, to how they navigated the sea, or the artefacts they used or descriptions of their allegedly nomadic existences, easily led into colonial classifications of race and gender. The possibility of intensive comparison around neighboring islands and settlements, which imperial writers cast as self-contained sites despite long histories of migration, meant that these oceanic basins became ideal for working through ideas of difference and for policies of segregation.

The consolidation of Britishness and whiteness in the new port cities from Port Louis to Sydney, which symbolized the forward march of this maritime Britannia, depended on sea-facing mariners, alleged pirates and private traders transforming themselves into respectable shore residents with families in situ and under Christian marriage. These colonists moved from itinerant sea-trades to settled interests in land and pasture.

The moral duties of white maleness could overtake other ways of organizing race and gender near the sea. Sporadic colonization across the sea, for instance through escaped convicts, missionaries or private traders and slavers was made more “systematic” for instance in New Zealand. The veto power of the slogan of “free trade” was useful here. Maritime patriotism also became part and parcel of this transformation and its forward charge came partly from such enterprises as anti-slavery and anti-piracy and their legacy in more extensive land-based colonial enterprises. Such patriotism is often missed in existing retellings of this era which focus on large continental hinterlands and which point to “agrarian patriotism,” the glorification of land and agriculture, as an ideology which supercharged the British advance in the east. 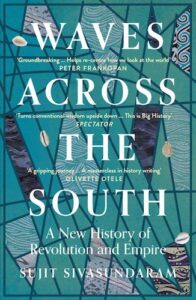 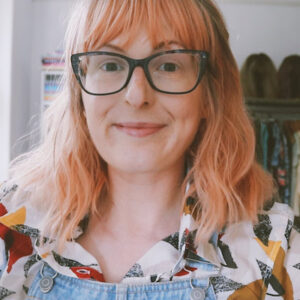 In this week’s episode, Kendra Kendra talks with Jen Campbell about her book, The Sister Who Ate Her Brothers, which is out from...
© LitHub
Back to top
Loading Comments...