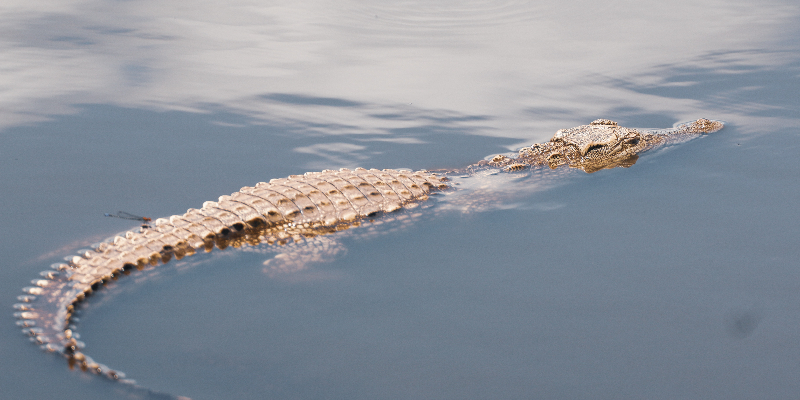 On this episode, Jennie and Marcy talk about Carl Hiaasen’s 2003 Newbery Honor book Hoot, fleeing from alligators, and the inherent strangeness of a Florida childhood.

Jennie Law: And then there’s the alligators.

Marcy Cornell: Oh my god, and the porta potties. He put alligators in the porta potties at the building site. I know that a lot of this sounds crazy, but I was reading an interview that Carl Hiaasen gave, and he said that he had to check the statute of limitations before he went into specifics but that he yanked a lot of these incidents from his own childhood. And I totally believe it, because when we were kids—

Jennie: Well, when you’re a kid and you have access to alligators, what can’t you do?

Marcy: You can catch whatever you try to catch.

Jennie: What do you mean you catch one? You catch one and you lose your arms and your body, right?

Marcy: If you can get your hands around its mouth, like around the snout of it, the vertical force they can exert is not that much. They can bite a thing, but they have trouble opening their mouths against—

Jennie: You caught one?

Jennie: Okay, you need to talk a little bit about that.

Marcy: So, in my neighborhood when we were little, there was this retention pond, which in retrospect is not the best place for kids to play. But you could take a fishing pole and put any piece of anything on it and throw it in there and catch an alligator. What I mean by you can catch them as big as you want is whatever you aim for, you will probably get. And if it’s too big, you cut the line and run.

Jennie: Can you outrun it, though?

Jennie: What do you mean you zigzag?

Marcy: They can only run in a straight line. They have to stop and turn.

Jennie: Have you seen them do this?

Marcy: Oh, yeah. I cannot tell you how many close calls with alligators I have had. They can also jump, which is horrifying.

Jennie: How are they doing that?

Marcy: I don’t know, but I remember one time I was on a hike with some friends on a boardwalk that was raised above the ground. It was probably a good four feet above the ground, and then there was a railing above that. I was just leaning on the railing, and I had a big elephant ear leaf in my hand and I was just sort of waving it back and forth, just because. And this alligator walked up and was walking really slowly toward me, like the way a cat would, and then all of a sudden at the last minute just leaped—and I swear, he almost got me. And he had to have jumped at least six feet.

Marcy: All I’m saying is that it would be very, very feasible to put alligators in a porta potty.

Carl Hiaasen was born and raised in Florida. He writes a column for the Miami Herald and is the author of many bestselling novels including Bad Monkey, Razor Girl, and Squeeze Me. His books for younger readers include the Newbery Honor winner Hoot, as well as Flush, Scat, Squirm, and Chomp. Skink—No Surrender was Hiaasen’s first book for teens and features one of his most iconic characters, the reclusive ex-governor of Florida now known as Skink.

"Self-Portrait with Madonna on Pravda Avenue" 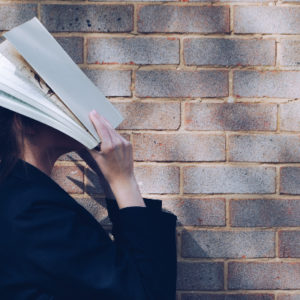 Today, as the election looms in America and tensions run high, Julia, Rider, and Tod talk about what they're reading that...
© LitHub
Back to top