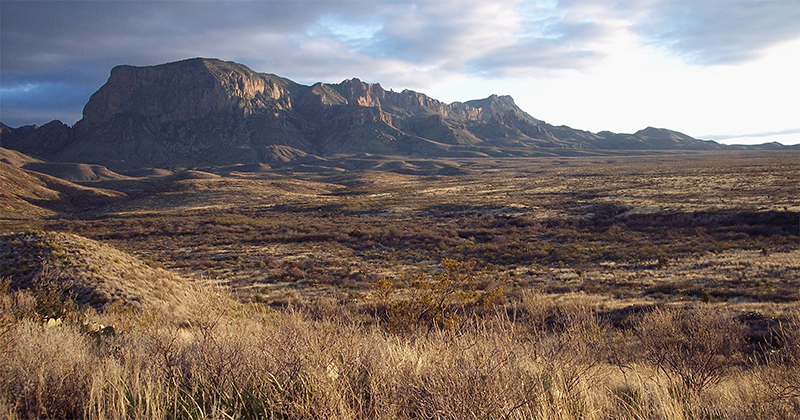 "A Poem’s Virtue is in its Lament Against Powerlessness"

Michael and I are away from our home in the desert, traveling to Yosemite. It still amazes us how one morning in airports can shift what’s in o­ur windows from sand and sagebrush to this asphalted moving road, its flashes of pine and fir, the lines of white and yellow. In Oakhurst, we’re driving fast, laughing and singing when a herd of deer gallop wildly, softly across the road before the truck in front of us hits one. We pull over, rush to his slumped body.

The act of his breathing ripples his fur, his eye large and wet, his horns just nubs. Each breath is too slow, too measurable. There is only a small patch of blood under his left shoulder, but he is dying.

Afraid of his kick, I only touch him after, say sorry as I stroke him. In the smallest space in which death cleaves from life, the sound of any word stings.

In his poem “Autism Screening Questionnaire – Speech and Language Delay,” Oliver de la Paz writes, watching a son speak: “a want. We make symbols of his noise [ . . . ] we can watch him tremble / for an hour, plucking his meaning from a handful of utterances / and then ascend into the terrible partition of speech.”

As de la Paz’s poem closes with a period, light throws on the rooftops outside my window, tinging each building. This light creates discernment between mountain and sky where an hour ago all in the dark were just huddled masses, light dividing one thing from another: El Paso from Juárez, the United States from México.

What with each second of daylight becomes visible is that partition of “border,” which is an idea, imagined by nations and turned into a word, defended by walls and guns. So the kinds of rooftops follow that word, change color and material, and so do the lives of the people shifting awake underneath.

A word, an utterance, can be a violent thing.

A naming from which we imagine brutal separation. For which a 13-year-old son, in trying to reach his father in Florida, might have to carry his collapsed mother’s body from México across this same desert I’m watching, in the parts of this land that are only cactus and sand, where one can’t discern one country from another. The idea of “country” and “territory” aren’t materially immediate in such a physical space: there is only the sun, which hardens with each passing minute, and the nopales holding water so precious, they must grow thorns of defense. Still, those words hold both threat and promise—for which we can watch this young man tremble.

How terrible the exactness of words, sorry, water, mother, a gruesomeness I became complicit in when I wrote his story, his mother dying, in a poem that has become the title of my book of poems, For Want of Water. This young man, Julio, is a crystallized figure, although his is one of many stories of what is at stake when we fragment our world into definitions. Such danger heightens when that definition moves from idea to ideology, to policy. We live in a time when one’s access to work and education changes with an administration, when earthquakes shake coastal and central México, when in Houston flood waters tainted with hepatitis stain walls—magnifying socioeconomic cleavages, and men march the streets with signs saying, Blood and Soil!, wind rippling the shirts on their backs. When that space between life and death, and who has access to the former, and who will impinge upon a hated other the latter, partitions us.

So as a public, we understand more than ever how crucial the sharpness of words and what they exact. So poets, whose medium is half in language, half in silence, must more urgently than before understand how an utterance plunges into and against that which is unspeakable—it hurts so much to say (in fact it is impossible ever to fully say)—but it must be spoken.

When we speak, we ascend into the terrible partitions of speech.

That speech in and of itself divides space—and silence—is central to poetic form. Mark Strand writes, in “Keeping Things Whole”:

Wherever I am
I am what is missing.

When I walk
I part the air
and always
the air moves in
to fill the spaces
where my body’s been.

In plain words, Strand asks us to notice what may have been before invisible: how our bodies, stirring, divide the wholeness of space. And when de la Paz seats us on the couch with parents, aching watchful parents sighting their son quake from his body into the sounds of language, the poet asks us to know silence as having been previously unbroken too, which we slice with words.

A poem reaches out to what can subsume it. When we read a poem, we read more than its words; we read those words in relation to the page, its whitespace.

In Patricia Smith’s poem, “Sagas of the Accidental Saint,” a mother, arching over the crumpled body of her 12-year-old son, Tae Tae, (the police having felled him), says:

and in that pause between get and up is the space between a son’s death and his mother knowing it. Monica Youn’s dramatic monologue “Lamentation of the Hanged Man” reads: “How I would love // to flatten myself / against the ground,” and we are crushed by how this man will perpetually dangle, his lynching having stripped him of all he would love. Natalie Scenters-Zapico, in “A Mass Grave Washed,” writes the sentences “I am frightened of bodies dried to bone” and “These were once people, but I can’t imagine them.” She stacks those words into lines that are pushed back upon by the space they run into, so we are forced to read:

to bone. These once were people,

So much of the raised, lettered power of poetry is in first accepting “powerlessness,” in the whitespace surrounding and separating the poem. It was the singular silence that was there before the poem parted it, and will remain there after. It is the hesitation that follows and breaks each poetic utterance, is what can never be said aloud, silence swollen there.

And what we break with words will seek a return to its own wholeness, as air refills where a body’s been, and sand spills back into any hole made inside it.

The land here, what we’ve learned to call “border,” what we say is the edge of one space rubbing against the edge of another, is in fact whole too. The Chihuahuan desert spans from what we call Arizona and Texas down through what we recognize as Zacatecas—the pointillism of creosote shrubs shading, as in a portrait, its terrain.

The real boundary, where land breaks against the edge of other land, is south of México, in the fault line off the coast: where the North American tectonic plate quivers painfully against the Cocos plate.

And against that powerlessness of what is unsayable, is the poem’s small power to record, yawp, and grieve.

Because the deer did not understand a strip of asphalt running through his wilderness as border, he crossed it.

The poet says: a want. We make symbols of his noise . . . // When the air is true and simple, we can watch him tremble / for an hour, plucking his meaning from a handful of utterances / and then ascend into the terrible partition of speech.

Highways crack, buildings crumple, and the quiet act of a breath raises and descends a ribcage.

Against the page on which a poem shivers lies the paradox of what is both violent and salvific: though language parts the wholeness of a page, the utterance (for memory, for love) seeks to make whole again its subject and its speaker—who, broken by the world, can, for that smallest space, wail.

Sasha Pimentel is the author of For Want of Water: And Other Poems, selected by Gregory Pardlo as winner of the 2016 National Poetry Series and Insides She Swallowed, winner of the 2011 American Book Award. Born in Manila and raised in the United States and Saudi Arabia, she is an Associate Professor in the bilingual MFA Program at the University of Texas at El Paso.

Halfway through episode five of Ken Burns and Lynn Novick’s ten-part The Vietnam War documentary, the smooth, sonorous-voiced...
© LitHub
Back to top