What If We Didn't Drink at Every Single Event?

Come to think of it, the holiday season is the same as the rest of the year in publishing as there are always events going on in New York City, always parties to attend, always book fairs to prepare for or festivals to organize. It’s part of what keeps the industry buzzing, and it’s part of the job to participate in some capacity. At each evening event, it’s a given that alcohol will be on offer. It will be served cheaply or, most often, freely. The non-alcoholic beverages will include sparkling water, sometimes also orange juice. The non-alcoholic beverages often come with a frown, a question (What’s with the water?  Are you ok? Are you pregnant?) or a personal statement from whoever is standing next to you (Yeah, I really shouldn’t be drinking either but, you know, it’s been a long week).

I started working in publishing straight after university, which means I was still growing up as I was starting my professional career. Early on and at previous jobs there were times when it felt like I was drinking more with my colleagues or bosses than with my friends. It seemed crucial for the career I was told I could have and the lines sometimes got blurred because I thought these people were also my friends. Time and experience (some of which included awkward and even terrible incidents) helped me see the difference. But the drinking in publishing has remained.

Last year I received an invite to a publishing party at the Frankfurt Book Fair which promised me tequila cocktails “in all its shapes and forms.” The invite listed other alcoholic beverages on offer and reassured me there would be “late night bites for tequila worshippers.” The invite encouraged me to “be there and unleash hell in [their] group therapy extravaganza session” as if it wasn’t clear they wanted me to drink and drink heavily at their party. The invite didn’t mention any of the publisher’s authors or the books they publish, nothing about celebrating some achievement as a reason for the event.

The Bookseller recently published the results of a survey on sexual harassment in the trade industry and among the many disturbing findings, they also wrote that “well over half of respondents (59 percent) said that the social aspect of the industry often puts employees in vulnerable situations, and many respondents suggested a check on the industry’s drinking culture and steps to protect more junior members of staff at such events.”

Are we having fun yet, or is it time for us to look at what’s going on with the industry’s drinking culture?

It’s been almost ten years since I started in publishing, and the drinking culture feels as prevalent as it did when I first started. This has bothered me for quite some time, and while it’s not been difficult for me to turn down a drink when I’ve not wanted one, it’s only recently that I don’t feel embarrassed by not drinking at all (people are sometimes too tipsy to notice anyway). Even if I don’t let the industry decide what’s best for me at social work events, it’s not with ease that I write this. It is not my wish to criticize any single person in publishing. Having a drink or not having a drink at a social work event is a deeply personal decision. It plays in with how we want to participate in our surroundings as social creatures. For me, it’s not the alcohol that’s the issue or what concerns me, it’s the kind of high-school mentality that has endured long past the high-school years, that feeling that you should or have to drink in order to fit in. It’s the gross quantity over quality attitude. It’s the inexplicable steady to sometimes pushy pressure from my surroundings. And with it all comes the strange feeling of not being able to change things for the better.

I used to catch up with a writer friend of mine at an over-the-top hipster juice bar. We would go there because she liked their elderflower juice and she got me liking it too, but each time we went, we told each other we would never go back. It was always too noisy, too bubble-gum health oriented, the service from the male juice-bros too slow and obnoxious, and the juice stupidly overpriced. But each time we went, I’d get sucked into one of their looping promo videos, showing some after-work juice party with a group of traditionally handsome model-like guys making juice in a ridiculous, acrobatic way. They do the wildest things with liquids, jugs, straws and cups to entertain a crowd of shrieking young girls. Everyone looks to be having the time of their lives and I just wonder What the hell is wrong with people. I mean, how excited can you possibly be about JUICE? At the same time, though, as I’m watching the video I’m not getting worried about the girls, don’t feel compelled to silently admonish them: Oh you better watch what you’re drinking or it’s going to get sloppy and dangerous. I don’t automatically think that the smooth-faced juicers will turn into touchy-feely creeps after their shots of wheatgrass. Sure, who knows what happens at crazy juicing after-parties, but I guess what I’m wondering is: what if we incorporated a little nonsense juice-bonanza into our social events? What if we performed delicate tea ceremonies or got really wild and crazy about latte art? Or ended a reading with a meditation rather than an open bar? (Hey, art museums are doing it.)

The novelty might wear off as quickly as you can finish a plastic cup of wine, but what if that made it easier for us to decide what and when we want to drink, and how much of it, instead of the industry? Wouldn’t that be better for everyone?

Szilvia Molnar’s short stories have been published in Triangle House Review, Two Serious Ladies, The Buenos Aires Review, and Neue Rundschau among others. She published a chapbook called Soft Split with Future Tense Books in 2016. @szilmolnar 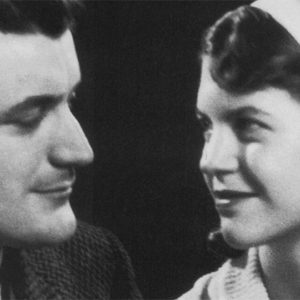 “To discuss the effectiveness of a program of cultural exchange in developing good international relations is to raise...
© LitHub
Back to top