Kim Ghattas Talks to Andrew Keen on Keen On

On today’s episode, Andrew talks with Kim Ghattas about her new book, Black Wave: Saudi Arabia, Iran, and the Forty-Year Rivalry That Unraveled Culture, Religion, and Collective Memory in the Middle East.

Andrew Keen: Very briefly, Kim, because I know this is a complicated story, what went wrong in Iran? The revolution had so much promise, didn’t it, in 1979? You call it the Cassette Revolution. It shows the importance historically of technology, whether it’s cassettes or YouTube or MySpace or Facebook. What went wrong in Iran, and is it a completely failed revolution?

Kim Ghattas: It was successful for those who rose on top—for Ayatollah Khomeini and for his acolytes, for those who wanted religion to play a bigger role. They were successful. Those who were not successful were the more perhaps naive, idealistic leftists, nationalists, and Islamist modernists who believe that Iran should build its society, economy, and future on more Islamic values and not just copy the Western model, the Western template, which is what the Shah was doing with his White Revolution, which is what people rose up against. Why did it fail, or why did it end up how it ended up? It’s because people like Ayatollah Khomeini were ruthless, as were his acolytes. They were willing to use violence and force to eliminate those who did not espouse their worldview. And that’s how the old revolutions eat their children, in the famous sentence.

Andrew Keen: Most of our audience will be familiar with the Iranian Revolution of 1979. Will people be less familiar with what happened in Saudi, the mosque siege? I’m quoting a BBC headline; one of your colleagues may have written it: “the mosque siege that changed the course of Saudi history.” Why in your narrative is this mosque siege in Mecca in 1979 so critical for the whole region?

Kim Ghattas: Because it happened in 1979, the same year as the Iranian Revolution, where the Saudi royals saw what could happen to a monarch, the Shah in Iran, if the clerical establishment did not get what it wanted, did not get more religion infused in political life, and rose up and brought the masses with it to bring down the monarch.

Now, the difference between Iran and Saudi Arabia is, of course, Iran has a much longer history, much more advanced, much more culture, art, music. It was very westernized in some parts, still very rural in others. But it had this rapid modernization that was very difficult to handle for some parts of the country and some parts of society. Saudi Arabia is a much more conservative country, where religion ruled already, and you had parts of society that were more forward looking, that were more progressive in some provinces like the the Hejaz province, home to Mecca and Medina, actually, but on the Red Sea and so gateways to the two holy cities with pilgrims coming through. There was much more cosmopolitanism there already. But the interior desert was deeply conservative, where what ruled was what is commonly known—a bit pejoratively, but we can use the term—Wahhabism. Ultra-Orthodox, literalist, puritanical, and deeply rejectionist of any other understanding of Islam.

Kim Ghattas is an Emmy-award winning journalist and writer who covered the Middle East for twenty years for the BBC and the Financial Times. She has also reported on the U.S State Department and American politics, and is the author of The Secretary: A Journey with Hillary Clinton from Beirut to the Heart of American Power. She has been published in The Atlantic, the Washington Post, and Foreign Policy and is currently a non-resident scholar at the Carnegie Endowment for International Peace in Washington. Born and raised in Lebanon, she now lives between Beirut and Washington D.C.

This episode is brought to you by WW Norton, publisher of Ten Lessons for a Post-Pandemic World by Rafia Zakaria, available wherever books are sold. 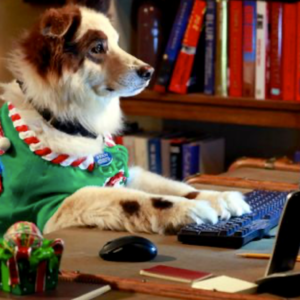 Venerations Monday, December 21st, 6:00pm EST On the evening of the winter solstice, join poet and spiritualist, Cherise...
© LitHub
Back to top