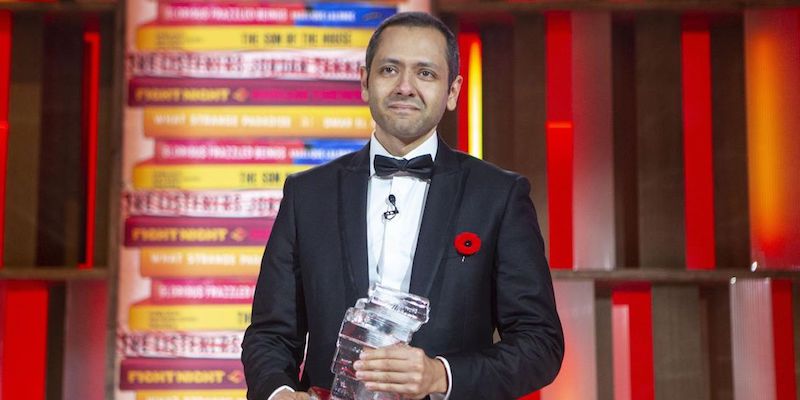 Last night, Omar El Akkad was announced as the winner of the prestigious Scotiabank Giller Prize, for his novel What Strange Paradise. The prize, established in 1994, seeks to celebrate excellence in Canadian fiction, and offers C$100,000 to the winning author—the largest award in sum for writers in the country.

Published by McClelland & Stewart in Canada and Knopf in the US, El-Akkad’s novel follows a nine-year-old Syrian refugee and his friendship with a teenage who finds him washed up near her island home. The jury praised the novel for “rais[ing] questions of indifference and powerlessness and, ultimately, offer[ing] clues as to how we might reach out empathetically in a divided world.”

“I didn’t think I had a chance in hell at this,” said El Akkad during his acceptance speech. “So I’m making this speech up as I go along.” He thanked his parents, wife, and children for their support as he took on the role of a “boy author.” El Akkad was born in Egypt and moved to Canada as a 16-year-old. He currently lives in Portand, Oregon.

A massive and well-deserved congratulations!