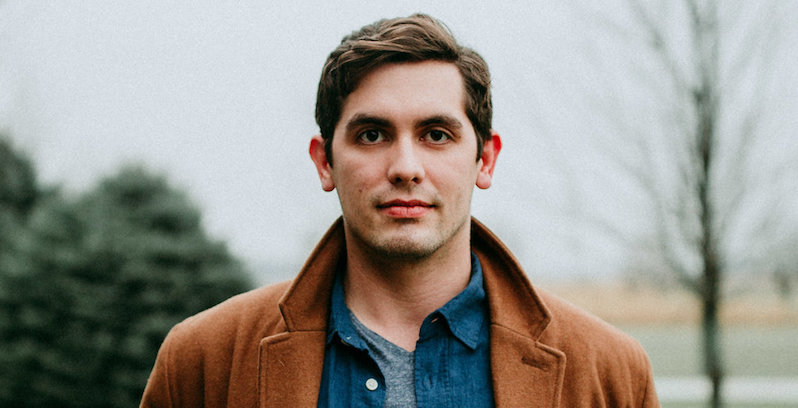 T. J. Martinson’s love of academia and literature came from watching his father teach in the communications department at Olivet Nazarene University in Bourbonnais, Illinois; like everyone else in his family, he went to college there. This spring, when ONU hired him to teach in the English department as he worked to complete his Ph.D. program at Indiana University-Bloomington, he seemed close to achieving a rare feat of post-Ph.D. job security and fulfilling a near-lifelong dream.

But in late June, ONU fired him before he even started, setting off a nerve on social media among writers and academics. The reason? His novel The Reign of the Kingfisher uses curse words; it also features a lesbian, a sex worker, and a character who “decides to hope instead of pray” at one point. (Martinson has described one of the characters who curses as “an embittered journalist,” which sure adds up to me.)

His firing, and the conversations it has provoked, reflect a generational tension within some faith-based communities, Martinson told Lit Hub. “There is, I think, a growing fear right now,” he said. “You have millennials coming up in evangelical circles and they have different values … I think there’s a fear that if they move a muscle, this is all going to fall apart. And I think that my book, maybe it represented that to [ONU].” The university did not respond to a request for comment.

Flatiron Books published the novel more than a month before ONU offered Martinson the job, and he told Lit Hub that members of the English department seemed “very excited” and enthusiastic about the book. But recently, Vice President Dr. Carol Summers told him that a “constituent” had complained about the book, and while ONU would pay him the year’s salary, he would not be allowed to teach there.

“When I applied for the job at Olivet, I made clear to them that I consider myself an ally of the LGBTQ+ community and this is an unwavering commitment that runs contrary to Nazarene doctrine,” Martinson wrote in a Facebook post that has been shared hundreds of times. “Although the administration tolerated this belief at first, it seems that reflecting this commitment by enacting diversity through my novel (which the administration, represented by Dr. Summers, did not read) was a step too far.”

Martinson said he doesn’t have any official documentation from ONU stating the reason for his firing, but he has requested it. As he looks for other jobs this fall, he said, he’d like to be able to show that documentation to potential employers. In the meantime, he’s received an outpouring of supportive messages from members of the English department along with current and former ONU students who have told him “heartbreaking” stories of feeling marginalized within the university for being queer.

Roxane Gay, who taught Martinson, tweeted that she was “so proud of him, how he is handling this, and whatever he does next.”

I am so proud of him, how he is handling this, and whatever he does next.

Among other bizarre aspects of this story, Martinson said, was the university’s use of the word “constituent” to describe the person who had complained about his book. “It just sort of speaks to the baldfaced political nature of this,” he said. “Shortly after the conversation, it became much more clear to me, that’s sort of coded language for someone with influence and power.”