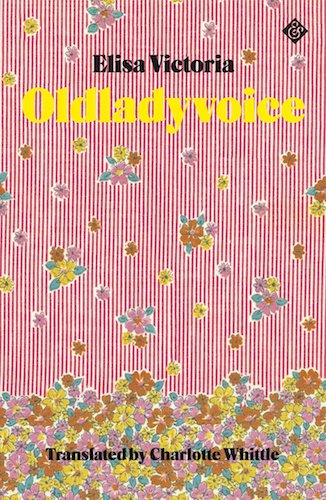 The following is excerpted Elisa Whittle's new coming-of-age, Oldladyvoice. Published in Spanish in 2019, the novel was selected as Book of the Week by El País. She has also published two short story collections. Whittle's translations include Norah Lange's People in the Room, which was longlisted for the American Literary Translators Association prize and shortlisted for both the Warwick Prize for Women in Translation and the Society of Authors' TA First Translation Prize.

I’m the only one in my class taking ethics instead of religion. I’ve been to four schools so far and it’s always been like this. At first, I didn’t know what ethics meant, and got it mixed up with equestrian. I thought they were going to teach me all about horses, and that the rest of my classmates were a bunch of gullible goody-goodies. In the end, I spent an hour a week talking to the teacher about crossing the street at a red or green light, good manners, and simple moral dilemmas. I didn’t mind being alone with her, though it made me feel even more like a misfit, a feeling that plagued me like some horrible goblin whispering into my ear. Mom teases me about the equestrian thing but also assures me I can do whatever I want. Believe in God, get baptized, take communion, even ride horses someday. But I already know that God, and want nothing to do with him. Since my second day of preschool, to be precise. On the first day, I was sitting alone in the sandbox in the courtyard, wishing someone would come over and play with me. I was comforted by the fact that I was wearing my favorite dress, the only one Grandma hadn’t made me, the only one that was bought for me in a store. The skirt and sleeves had blue and white stripes, and on the front there was an embroidered doll facing backward, wearing an embossed hat with a red satin bow I never got tired of stroking. All of a sudden this little girl ran over, yanked out the ribbon, and went o! without saying a word. I didn’t say anything either. Grandma noticed as soon as I got home.

“What happened to the little bow on the hat?”

I felt so ashamed I didn’t say anything.

“You already lost it? But you liked it so much!”

“Somebody yanked it o! at school.”

“And did you do something to her?”

“And did you tell your teacher?”

Grandma leaned in. She was going to tell me something serious. Her gappy, greenish teeth didn’t scare me at all.

“Don’t you worry, sweetie,” she said. “The Lord will punish that little girl.”

The soothing image of a sweet, chestnut-haired, bearded Jesus emerging from behind the clouds filled me with trust. I thought justice would soon be done, that by His design everything would take care of itself, as though seeing a person get punished could somehow help. I went back to school the next morning, as sure of victory as someone with an ace hidden up their sleeve. I spent all day staring at my vicious classmate. I watched that little girl do all the evil she wanted, day in, day out, without learning her lesson, and regretted not taking charge of the situation, being passive, not knowing how to change my approach. Humiliated and cheated, I gazed bitterly at the 1987 Jesus calendar that hung in our living room until the end of the year. There were more calendars a&er that one, but I never stopped being mad about it. And my opinion of Catholicism wasn’t helped by the fact that the nuns used to slap my mom on the hand with a wooden ruler, that they’d instilled an unhealthy amount of shame in her and made her feel responsible for all the wickedness in the world, not to mention that her family couldn’t afford to keep sending her to the nice school with the good little girls.

My family’s take on religion began to change last winter, when Mom broke it to me that this time things were serious and gave me a fancy children’s Bible. To butter me up, she took me to the store and let me choose the one with the prettiest Virgin Mary on the cover. Then she told me there’d be no more drawing until I’d learned the Lord’s Prayer by heart. It was all a trick. Six months later, I’m being interviewed at the same Catholic school she went to herself. It’s a worrying sequence of events, but I’ve always been obedient and adaptable. Besides, I like uniforms. I’ve already gotten used to the humiliation of still believing in the Three Kings, and even though the truth eats away at me I’m learning to cope with contradictions. It can’t be all that hard. Anyway, no one was better than Melchior. I’m not nearly as keen on Jesus, so it won’t be as much of a letdown. I know right from the start that it’s all a big, fat lie. Today will be my first job interview, in a way. I’ve got to make a good impression on the head of school because if I don’t get into the convent who knows what’ll become of me. Mom has been tactful but aboveboard from the beginning. She’s really sick. Sick enough to have to tell me about it. It’s no surprise, there’s almost always been something wrong, and even though I completely believe in her, and I’ve been afraid forever that one day she might suddenly vanish, I’ve got to get used to the idea that this time it might be different, this time she might get too sick to go on. I haven’t seen my dad in five years. Domingo may be my business partner but he’s really just a big kid. We signed a contract but there’s no way he’s ready to take care of a girl my age full-time. We need a backup plan. The idea is to send me to the nuns if things get ugly, but I’m not even baptized. It’s urgent. I’ve been told this in no uncertain terms. And Mother Rosario is making an exception for the sake of an old student who’s in a tight spot, even though she knows perfectly well that I ought to be getting ready for my first communion by now. The biggest drag about all of this is having to go to catechism.

I’ve seen the courtyard, the library, the dining hall, and the dormitories. A pupil my age, perhaps a sweet future companion in misfortune, shows me two Chabel dolls with their own yellow wardrobe, the one I asked Grandma for once, right before she dragged me out of the store for picking something so expensive. The little wardrobe has three doors, a shoe rack, a fold-out mirror, and a ton of clothes, all so pretty and kept spick and span. I tell the girl how much I like it and excitedly reel o! a list of toys of my own. Mom interrupts and hauls me out of the room. She’s gripping my arm and looks annoyed.

“Can’t you see they hardly have any toys here? Don’t go telling these girls how many you have at home and rubbing it in, OK?”

“I was telling her because if I come and live with her, maybe we can share.”

“Won’t I be able to bring my toys along?”

Mom puts her arm around me and leans down to kiss me on the head.

I hold the snot inside my nose and we continue the tour silently, hand in hand. I’m now up to speed on the situation. All that’s left is the ultimate monster, the Mother Superior. Her office is cramped and gloomy and I hope I don’t have to go back there, that’s for sure. She and Mom have talked a lot on the phone and now she wants to meet me. It’s just the two of us. She pulls up a couple of chairs and we sit face to face with her big desk to one side. I’m wearing a checked, calf-length skirt but I squeeze my knees together to show her I know how to sit up straight with my legs closed like a proper young lady. This is partly thanks to those ethics classes. The Mother Superior is stout and looks ancient inside the wimple framing her soft, pale face. She sizes me up through her little round spectacles and greets me with a Hail Mary.

“Conceived without sin,” I answer. I’ve been preparing for this moment for a long time.

“Very well, thank you, Mother,” I smile, thinking about the yellow doll’s wardrobe. Smiling is my forte.

“How are you doing at school?” “Excellent.”

“Do you get good grades?”

“What would you think of coming to school here?”

“But if you came here you might have to be a boarder. Have you seen the dormitories?”

“You have to pray every day here, you know.”

Her voice is faint, soft, measured. She knows how to spot a heretic, but I’m highly skilled at the art of winning over an enemy. I also got a pep talk before I came. If my lies are too exaggerated, she’ll see right through me. I need to be as sincere as I can within the bounds of the girlish discretion and virginal holiness that’s already part of my repertoire.

“I haven’t been to church much, Mother Rosario. I’m sure my mom told you. But I believe there’s a God and I’d like to learn more about him.”

She watches me carefully from on high. I’m nervous, even though I know I’m polite and well spoken and give an impression of credibility, at least at first.

“Do you know the Our Father?”

I recite it, word-perfect, shyly but sweetly, doing my best to be irresistible.

“Do you want to be baptized?”

“And to have your first communion?”

In Place of Splendour 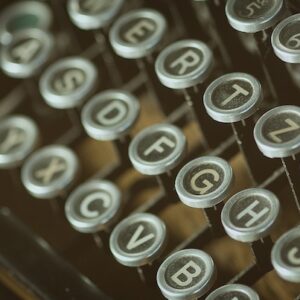 In Place of Splendour Herbert Matthews, the correspondent of the New York Times, was one of the most familiar figures in our office. Tall, lean,...
© LitHub
Back to top