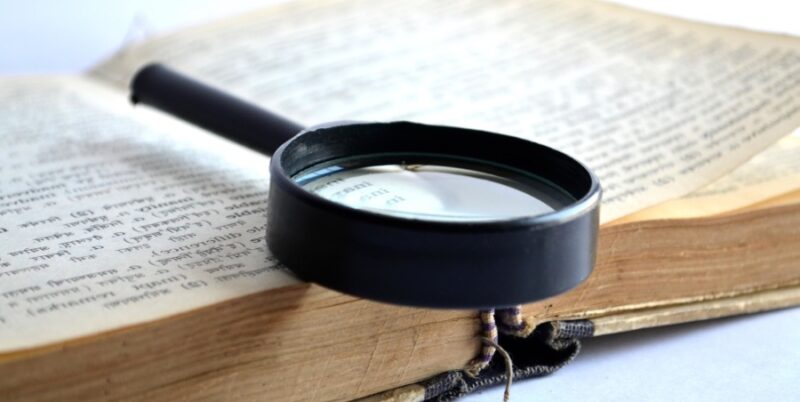 Oh, the Ironies: How Irony Got Its (Second) Meaning

Irony—the word as well as the thing—is everywhere these days. (Reports of its death post-9/11/2001 were an exaggeration.) Over the last twelve months, the New York Times used “irony” 420 times, “ironic” 248 times, and “ironically” 186 times. That is, a variant of the word appeared in the paper around 2.3 times a day, including the headline “A T-Shirt Shop for the Semi-Ironic ‘Twilight’ Fan” and the observation that “the Nazi dream car, the Volkswagen Beetle, [was] ironically adopted decades after the fall of the Third Reich as a symbol of stick-it-to-the-man counterculture.”

“Irony” is so much a part of the cultural climate that it’s easy to overlook that it has two distinct and seemingly unrelated sets of meanings, exemplified by the two quotes above. The reference to the semi-ironic fan is covered by this one (from the Oxford English Dictionary): “The expression of one’s meaning by using language that normally signifies the opposite, typically for humorous or emphatic effect… In later use also more generally: a manner, style, or attitude suggestive of the use of this kind of expression.”

And the OED defines the second, which describes VW’s becoming a counter-culture symbol (and which Alanis Morissette was pilloried for allegedly misusing in her 1996 song “Ironic”), as “A state of affairs or an event that seems deliberately contrary to what was or might be expected; an outcome cruelly, humorously, or strangely at odds with assumptions or expectations.”

The first meaning has been around for more than 2000 years. In Ancient Greek theater, the eirôn was one of three stock comic characters; he pretends to be less intelligent than he really is, his modesty of speech contrasting with the boasting of the braggart or alazon. In Plato’s dialogues, his mentor Socrates was depicted as an eirôn. Like an earlier-day Lt. Columbo, he went around asking questions marked—as Aristotle put it—by “understatement” and “self-deprecation.”

The Roman rhetoricians Quintilian and Cicero broadened the concept, the former declaring that that irony is “saying something different from what you think.” “Irony” entered the English language by 1502. Shakespeare never used the word, but many of his characters make good use of the device, including its crudest form, sarcasm. (“Brutus was an honorable man. So are they all, all honorable men” –Marc Antony.)

The way one’s hopes are not only foiled but overturned, sometimes cruelly but sometimes with a sense of the indifference of fate—it’s precisely the condition we have come to call “ironic.”

But it was the eighteenth century, with its coffeehouse jousting and internecine literary battles, when English irony came into its own. In 1729, Jonathan Swift published “A Modest Proposal,” which begins by highlighting a real problem: “It is a melancholy object to those, who walk through this great town, or travel in the country, when they see the streets, the roads, and cabbin-doors crowded with beggars of the female sex, followed by three, four, or six children, all in rags, and importuning every passenger for an alms.”

His “proposal”—as you will know, having been assigned the essay in high school and/or freshman English as an example of the use of sustained irony—is for the poor Irish people to sell their children, at the age of one, to people who will eat them. After all, Swift tells us, “I have been assured by a very knowing American of my acquaintance in London, that a young healthy child well nursed, is, at a year old, a most delicious nourishing and wholesome food, whether stewed, roasted, baked, or boiled; and I make no doubt that it will equally serve in a fricasee, or a ragoust.”

Swift was the master ironist of the age. Indeed, in the manner of a modern-day rapper, he boasted in rhyme about his ironic gifts: “[John] Arbuthnot is no more my Friend,/Who dares to Irony pretend;/Which I was born to introduce,/Refin’d it first, and shew’d its Use.”

The second meaning of irony is less than a couple of centuries old. And it was invented by one guy: an English bishop and classical scholar named Connop Thirlwell, which seems like a typo but isn’t. His 1833 essay “On the Irony of Sophocles” begins with a discussion of the traditional meanings of the term, then pivots to the notion of “practical irony.” He gives an example:

a friend may comply with the wishes of one who is dear to him, though he foresees that they will probably end in disappointment and vexation, either because he conceives that he has no right to decide for another, or because he thinks it probable that the disappointment itself will prove more salutary than the privation.

Practical irony is, like verbal irony, a manner of behavior. But then Thirlwell makes another pivot and links this to a sense of the world.

It must have occurred to most men … now and then to reflect how little the good and ill of their lot has corresponded with their hopes and fears. All who have lived long enough in the world must be able to remember objects coveted with impatient eagerness, and pursued with long and unremitting toil, which in possession have proved tasteless and worthless: hours embittered with anxiety and dread by the prospect of changes which brought with them the fulfilment of the most ardent wishes: events anticipated with trembling expectation which arrived, past, and left no sensible trace behind them: while things of which they scarcely heeded the existence, persons whom they met with indifference, exerted the most important influence on their character and fortunes.

The way one’s hopes are not only foiled but overturned, sometimes cruelly but sometimes with a sense of the indifference of fate—it’s precisely the condition we have come to call “ironic.”

Thirlwell’s final pivot is to the ostensible subject of the essay, Sophocles. How can a playwright, who doesn’t speak in his or her own words, but only through characters, be considered ironic? “The dramatic poet,” Thirlwell suggests, is a little like a god. He is “the creator of a little world, in which he rules with absolute sway, and may shape the destinies of the imaginary beings to whom he gives life and breath according to any plan to may choose… [He] will, if he understands his art, make his administration conform to the laws by which he conceives the course of life to be really governed.”

To Sophocles, the course of life is governed by the irony Thirlwell has just defined. It’s seen most vividly in Oedipus Rex. As the play begins, Oedipus, the king of Thebes, receives a report from an emissary he’d sent to the oracle at Delphi, trying to find out why the kingdom is being ravaged by a plague. The answer, he hears, is that since the murderer of the former king, Laius, has never been caught. Oedipus vows to find the killer. Ah, but the audience knows who well who the culprit is, as the myth of Oedipus was well known.

Fulfilling yet another Delphic prophecy, Oedipus himself had killed Laius (unaware of his identity) and married his mother, Jocasta (same); in the play she says this prophecy “never came true.” The ironies abound and multiply, including a confrontation with the blind prophet Tiresias, who tries to lead Oedipus to the truth, only to have the king mock him for his blindness. Again, the audience is well aware the Oedipus’s fate will be to gouge out his own eyes. And so, at the end of the play, having fully understand what he has done, he does.

No sooner has the film dropped from his eyes than he condemns himself to perpetual darkness, to the state which, but a short time before, have been the subject of his taunts on Tiresias.… And in this condition, most wretched, most helpless, he enters once more, to exhibit a perfect contrast to his appearance in the opening scene, and thus to reverse that irony, of which we have hitherto seen to but one side. While he saw the light of day, he had been ignorant, infatuated, incapable of distinguishing truth from falsehood, friend from foe. Now he clearly perceives all that concerns him.

Thirlwell doesn’t use the term (it started to crop up decades later) but there is probably no better example of what we call the “dramatic irony” of a scene in a play or film. The OED defines this as “the incongruity created when the (tragic) significance of a character’s speech or actions is revealed to the audience but unknown to the character concerned.”

A person who viewed the world as a place of Thirlwellian irony would tend to express himself or herself ironically. (See Hemingway.)

Thirlwell’s conception of irony as a characteristic of a scene, a situation, or the cosmos, and not only a manner of expression, was adopted by others in fairly short order. It seemed to make sense—a person who viewed the world as a place of Thirlwellian irony would tend to express himself or herself ironically. (See Hemingway.)

In her 1866 novel Felix Holt, Radical, George Eliot uses the word in this new way twice. Once, describing Esther Lyon’s interactions with a senile character, she writes that “the sad irony of such a lot impressed her the more because in her father she was accustomed to age accompanied with mental acumen and activity.” And on other occasion she writes, “Perhaps some of the most terrible irony of the human lot is this of a deep truth coming to be uttered by lips that have no right to it.”

To critic John Weiss, writing in 1873, it made perfect sense that we used the same word for verbal and situational irony: “Nature herself practised irony long before men had suffered from it enough to endow literature with its expressive form. She has always pretended to agree with our penchant for pleasant but noxious habits, and for a long time seems to be of our opinion that such ways of living are of a capital kind; but eventually she is fatigued because we misunderstand her, and exclaims by many a twinge, ‘You simpletons! I meant just the reverse.’”

A writer of the next generation, Thomas Hardy, went all in both kinds of irony. His epic drama The Dynasts has in its cast of characters “Spirit Ironic” and “Ironic Chorus.” At one point “Spirit of the Pities” contemplates the awful prospect “that some mean, monstrous ironist/ Had built this mistimed fabric of the Spheres/To watch the throbbings of its captive lives.” The first sentence of the last paragraph of Hardy’s novel Tess of the D’Urbervillesis: “’Justice’ was done, and the President of the Immortals (in Æschylean phrase) had ended his sport with Tess.” The inverted commas around the first word are Hardyan irony, and the rest of the sentence express his sense of the cosmic irony that informs the world.

For the last century, the double meaning of irony has been fully established, leading in no small part to a veritable proliferation in the use of the word.

Ben Yagoda has written many books, most notably Will Rogers: A Biography, and his latest, The B-Side: The Death of Tin Pan Alley and the Rebirth of the Great American Song, out now in paperback from Riverhead. He’s working on a book about irony.
http://benyagoda.com 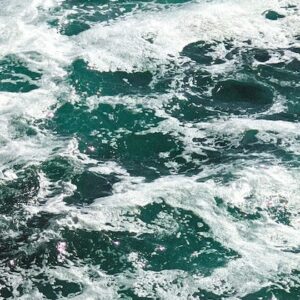 Notes on Beginning Again, Again For my first poetry teacher, Molly Brodak I never intended to become a poet. It’s just...
© LitHub
Back to top