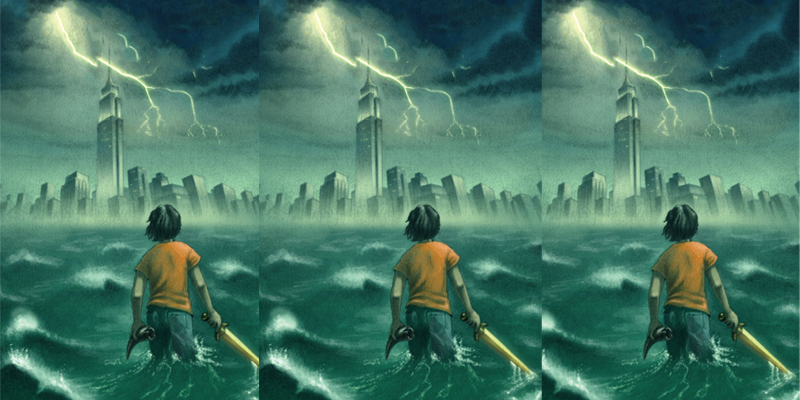 Oh my (demi)god: Percy Jackson is going to be a TV show.

Most of my friends were very disappointed when, on their eleventh birthdays, they received no letter from Hogwarts. Me? I was always more of a Lightning Thief kind of girl. (Don’t @ me!) To all my fellow Percy Jackson fans who were similarly upset that a Fury never attacked them on a school trip to the Metropolitan Museum of Art, thereby summoning their dormant demigod powers, I have good news. We get to live in this marvelous world a little longer.

Rick Riordan recently announced on Twitter that the series is being adapted for Disney Plus.

For those of you who aren’t familiar with the series, your quarantine just got a lot better. The Lightning Thief follows 12-year-old Percy Jackson. He’s just a normal kid, until the day a school trip chaperone transforms into a Fury and attacks him. He defeats the monster with the help of his Latin teacher, who as it turns out, is also from the world of the gods and has been sent to protect him. Because Percy Jackson is the son of Poseidon. And then he finds out that his best friend is actually a satyr, who was also sent to protect him. (I know, it’s a lot, but just roll with it. It’s like The Truman Show, but with Greek gods!) They escape to Camp Half-Blood, a safe haven for demigods. This is when young Percy Jackson receives his mission: Zeus’ lightning bolt has been stolen, and he must find it before war breaks out between the big three. The prime suspect is Hades (obviously), so they head to his realm, the entrance of which is in Los Angeles (naturally).

Part of the pure joy of the series is the way Rick Riordan unleashes the old stories on the new age. The Island of the Lotus-Eaters, for example, because the Lotus Casino, a place that feels impossible to escape from.

The other thing that makes it special is the way Rick Riordan incorporates a diverse cast of characters. Percy Jackson and the other demigods are dyslexic and have ADHD. (Rick Riordan’s own son struggled with both, and he wanted to write him a hero that shared his experience.) There are differently-abled characters. There are queer love stories. There are characters of color who get their own spin-off series and who I desperately hope will appear in this adaptation. Ahem, Disney.