Of Saints and Miracles 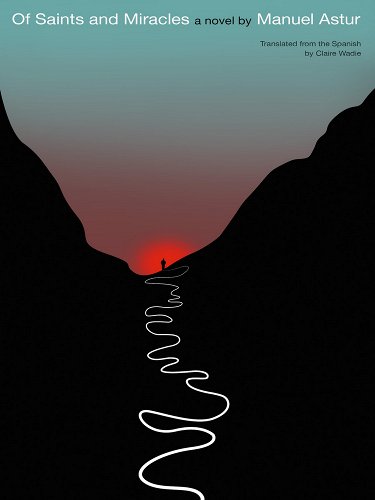 The following is excerpted from Marcel Astur's new novel, Of Saints and Miracles, translated by Claire Wadie. Astur is a Spanish author and journalist selected as One of the Ten Most Interesting New Voices in Europe by the European Union. He has written novels and collections of short stories and poetry. Wadie has a Master's in Translation from the University of Bristol and won the Peirene Stevns Translation Prize for her translation of Astur's novel.

We know it was early November, because the pig had filled out so much it was almost too big for the sty. The best chestnuts in the world grow in those parts, as big as a man’s fist, and once the pigs have been fattened up on them they don’t survive beyond autumn.

It was a perfect day. A frosty dawn had covered the fields in a blanket of white, as if it had snowed. There was not a single cloud in the crisp cobalt sky, and the air was so dry and pure it stripped the muck from your lungs.

The men were eating fried eggs, chorizo, and potatoes for breakfast, and drinking anis and cider to fire themselves up. The women, with piles of basins of every color at the ready, were dicing huge quantities of onions on great slabs of wood. The pig was grunting nervously inside the pen. They all know when their time is up; they’re born for the slaughter, after all. Although sometimes they grunt merely because they’re hungry; after weeks of being overfed, they’re starved so they shit everything out, leaving their guts clean. The children were playing and shouting and darting about like the swifts that had left the skies a few months back. Lino was one of them. But he wasn’t shouting or playing or pestering the grown-ups. He never left his mother’s side, just took it all in, wide-eyed. She was a kind soul, who helped the sick, the possessed, the cursed, anyone in need. The father was a bad lot and rough as they come, but he was strong and well versed in slaughter.

At about nine o’clock they brought out the hog, hooked by the neck. It grunted in fear, and people said that it was a fine pig. Together, the men tied its legs with rope so it couldn’t move. At Pacho the slaughterman’s nod, a woman placed a green basin underneath; it glinted like broken glass on a riverbed.

They worked in silence, save for the pig’s shrieks. Pacho took a large old knife, its blade worn thin by a thousand sharpenings, and slit the animal’s throat in one stroke. Blood started to gush out, pumped by the pig’s frightened heart. Basin after basin filled with blood. A small pool of overflow trickled down the concrete path in rivulets so red and thick they were almost black. The air was heavy with a blend of ozone, joy, excitement, and iron that made you want to laugh and cheer. The blood kept flowing and the women kept stirring to prevent it from coagulating, until there was so much red foam it looked like a demon barber’s shaving basin.

Afterward, a man ran a blowtorch over the pig’s body to burn off the hair, and others scraped at it with blunt knives to remove any that remained. The blowtorch snorted like a devil.

They raised the hog, tethering it so it stood almost upright, crucified. Pacho heaved the knife into the top of its chest and sliced cleanly downward until the guts fell out pink, purple, gray, and black, and people started clapping like children who have cracked open a piñata. They removed the innards and threw them into various basins. Then they cracked the breastbone with a hatchet and cleaved the chest open. The pig had stopped squealing a while back, but it was still alive; you could see its heart beating in the cold morning air.

Lastly, they hung it head down, a stake holding its chest open to let the air circulate. People began drinking toasts to it. The women got out chairs, trestles, and wooden boards, which they assembled into long tables, covering them with white tablecloths that shone like holy shrouds in the clean autumn light.

They lit a fire in half an old oil drum. Thanks to the liquor and the jovial atmosphere they didn’t feel the cold, but while the men carried on in their shirtsleeves, the puddles and trickles of blood had frozen solid. Lino couldn’t take his eyes off the pig; thick drips like red paint were falling from its snout. One of the children asked if he wanted to play with them. Lino said nothing and hid his face in his mother’s bosom.

The men drank and ate fresh meat, which they roasted on a metal grill on top of the drum. They argued loudly, for fun, like people did back then; and the afternoon drifted into evening.

Casimiro raised his glass: “The body’s like a spoiled child, mustn’t let ’im get away with it. If ’ee wants water, give ’im wine!” And everyone called out together, “Give ’im wine!”—or “anis!” or “cider!”—and they all laughed merrily. Admittedly, Casimiro was living proof of just how wrong his theory was. His red nose was misshapen and covered in lumps, like a potato. The same lumps covered his huge belly, which hung down almost to his knees and looked more like a sack stuffed with objects of all shapes and sizes than anything else. Indeed, poor old Miro died not long afterward.

And evening became night, and still they kept going. Some began to sing the old songs, the cantos, habaneras, corridos, vaqueiradas, and tonadas; there’s nothing quite like a group of friends singing them. The first to break into song was always Culoalhombro. They’d always called him that, on account of the ass-shaped hump on his back, but his voice was as exquisite as his body was deformed, and in the bar they’d always coax him into singing a tonada and he wouldn’t hold back. Even now, thirty years since his death, there are old folk who remember him, and on still summer nights they imagine they hear his warm voice floating out from the bar and over the valley.

Culoalhombro would start to sing, and one of the women, usually La Cuca, would accompany him, and gradually other women would join in, and then everyone, and they would sing on and on without a care, one canto after another, while the drinks kept coming; and there were always cigars and they would smoke until the frogs and the birds fell silent, and in those moments you wanted to hug whoever was next to you, even if they were an ass, which they often were, and all was well, and … what can we say: this, surely, was true happiness.

It wasn’t that Marcelino’s father was a bad drunk, more that he’d always been plain bad. But when he drank too much, he got the Devil inside him. You could almost see that one drink too many going to his head. His eyes would cloud over, turning dull like the river water when a cloud passes in front of the sun. He would stop talking suddenly, even breaking off mid-speech, bow his head, and then, for no apparent reason, take up the same peculiar position: his arm bent and his hand brought up level with his chest. The hand hung loosely from the wrist, almost lifeless. And after that, he would drink and mumble to himself, as if what he saw didn’t please him one little bit.

“You’re a whore, see. I’m gonna kill you, whore, maybe that’ll stop you bringing shame on me.” The singing stopped. His hand, still hanging, had clenched itself into a fist, like a scorpion’s tail or a snake poised for the kill.

“Oh, come on, man, let’s just enjoy the party, for Christ’s sake,” said Casimiro, who was sitting behind him. “Everyone’s having a good time, we’re all friends here. Have another drink and let’s sing.”

“You shut your damn mouth or I’ll slit your throat like the swine’s,” he said, and his hand opened a little, a finger indicating the hung pig. All eyes turned to the pig.

Lino’s father didn’t move, except for the finger, which retracted into his fist like a snail’s head into its shell. His wife moved closer to him. She took him gently by the arm, to let him know it was time to go.

Just then his hand opened, grabbed the knife they’d been using to cut the bread, and sliced Casimiro’s hand. Next, he lunged at his wife’s throat, the blade nicking her chin before several men threw themselves on him and gripped his arms.

Casimiro didn’t stop screaming as the blood poured from his hand, staining the white tablecloth.

Lino’s mother said nothing and refused to let anyone tend to her wound. She simply pressed a napkin to her chin, took Lino’s hand, excused herself, and left. It was then that La Cuca noticed she was showing slightly. Fleetingly, she wondered whether she should tell someone, so the woman wouldn’t be left to walk home alone. But she didn’t, and then she forgot all about it.

Excerpted from Of Saints and Miracles by Marcel Astur, translated by Claire Wadie. Published with permission of New Vessel Press. Copyright © 2022.

Did Dr. Seuss know what horses looked like? (An investigation.)

At Least You Have Your Health by Madi Sinha, Read by Soneela Nankani 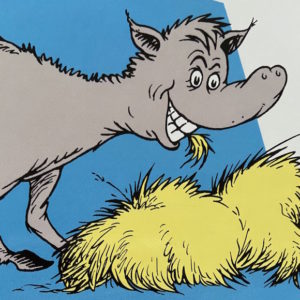 Did Dr. Seuss know what horses looked like? (An investigation.) One of my toddler's favorite books is Dr. Seuss's ABC. I like the narcotic effect of the sing-song rhymes, she likes getting...
© LitHub
Back to top