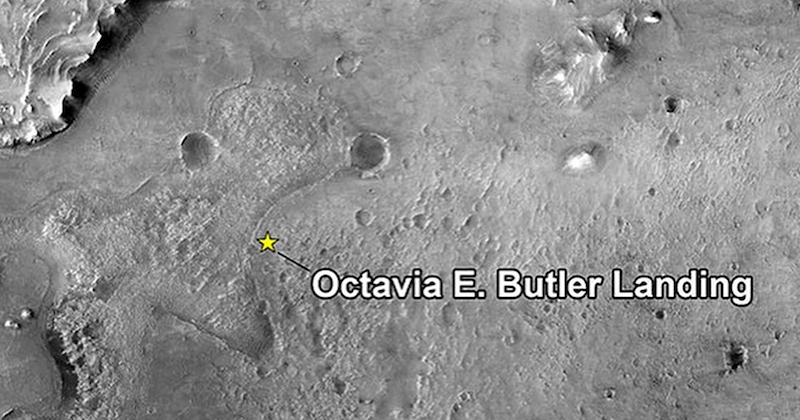 How did I miss this?! NASA’s Perseverance rover has touched down on Mars—and NASA has named its landing site after Octavia Butler. “Octavia E. Butler Landing” is located in Jezero Crater, just north of Mars’s equator. Once flooded with water, Jezero was home to an ancient river delta, which makes it a particularly useful site to search for signs of microbial life.

Using the landing site to honor Butler is completely fitting, given the scope and power of her work. “Butler’s protagonists embodied determination and inventiveness, making her a perfect fit for the Perseverance rover mission and its theme of overcoming challenges,” said Perseverance deputy project scientist Katie Stack Morgan in a press conference. “Butler inspired and influenced the planetary science community and many beyond, including those typically underrepresented in STEM fields. The fact that her works are as relevant today, if not more so, than when they were published is a testament to her vision, genius, and timelessness.”

This is not the first space feature named after Butler; she is also the namesake of both an asteroid and a mountain on one of Pluto’s moons. Well-deserved! Let’s do Earth next.