Melody Nixon, Far From Home, on Tragedy and Disquiet

After Jackie Wang and David Lau

I.
My brother says the “first siren comes, then three more. Then five. Then, they don’t stop. Every siren in Christchurch. Thirty minutes, only sirens. A pause, then they resume, heading in a second direction.

II.
I’m walking a hillside with Monterey Bay hazy and blue below. My arms hang at my sides, achy sticks. If I keep walking I will, I think, be okay.

Big Sur, Esselen homeland, is just a thin-tipped outline across the water. I found out last summer that Henry Miller, the Henry Miller, whose memorial library we embark toward in summers, said the indigenous Esselens were slow-witted and not very smart. In a typical gesture of patriarchal “benevolence” he praised their other virtues. As if that might redeem him. I do not understand why we do not talk about this more.

III.
My friend Raed Rafei thinks that white supremacy is the West reckoning with the end of itself. The end of the dream of manifest destiny.

It was an anxious, fitful sleep; this is a rough morning.

IV.
Raed and I talk about this after a white, Australian gunman murders 49 people in two mosques in my homeland, New Zealand.

It is difficult to break the name of this event over one another. We refer to it as “what happened.” That… thing. The thing where a white man plans for two years to massacre members of the Muslim community during their moment of spiritual practice. Peacefully worshipping. Then he livestreams the killing. Then he uses social media to promote it.

The West is waking from a fitful sleep, tangled in the sheets.

A Christian-raised Kiwi and a Lebanese Muslim, friends in California. As we take in the information, shock making my tone a blankness, I say things like, “I’m so sorry. Please let me know if there’s anything I can do.” He says the same thing back to me, but his voice has more liveness. We experience this trauma from different angles, trying to examine how to comfort one another. My trauma has none of the threat of safety of his. Yet I am all emotion. He, a strong person, is philosophical.

As the Imam’s voice lilts and wavers, someone wipes tears. The feeling of sorrow is palpable.

“It’s okay,” he says. “I always feel like I could die at any time. I guess it’s hardwired in my DNA that by its very nature the future is unpredictable, and it is violent.” He grew up during the war; the war that he says took his parents lives away, though they survived.

VI.
I only know the secret trauma of ancestors who inflicted violence, then covered it up and didn’t speak of it. How it festers there, in all of the colonizers. I only know the shock of sudden death from my childhood. How every trauma carries in it every other trauma.

VII.
The medium is important. Raed and I exchange our thoughts as voice messages over WhatsApp, because we live in different cities in the Bay. We talk about social media’s role in the neo-Nazi movement, in narcissism, and the alienation it produces, while we check the news on Twitter.

VIII.
Guy Debord, in his aphoristic writing, saw that nature was one way out of this mess. The antidote to the spectacle, to the image that we celebrate, fueled by our position as consumers. Spectacular violence.

As I walk the hillside I see a deer who, I think, doesn’t know she’s going to die. Not right now, but at some point she’ll die. She’s just strolling in the redwoods. Is it the fact of her death, which she carries in her sensitive limbs, a sad thing? Does she know of her death? Maybe she does, but in a different way than we humans know it. Her end is carried in her muscles, a movement away from sound.

IX.
I read the white man the piece I have written and he is concerned that it is not “factually accurate.”

X.
Processing grief from afar is one of the most disquieting parts of the migrant experience. No soil to sink down on to. As I walk in my neighborhood, deciding to fill my stomach with a matcha latte, I feel that big skyward hole over me again, that slash of empty that will expand like a wet stain if I don’t stop it, despite (because of?) my bourgeois tendencies; the ones that mix green tea with milk.

Suddenly, there on the side of the street is a New Zealand Pohutukawa, our “Christmas tree,” red bristles in full bloom against dark green leaves. It’s doing its thing, blooming at the same time as its southern hemisphere cousins. How or why there are Pohutukawa all over the Bay Area remains a mystery to me. Its flowers link me to the other side of the Pacific. And they are red.

“The world always sustains the maximum suffering it can bear,” writes Ariana Reines, and she’s right in a way. On some elemental level you could say that nothing is ever breaking.

XI.
Romain Rolland, in dialog with Freud, called that feeling you get when you feel one with everything “oceanic feeling.” This feeling, says Rolland, is the feeling that is underneath anything religious. It is in itself religious, even if the feeler believes nothing.

Note to self: oceanic feeling is not the feeling you get when you open a packet of Yogi tea and are forced, out of a masochistic curiosity, to read the inscription on the tag—though I understand that these are linked: a 20th-century European dramaturge in dialog with a psychoanalyst, entranced by scripts of behavior; and the neoliberal moment that got us here, seeking spiritual advice from a tea bag tag. Both ascribing meaning to so-called freedom. Pursuing the enlightenment break. Maybe there’s something ritualistically colonial about tea sipping that provides white women like me with oceanic feeling. Breathe in and you are one with every Thing. The annihilated. The annihilator. And you are both.

XII.
Raed sends me a video taken by an Arabic migrant in New Zealand, and circulated through the Arab region. Social media can be used for coalition, cohesion, the other end of the spectrum from extremism. “It’s interesting how the power of the perpetrator to stream live the attack on Facebook,” says Raed, “is met with the power for the response to the attack to be so widely shared.”

A crowd gathers at Canterbury University in Christchurch; the camera pans and we see faces extend all the way to the edges of the square, a vast, pink-faced student body. Silent, solemn. Suddenly the call to prayer sounds over the crowd. As the Imam’s voice lilts and wavers, someone wipes tears. The feeling of sorrow is palpable. Watched in California, via Lebanon, from New Zealand, you can’t help but feel implicated.

XIII.
The not-Ancient Greeks have six words for love. Philia, éros, agápe, storgê, pragma, and philautia. I think of Christchurch and it is several of these, a desire for several, a feeling so strong of their absence. When you name something you are lacking its full body materializes before you. “Oh, that!” you think.

Melody Nixon is a New Zealand-American writer, editor, and PhD Student in the History of Consciousness program at UC Santa Cruz, where her work focuses on race in contemporary U.S. poetry.
https://www.melodynixon.com 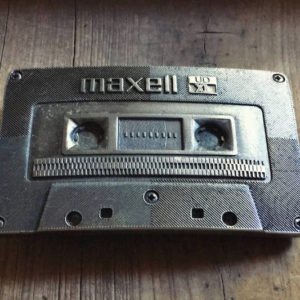 “Did you see the badge number or nameplate of the officer who hit you?” I heard myself say as I played back the interview...
© LitHub
Back to top