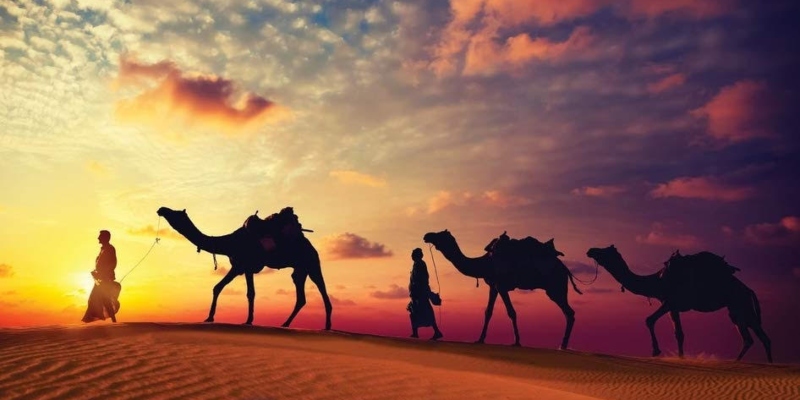 F.M. Deemyad in Conversation with C.P. Lesley on the New Books Network Podcast

There have been more than a few contenders for the title of “World Conqueror,” but 800 years after the fact, Genghis Khan’s claim to the title remains unmatched. Over the course of four decades, he and his heirs built a realm that stretched from the Korean Peninsula to the plains of Hungary and from northern Siberia to India. And unlike the conquests of Hitler and Bonaparte, the charismatic authority of Genghis Khan endured long after the initial union fractured into warring khanates.

Tackling even the establishment period of such a massive undertaking within the covers of a single historical novel poses a challenge for any author. In The Sky Worshipers (History Through Fiction, 2021), F.M. Deemyad approaches the problem by focusing on three foreign princesses, captured in different places (northern China, Central Asia, and Poland) by Genghis, his son Ogodei, and his grandson Hulagu. These three women, each for her own reasons, together create a secret eyewitness account of the Mongol rise and expansion.

The female perspective allows Deemyad to avoid extended discussion of wartime atrocities and focus on the human cost of conquest and battles. Yet the atrocities are there too, reflected in the permanent scars left on survivors who must deal with disruption and loss even as they struggle to avoid being coopted into a world they neither created nor chose. In often haunting prose, Deemyad brings to life a slice of the past that, although not forgotten, has receded from view, obscured by the more recent disasters and tragedies of the twentieth century.

CPL: How did you become interested in the Mongols and the history of their conquests?

FMD: I began my research in 2013 as I was pursuing a master’s degree at Johns Hopkins University. It was the time of the #MeToo movement, and I wanted to show the historical role of women. I chose the Mongol era because that was probably the darkest moment for women.

CPL: What made you decide to express that interest in the form of a novel?

FMD: When one studies the Mongol era, what stands out is the lack of women’s voices. Even Chaka, who was married to Genghis Khan through an arranged political marriage, remains an obscure figure. Definitely she had some influence on the Mongols once she was taken to the horde. But only a few lines about her are available online.

CPL: Your novel begins with the discovery of a manuscript in Karakorum, the center of the Mongol Empire. The manuscript is at least a century old at the time of its discovery and, as we soon learn, was written by your three heroines. How does this structure contribute to the story you tell?

FMD: I wanted a large span of Mongol history in one novel. I had learned that The Secret History of the Mongols existed, but it was too pro-Mongol to be acceptable. My professors at Johns Hopkins suggested that I use a few women and connect them through a manuscript that they share. So the idea of a secret manuscript and the princesses merged into one idea for the novel. The good thing about the novel is that it takes you to the streets of Russia; it shows you what it felt like. No book of nonfiction can do that, because there’s a different dimension to the writing. This manuscript then became the medium that connected these three princesses.

CPL: What would you like people to take away from The Sky Worshipers?

FMD: One of the things about Genghis Khan is that when he entered Bukhara, he went inside a mosque. His forces desecrated the mosque. But he soon realized that religion can be used as a tool. He looked at it from the perspective of a belief in religious freedom. He began with a military point of view, and he won. The Mongols conquered the largest area of land ever, and no one can take that away from them. But then he learned to leave religion alone, because people who would not fight for bread would fight for religion. So you had religious institutions of all kinds, and people worshipping at them, but then he used the clergy as his mouthpiece, to enforce his laws. From Vietnam to the gates of Vienna, people had to obey his Yasa law, whether or not it made sense to them. It was an amazing time period.

Born in Kermanshah, Iran, F.M. Deemyad learned to love English literature in childhood. She holds degrees in biophysics from the University of Houston and creative writing from Johns Hopkins University. The Sky Worshipers is her first novel.

How It Ends by Rachel Howzell Hall, Read by Joniece Abbott-Pratt

Nichole Perlroth on Our Digital Path to Mutually-Assured Destruction 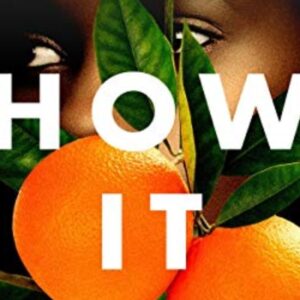 How It Ends by Rachel Howzell Hall, Read by Joniece Abbott-Pratt