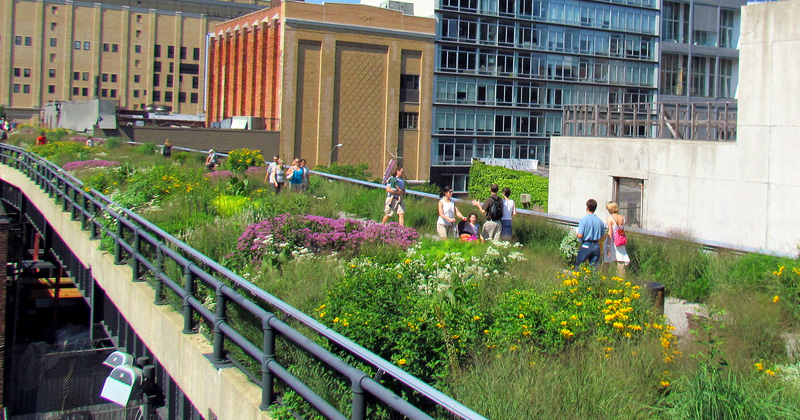 If you’ve been in New York for any length of time, chances are you’ve heard about the High Line, the elevated freight rail line converted into a public park. The park, which runs from Gansevoort Street in the Meatpacking District to West 34th, opened to the public in 2009. Since then, the High Line has continued to grow in popularity. In its first year, 1.3 million people visited the park. In 2015, the number was 7.6 million.

If you’re thinking of braving the crowds and taking in the High Line’s verdant walkways this spring or summer, there’s now an audio tour to go along with it. Brooklyn-based poet Tommy Pico has written a meandering, 28-minute poem meant to supplement visitors’ experience of the park. Entitled FEED: A garden soundscape, Pico’s poetry, read in his own voice, is as lush and unexpected as the plant life that inspired it.

I recently had the chance to catch up with Pico over email to ask about his work, the High Line, and his favorite karaoke songs.

Matt Grant: Tell me a little about your background and your work. How and why did you start writing poetry?

Tommy Pico: Obvi I started writing poetry for the money and the sex, but when neither of those things happened I guess I stuck around because of the froyo. Really though, I’ve just always wanted to tell stories, and poetry is I think the most compatible medium for my barbed wire brain. I’ve been doing it as long as I can remember, and even before I could write or spell I was talking into a tape recorder. In a way, doing a soundscape was kind of like coming back to my earliest writing self.

TP: The Friends of the High Line and Poet’s House hit me up about the idea of making a soundscape to help launch their spring ephemerals garden. There were no real constraints, and they didn’t ask me to do anything in particular, which is actually pretty freaking scary. I actually have no idea how it happened or what I made tbh, I just met with their horticulture department a few times and strolled through the park and spent a couple months generally learning everything I could, from the plants they curated to the history of the park and the train line and the neighborhood. It was a flood.

I started to see the whole project, the High Line itself and the thing I was making, as one of reconciliation. Reconciling “nature” with “the city,” the city’s past with the park’s future. And I just so happened to be reconciling with an ex with whom I’d had many, many dates at the park itself. Just vibes all around. I think in general all I’m ever trying to do is suss out the tethers between things. I’m a sissy and a susser. A sissy susser.

“There were no real constraints, and they didn’t ask me to do anything in particular, which is actually pretty freaking scary.”

MG: What was your writing process for FEED? Did you walk the High Line, sit somewhere in the park and write, or were the poems composed elsewhere?

TP: I had to finish this epic ode to spring in the winter, so it was a little too cold for my taste to be strolling through the garden on the daily. I was also concurrently working on a soundscape for Gramma Poetry and Vignettes gallery in Seattle, essays, book launch stuff for Junk (my third book), my podcast Food 4 Thot, and my next book—so I plopped my no-ass-havin’ ass in a chair in an office in Bushwick, where I am also typing this. I am fortunate enough in my “career” or whatever that I always have a new project to work on, but it also means I don’t get out very much (sad face).

MG: Is there a starting and ending point to the soundscape, or a particular section that aligns with a part of the park?

TP: The thing itself is broken up into sections that are announced by the Latin names of some of the plants in the gardens, if you walk from the south entrance (the Gansevoort Woodland) to the north exit (the Railyards). I wanted the meandering nature of the soundscape to mimic somewhat the journey of the park itself. Having said that, however, I think the purpose is to not have a purpose, to just flit around and listen.

MG: What do you hope people will experience as they listen to FEED?

TP: Feed was interesting because it’s a lot more . . . positive? Than other things I’ve written. Not like I’m some dour bard or anything, but generally the levity of my work is grounded by moments of, like, really stark darkness. After listening to it my friend Tyler was like, “omfg did you just write a LOVE POEM?!?!?!”

“After listening to it my friend Tyler was like, ‘omfg did you just write a LOVE POEM?!?!?!'”

MG: In addition to being a poet, you’re a karaoke enthusiast. What’s your favorite karaoke song, and why?

TP: Right now, as in always, it’s “That’s the Way Love Goes” by Janet Jackson because I get to do like all five million of my voices. I always also come back to “Here Comes the Rain Again” by Eurythmics because I think it’s about cyclical depression and being in love with someone in the closet, which I have NO EXPERIENCE WITH WHATSOEVER LOLSOB. If I had the pipes for it and I really wanted to make someone destroy my booty I’d go for “Lights” by Journey. This is a good question though because I’m a guest at the Tin House writing workshop this summer and they have a big karaoke night, so I have to choose my song well.

Originally from the Viejas Indian reservation of the Kumeyaay nation, Pico is the author of three books of poetry: IRL, Nature Poem, and the forthcoming Junk. Feed is now streaming on SoundCloud. 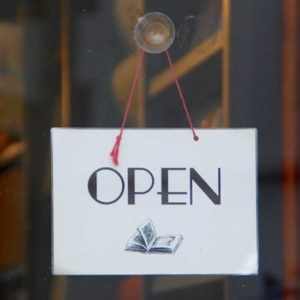 When you tell people you’re opening an independent bookstore, they always have a strong opinion to share. Brave is a word...
© LitHub
Back to top