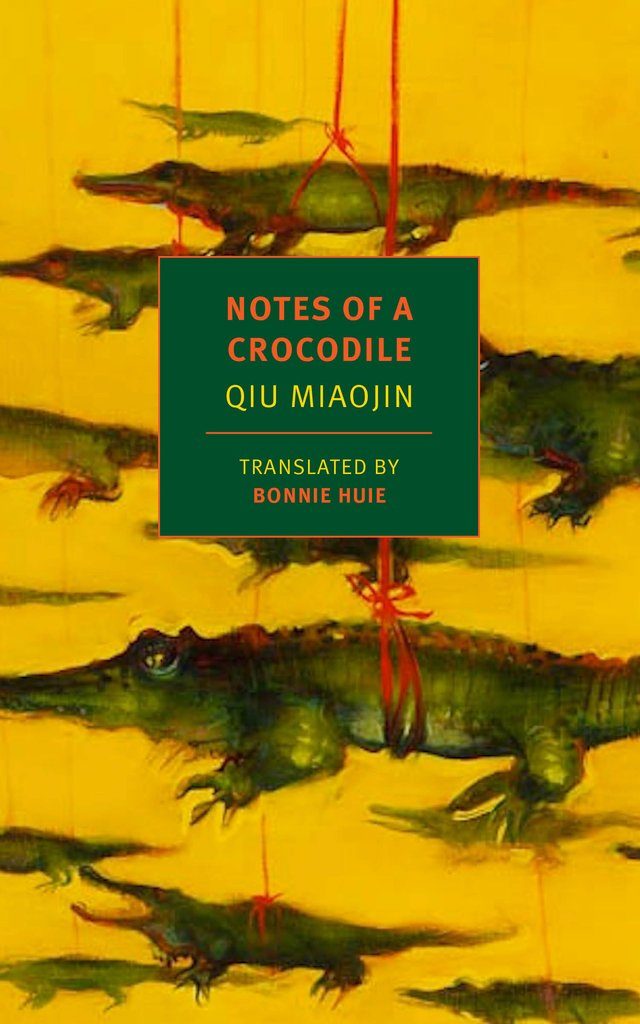 The following is from Qiu Miaojin's novel, Notes of a Crocodile. Qiu Miaojin (1969–1995) is one of Taiwan’s most innovative literary modernists and the country’s most renowned lesbian writers. Notes of a Crocodile is set in the post-martial-law era of late-1980s Taipei. It is a coming-of-age story of queer misfits discovering love, friendship, and artistic affinity while at Taiwan’s most prestigious university.

I secretly looked forward to seeing her during my weekly shift. By day, she worked at the offices of the Youth Corps. By night, she and her fiancé and a few friends ran a bar. Every Saturday at six p.m., we’d work together. The two of us made a good team. By the time her shift began, she’d be overworked already. She often arrived looking thin and pale. Naturally concerned, I’d stare at her out of the corner of my eye. She smiled at me. It was a tired smile.

She’d ask me why I was sitting next to her, and I’d say because you’re smart. She’d also ask me why her. I’d say because you’re so beautiful. She said maybe you don’t know that I have nothing to offer you. I said doesn’t matter, other women don’t want me. She said you can’t handle me. I said let’s cross that bridge when we get there. She sat on my bike, waiting for her fiancé to pick her up. I insisted on giving her a lift home. She didn’t think I’d be able to move with her on the back. I got on the bike, and we went for a ride. She was so light. We ran a red light and made a sudden turn. And with that, she became a little kid screaming in delight. She said she’d never ridden so fast before. We rode up a giant bridge, taking the steep lane for motorized vehicles. All around us, cars were zooming past. We were on the only bicycle. I was drenched with sweat. It was a dangerous

Her capacity for happiness was limited, and yet she seemed happy. She always seemed happy. Her happiness was natural, infectious. Having been endowed with an intuitive understanding of others, she knew how to give and take. She was the epitome of graciousness. The art of courtesy, as she so ably demonstrated it, was a musical instrument in the hands of a virtuoso.

As I carried her on my bike, her weight became my own, and for a time, she was a part of me. During my grueling ascent of the bridge, a cool breeze encircled us. The surrounding riverbed was visible beneath the limpid waters, and the twilight sky was a gentle pink. To our left was the sun, tiny and round, its rays forming striations of color.

Xiao Fan and I inhaled deeply. All was peaceful. I let up on the pedals, slowing down as much as I could. I wished the bridge would never end. With her close behind me, I could tell that her breathing was irregular: She’d gotten overexcited. I had seen this day coming, when we would drop the façade and find ourselves at a loss for words. In a calm and matter-of-fact tone, she asked whether I’d still see her if she quit her job. She was older and worldly-wise, sober and heavy- hearted.

I could see into the depths of her soul. I knew her type. Insight was my natural gift. Just go on managing your bar. I’ll come see you. Doesn’t matter what time you get off, I said. A flock of white pigeons flew overhead, and in that instant, having been shown a glimpse of absolute freedom, I found courage. I wanted to fall madly in love. I already knew I would take the love in me that no one else wanted and give it all to this woman. All my memories of Xiao Fan and I together were to be captured in this single bleak picture.

She knew I was secretly in love with her. She knew my demons. She knew I was trying to figure out the inner workings of her soul. She knew that I understood her, that she could trust me. She even knew that I would vanish; I could hear it in those words on the bridge. I could tell that she was not one who was easily moved, but that I had moved her. She hid too much. She begrudged my absence before things even began. Her feelings for me were complicated.

During the lowest point following my split with Shui Ling, I disappeared for a month. Didn’t report for duty. Didn’t get in touch with anyone. I was at home, incapacitated. Out of the blue, I got a phone call. It was Xiao Fan’s soft, courteous voice on the line. I heard her say, “I don’t know why I’m calling you, and I really don’t know if there’s any point in me calling you, but I just wanted to make sure you were still alive.” (At this point, I was certain that she was crying, and that she was stifling the sound.) “So it’s just for my benefit, okay? You haven’t shown up for work all month. I sense that something’s going on with you, but I know very well that I have no business telling you what to do. You always have to have your way. You’re always looking after me, and whatever it is I need, you’re there to offer it. But you never tell me what’s going on inside of you. Something bad happens, and you hide at home, alone, wallowing in misery. So tell me, what can I actually do to help you? Or should I wait for you to feel better on your own and show up for a shift with a smile again? You make me feel so helpless.” Her voice betrayed a nasal congestion from crying, and she seemed to be struggling to maintain her composure as she spoke.

On the most intense night of all, I finally went to the bar to find her. I was already drunk, but she didn’t ask questions. She just sat with me and kept me company, telling me all kinds of anecdotes about what had happened while I was away and what was going on in her life. I laughed as I listened. I laughed so hard that my entire body shook violently. Tears of laughter streamed down my face the whole time. With firmness as well as understanding, she looked me straight in the eye. I stared back as she rattled on. Through my tears, I was laughing hysterically, and I thought about how I had always longed to be loved like this. . . .

The alcohol kicked in. I vomited everything up in the bathroom. I told her not to worry, that I didn’t want her to see this disgusting side of me. After I threw up, I came back and hid in a corner of the room. I lost control and burned myself. I thought she wouldn’t notice, but when I looked over, she was standing at the bar, watching me as she poured a drink. There were tears welling in her eyes.

From Notes of a Crocodile.  Used with permission of NYRB Classics; Main edition. Copyright © 2017 by Qiu Miaojin.

15 Books to Read This May 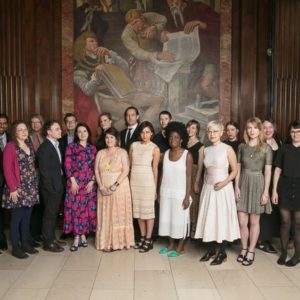 Partying with a New Generation of the Best Young American Novelists Only once a decade does Granta dedicate an issue to young American talent by choosing 20 novelists under 40 to highlight....
© LitHub
Back to top