“Notes from the Underground” 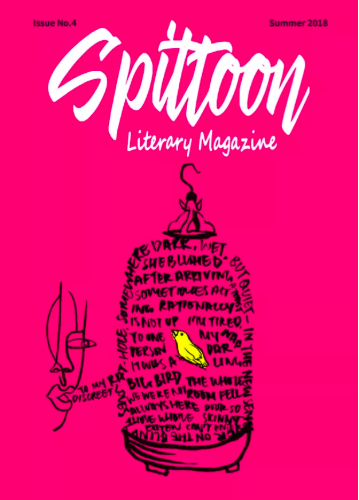 The following is a story by Bao Huiyi 包慧怡 from Spittoon Literary Magazine. Spittoon is a Beijing-based literary magazine that translates the best new Chinese writing into English and is part of the Spittoon Collective, which organizes events and programming in China and abroad.

Another year and I think I should say goodbye to the island for good. For four years I’ve moved from one enclosed space to another, and this last winter I descended several moldy steps to begin living in an underground room.

On the day I got the key I found several tiny snails on the carpet probing the wall. It’s a mystery how they got here. They must have traversed two doorsills and felt out a path from the overgrown courtyard. Another possibility is they came in the front door, but in that case they would’ve needed to learn how to climb stairs.

The corners of the bathroom and the windowsills are home to more than a few spiders’ webs, which I’ve been too lazy to clean. Even if I tried to grab the spiders I might have ended up killing them, and compared to mollusks spiders are easy to get along with. In my previous residence a huge long-legged spider wove a web above my showerhead, and every night it dangled over me. At first it was strange being naked with it, but over time we felt more like old Adam and Eve (though I couldn’t discern its gender). When I took down the nozzle I was careful not to spritz it.

My hair loss is getting serious. During my morning comb I get a few good clumps every day. I usually open the bedroom window, still barely dressed, and toss it to the yard. Only a small part at the top of the window can open, and the hair is so light and silky it clings to the frame. Recently, walking my bicycle into the courtyard, I saw insects like spiders but darker and harder climbing my hair like a rope bridge up to the window. It got a little unsettling, so I cleaned it up. Still, it’s hard to stop tossing hair into the yard, as there’s a sort of funereal pleasure to discarding little pieces of yourself.

A wasp’s nest is hiding somewhere deep in the brickwork, between the roof and the bedroom wall facing the garden. I don’t know exactly where. I can only see the wasps coming and going, buzzing and droning, twenty or thirty of them at least. Every time I go hang up clothes in the garden they have me on tenterhooks. Lying in bed at night, I can hear from deep behind that wall an ever-so-gentle knocking. It could be a woodpecker (though I’ve never heard pecking like that), or it could be a secret midnight meeting in the hive. But I can’t quite believe such small insects could produce such hard sounds. At first I was too afraid to sleep, afraid that the swarm might break through the wall and in the morning I would wake to discover myself sealed in golden beeswax, unable to move. But with time I began to like this image. I’ve long wrapped myself in layers of invisible beeswax, so why fear another? Since then I’ve been sleeping like a log.

Apart from this—and a slug I once found in the kitchen on a midnight trip to the toilet—the basement has been a calming place. The dining table in the kitchen is used as a desk, where outside the window you hear the whistling northern wind. All year round the temperature here is lower than on the surface by seven-to-nine degrees. By August I had already turned on the heater and begun sleeping under an electric blanket. When October came even the heater wouldn’t do. There is a fireplace. The slightest vibration upstairs sends clumps tumbling down. Judging by the cracked and pitch-dark walls inside, it must have been used recently. But even in the bitter cold I’m still afraid of carbon monoxide poisoning, so instead I boil a pot of eggs and let the steam bubble out. In less than ten minutes its warmth has snaked through the room. I close the door between the kitchen and the bedroom to keep the steam in, which dances in the yellow glow of the hanging bulb and covers the window in droplets. Sometimes I light candles (being mostly awake at night) and the flames form inconceivable designs among the droplets and glass.

There are six households in this building. Because I live underground I don’t often meet the others. Except for Mark who regularly goes to the garden to feed the cats, almost no one passes by the yard, the garden, or my window. There are four resident cats: fat Prince Ryoma, very fat Doraemon, thin Luo Xiaohei, and broken-tailed Ishizu. Ishizu is a black and white cat with upturned eyes and human features. She looks like one or two people I know.

Prince Ryoma and Ishizu often lie on my kitchen windowsill. When reading and writing at the table I lift my eye to see them arching their backs, exposing their fluffy tummies or trying to stretch themselves into leopards. Or they gaze at me through the pane, unwaveringly, as if looking through me. The landlord won’t allow the cats to enter, even putting little green boxes on all the windowsills that emit a low-pitch noise unbearable to cats. The noise annoyed me so I discretely shut it off and went to the garden to feed them. The cat food I prepare is not as good as Mark’s. The cats only eat it when particularly hungry. Ishizu sometimes eats a meal and then waits on Mark’s window meowing for more, which makes me look down on her a little (sigh).

Mark is an electrician who somehow always stays home in the daytime. I think he must be as unwell as I am, or maybe worse. His hands tremble when he talks with people, his voice is piercing, and he speaks too fast because his nerves make him speak more than is appropriate, all symptoms I could not be more familiar with. The first time we talked was in the garden. I was hanging up clothes and he was feeding the cats:

I laughed. I am probably a bad person. I can’t bear human warmth. Even if I am like Mark and I rely on cats to get by I’d rather not tell you.

“The other day I was across the road. Luo Xiaohei saw me and she shot across dodging lots of cars . . .”

What an awful thing to say. I spoke without thinking. But honestly, at that moment, I really couldn’t think of any other way to say, “I’m happy for your happiness.” (At that moment the feeling seemed genuine.)

Understanding? A friend I once liked wrote, “After dark on the bus, people and ghosts fall in love with each other/It’s so fucking lively you’re afraid of arriving.” But I think I’ve been running madly towards the finish for a while now.

Blood stains often appear in the yard. At first, I thought it was some dwarves celebrating Passover and I mopped it up. However, it wasn’t long before the spots of blood could once again be seen scattered around, sometimes as far as the windowsill, making me suspect this place had been cursed. Later, I discovered it was the result of Doraemon and Ishizu, Doraemon and Prince Ryoma, Prince Ryoma and Luo Xiaohei, or Luo Xiaohei and Ishizu fighting. This probably explains why poor little Ishizu’s tail was broken and wrapped in red silk—Mark must have taken her to the vet. I stopped cleaning up the blood after that, because fighting is bad character and cats are no exception.

Doraemon is the true reigning king. Sometimes I forget to close the top of the kitchen window and I return to find him tramping on the table, the candles and cups and incense tray that had been sitting on the sill all scattered on the floor. I suppose we aren’t very close (of the four wild cats he roams the most, sometimes only returning once a week). He leaps up from the windowsill and tries to get out through the opening. But this side of the window has curtains, so he clings frenzied to the white cotton and has to claw for ages before he can escape over the high frame. He disappears with a thud and leaves me standing in a pile of incense dust and facing a curtain with a few hundred gashes. I would have opened the bedroom window to let him out, but he gets so impatient.

The island has entered the rainy season, and the nights are growing colder and colder. Ishizu is forever crouching on the iron chair in the yard, watching the light in my window after dark. I want to call her in, but it seems she couldn’t care less. This is how through these lengthening nights in my underground room, hearing the wind and rain through the window, I am gradually buried by the cards and documents piling on the table. Looking back on my pale and lackluster life, I feel an overwhelming tranquility, kind of like the half-dried rose that was given to Emily. 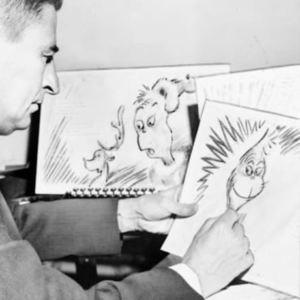