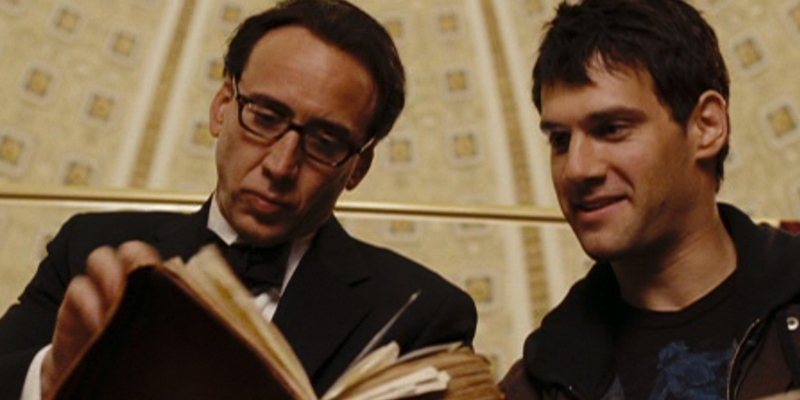 In November 2006, I got a call from prop master Ritchie Kremer about an upcoming movie project: the sequel to National Treasure (2004). The producers had just sold the movie to Disney Studios and production was going to start up in early 2007. At that point, there wasn’t a full script yet, just an outline, and a lot of the movie ended up getting written on the fly, as they were shooting.

I had previously made some big book props for Ritchie for King of California (2007) and The Legend of Zorro (2005). Knowing from those experiences how much work the titular Book of Secrets might be, we wanted to get started as early as possible. Ritchie outlined the basic idea: when every president of the United States is sworn in, each is given an incredibly confidential notebook which contains all of the secrets too troubling to keep bottled up inside, those that are too unspeakably terrible, shocking, or astonishing to be revealed to anyone, EVER. A sort of presidential confessional. At that early point we had no script, so we knew nothing else about the book, what would be in it, or how it would be shot.

I sketched a few rough thumbnails, just so we had something to get the conversation going.

I was going for something big and impressive looking: huge, thick, leather bound, with lots of gnarly hardware. They liked the general idea but decided that it needed the Great Seal to telegraph “president” (the Presidential Seal, which is based on the Great Seal, came along later, around 1850). I also wanted to cut back on the hardware and make something simpler, but with an impressive lock. I felt like the heft, the seal, and the lock were enough to sell it.

In the great Hollywood tradition of Big Scary Movie Books, the new design had gotten a little over the top.

I put together a show-and-tell presentation for the director with a couple of large leather-bound covers with a gold-stamped seal, sample papers and pages, documents, etc. I thought it would be cool to have lots of color on the pages, featuring hand-drawn maps, cryptic diagrams, and ciphers. But the director wanted the pages to have just writing, no images. He also wanted additional loose inserts scattered throughout the book: loads of photos, newspaper clippings, letters, notes, and diagrams. I was told to just come up with secret documents, without any direction on what those secrets should be.

I dug into the research on conspiracy theories about Area 51, the Kennedy assassination, D-Day, government ESP research, and lots of other fun stuff. I started making dozens of fake letters, reports, photos of alien autopsies, moon landing photos, etc. I added lots of intriguing real stuff that I had unearthed in my research, including exhibits from the Warren Commission report on the JFK assassination, aerial photos of Area 51, the flight plan of the first moon landing, and real newspaper clippings of UFO sightings in Roswell, Kennedy’s assassination, Al Capone’s trip to Alcatraz, and the sinking of the Titanic.

Meanwhile, the shooting started while the script was still evolving. Early on, it was planned that the large, locked book would be in an attaché case handcuffed to a Secret Service agent’s wrist. Then they changed their mind. It would have been too complicated to figure out how Nicolas Cage could separate the case from the agent (lockpick? machete? lots of Crisco??). After a couple more zigzags, they decided that the book would be hidden in the Library of Congress. At first, they planned to hide it in the base of a statue. I was then presented with sketches of how the statue and the book would look. They were based on my sketch but done by a concept artist on the crew. In the great Hollywood tradition of Big Scary Movie Books, the new design had gotten a little over the top.

I joked that we’d have to rename it the “Shoe Box of Secrets.”

At this point I had hundreds of pages of extra insert documents and was fielding requests for more. I told Ritchie that my one worry was that when we stuffed them all into the pages of the book it would be impossible to close and lock it. I joked that we’d have to rename it the “Shoe Box of Secrets.” Luckily, things zigged again and the new hiding spot for the book was on the shelves of the library, and the space was so small that the huge locked book plan was nixed.

I pitched the idea of a small, leather portfolio-style cover that tied shut with a cord. I pictured a design that was simple, that might look like George Washington had it made as a regular notebook. With the wrap cover, it would be flexible enough to stuff with documents. By concealing it in a clever hiding spot with a combination lock, there would be no need for locking hardware on the book itself, and no need for actors to fumble with keys and latches. It was also now small and light enough that they could hold it in their hands, rather than having to plonk it on a table.

I had already compiled many files of presidential writings, so now I just needed to print and bind the book. With a prop book there’s typically a “hero” section: the page or pages that are in the script and need to appear on the screen. The rest of the book can be blank or, my preference, filled out with filler pages that aren’t hero, but match the hero pages and look good in the odd chance that the actor ad libs flipping through the book to find the hero page, something that happens plenty of times. But since the script was constantly evolving, I decided that we should have book pages for every president just in case.

It was probably more difficult to find examples of each president’s handwriting on the internet in 2007 than it is now. I found letters, handwritten speeches, and notes from about two-thirds of the presidents, but others were tough to locate. I contacted rare- document dealers and pretended I was an interested collector so they would send me photos of rare documents to authenticate, and with those I was able to fill out the rest of the book. Each of the documents needed hours of work in Photoshop to clean them and separate the old, faded writing from the dark stained paper.

During this time, I was also working on other elaborate books and props for the movie, including a replica of John Wilkes Booth’s diary for other scenes. So by March it had been several months of long days and seven-day weeks, and I was just finishing the Book of Secrets and the Booth Diary when I got a call from Ritchie that they needed them on set in Washington… that night. There was no time to ship it. I had to drop everything, grab my go-bag (filled with stuff I might need to make prop documents: art supplies, paper, rubber stamps and stamp pads, etc.), and catch a train to Washington, DC. 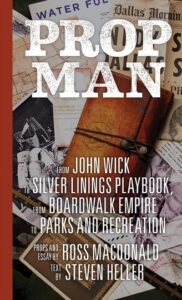 Adapted from Prop Man: From John Wick to Silver Linings Playbook, from Boardwalk Empire to Parks and Recreation. Props and essay by Ross MacDonald, text by Steven Heller, published by Princeton Architectural Press. Reprinted with permission of the publisher.

Ross MacDonald has led a secret double life designing and fabricating props for more than 120 movies and television series. Born and raised in the backwoods of Canada, he lived for many years in New York City before finally before landing in Newtown, Connecticut. 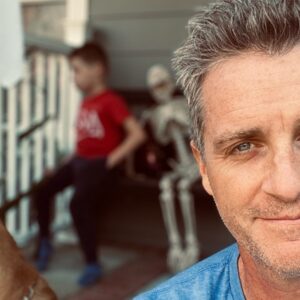 Otherppl host Brad Listi switches chairs with guest host Steve Almond to discuss his new book, Be Brief and Tell Them Everything,...
© LitHub
Back to top
Loading Comments...