Notes from a Black Woman’s Diary 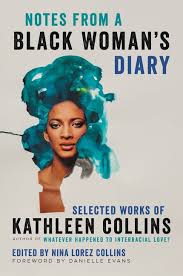 The following is from the new posthumous collection of Kathleen Collins' writing, Notes from a Black Woman's Diary. The collection includes short stories, works for the stage and screen, and diaries, and brings to life vibrant characters whose quotidian concerns powerfully illuminate the particular joys, challenges, and heartbreaks rendered by the African-American experience. Kathleen Collins, who died in 1988 at age forty-six, was an African-American playwright, writer, filmmaker, director, and educator from Jersey City. She was the first black woman to produce a feature length film.

She came in while I was recording and asked to listen to every Nina Simone album in the house. I was just about to introduce the next side: “How ’bout a little Herbie Hancock now, with George Coleman on tenor sax, Ron Carter on bass, Tony Williams on drums, and, of course, Herbie on piano . . . that’s right: ‘Maiden Voyage’ . . .”

Which puts us around 1965. And puts her in a pageboy with bangs. Light-skinned. Nice eyes.

I took her to lunch at Frank’s. Found out she was a Pisces, too. Nice eyes. Nice teeth. She was writing an article on Nina so we talked a lot about that, how much she dug her and all. Then she walked me back to the studio and I told her I’d put together all the albums we had.

The next time she came I picked up something childish about her and I knew she was married white. Something too wide-eyed. She helped me put together the albums for my show and we joked around a lot. She had good legs.

She sat through my whole show laughing at the way I signal the record start, so I almost missed a lot of cues. She had a heavy laugh almost out of character with that naive face. We had a good time.

She drove me home and I asked her to come in.

My husband and I had been together almost a year and a half when I decided to become a writer. I thought I should start with essays and articles because that would be the best way to develop a style. I was a real Nina Simone fan so I thought, Why not do an article on Nina Simone? I’ll go up to Harlem to the big jazz station and do my research and try to sell it to one of the music magazines. I was very excited and went up to the station the next day.

I ended up in one of the recording studios by accident. And he grinned at me. It was such a broad grin, while all the time he was reading from the back of a record cover—“.

. . and, of course, Herbie on piano . . . that’s right: ‘Maiden Voyage’ . . .”—and his finger seemed to glide through the air to signal the man in the other booth to start the record.

“What can I do for you, young lady?” he asked in that same smooth voice.

I told him that I was doing a story on Nina Simone and that I wanted to listen to every Nina Simone album in the house. He grinned. And soon after we were walking up 125th Street to lunch. I was starving. He asked when my birthday was and we found out we were born a week apart. His voice was so smooth. I told him I was married. But I didn’t tell him my husband was white.

He told me to come back on Saturday and I could listen to the records.

It was raining the next time I came. He was busy selecting the albums for his show, so I helped him. He teased me a lot.

I was wearing a yellow mini with new sandals and I felt very free. Until I thought about my husband; then I felt uncomfortable.

I sat through all of his show and teased him so much that several times he almost said the wrong thing or almost forgot to make an announcement on time. It was fun.

When I drove him home he asked me to come in.

I didn’t like being married but I was happy with her. Color never had much part in it, I don’t think. She was very fair anyway and very middle class in her attitudes. But there wasn’t anything pretentious about her. She radiated a beautiful kind of enthusiasm for life.

She had this great idea to do a piece on Nina Simone. I’d always encouraged her to write and I thought it was great she was beginning to start projects on her own. I suggested she go up to Harlem to the jazz station and get hold of all Nina’s records.

When she came back she was so excited and described in great detail how she watched this smooth dude run his show, how he took her to lunch and promised to dig out all Nina’s albums for her.

We’d been together about a year and I don’t think the idea of another man had ever entered her head. She was very idealistic and believed in love as something exclusive. I know I was like a god for her.

But this little encounter had awakened a kind of friskiness I’d never seen before. You could almost see her wagging her tail. It was very cute and appealing, and I fell even more in love with her.

Then one night she came home looking odd and jumpy. I was sharing a friend’s apartment at the time. My wife and   I had just split up. My friend was watching the ball game in the living room, so the only place for us to talk was in the bedroom.

I looked through a stack of records I had in the corner, trying to find some more old Nina Simone albums, while she sat on the bed and watched. She had on a cute mini. She kept looking at me. We kept looking at each other, really. I started teasing her about how all Pisces can read each other’s mind because we’re the most far-out people in the zodiac. She smiled.

I told her that the best person for a Pisces was probably another Pisces, because we are impossible people to understand, being that we are basically mystics and know more about life than most people. She smiled.

I knew she could feel it. I could tell. Her eyes got too wide and she couldn’t stop smiling.

A big fat man was watching television when we came in. He was stripped to the waist and his stomach was hanging out.

We went into the bedroom where there was a white bedspread. He started looking through his album collection to see if he had any more of Nina’s old albums. I sat down on the bed.

He told me that I had Pisces eyes. Even off the air his voice was still this wonderful smooth thing.

He found one of her early albums and handed it to me. I looked at him. And then this feeling took over my vagina. I couldn’t believe it! I couldn’t be feeling this for someone else. I wanted him really badly. My insides hurt.

I wanted to know if they’d made love. That’s all I wanted to know. It was killing me. She looked so lost and uncertain. I just wanted her to tell me if they had or not. I reassured her that it wouldn’t change anything, that I wouldn’t love her any less, but would she just please tell me what happened.

Finally she did. And it was nothing, really. She admitted wanting to and how that had really surprised her that she could want anybody besides me. She was still pretty shook up over it. But she ran before anything could happen.

Pretty soon after that it was over for me.

From Notes from a Black Woman’s Diary. Used with permission of Ecco Books. Copyright © 2019 the Estate of Kathleen Conwell Prettyman. 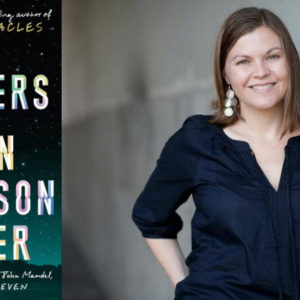