(Not) Drinking in Lockdown: On the Way We Mark Time With Alcohol

On Getting Through Coronavirus Sober, One Zoom at a Time

We’re two friends who each got technically sober in our own separate, rinky-dink, two-steps-forward-one-step-back eccentric ways. We were identical in realizing, early in sobriety, that we wanted more than just abstinence—more than just giving something up. We wanted a lush, beautiful, occasionally transgressive, frequently delicious sober life. Is that too much to ask? Sobriety didn’t mean we retired from living—rather the opposite, in fact.

We agreed that it wasn’t working to put on the same outfit and go to the same party on the same block and expect to have the same fun we’d had in days of yore—fun which, because of how we both drank, came with a giant price tag. To try to do all the same things we used to do, but sober, was like jamming a round peg in a square hole.

So we had the idea to become detectives and find out, forensically, what a party is made of. Parse out its elements, investigate what makes it work, and then build a new party from the ground up.

This is similar to what we’re doing now in quarantine. We disinfected the groceries, dusted off the board games, made the fucking sourdough bread. (No surprise: it wasn’t a tiny bit as good as the bakery boule accompanied by conversation with the baker, the smell of coffee, the smile exchanged with the stranger behind us in line.) We mourned and “doomscrolled” and read absolutely every bleak medical document.

As with sobriety, this new normal is going to go on for a while, and “white knuckling” only gets us so far. As we watch friends pour quarantini after quarantini, we wonder: What is happy hour made of? Is it really just about the liquid in our glass? What are we truly aching for when our friends post rosé-brunch pics or late-night, last-sip scotches? When we dissected the desire with tiny high-school-science-class tweezers, we saw that we wanted a rainbow of things.

For “beer-thirty,” for example, we wanted the workday to end, we wanted a break. Amanda remembers a night, early in her sober days, when she did not attend a book event at a dive bar (one she would have worked hard to ace, laughing and forcing connections with the help of bad wine). Instead, she watched Dog the Bounty Hunter for four hours and ate an entire party-size bag of M&Ms.

Who’s to say climbing back into a cozy bed and watching all ten episodes of Normal People is any more criminal than four quarantinis and a night of manic Zooming?

In the fourth hour or so, Amanda mused that perhaps this was the new “party size” for her: Dog and his crew made her laugh, she was super relaxed, and the dress code was pajamas. If she was honest with herself, isn’t this what she actually wanted from this evening?

Especially now that we live in pajamas all day, we love a dividing line, a ritual between day and night, between work and play. Amanda pours a spicy ginger beer and Rose’s sweetened lime juice every dusk, which only works on the back porch—no kids or phones allowed—if she takes a deep breath with each sip, watching sunlight on the trees. If Amanda drinks a zero-proof cocktail while doing dishes, it no longer works its magic.

When Jardine first stopped drinking, she loved the first blush of sobriety, and felt super-tender, so grateful not to be hungover. But she was single, and feared she’d made a deal with the devil: in exchange for peace of heart, she’d die lonely because she only knew how to connect with people through “partying.” Her only options, she believed shortsightedly, were afternoon bowling with fellow 12-steppers, radical solitude, or a random weeknight chamber-music concert.

No more throwing herself at massive parties and closing her eyes and freefalling. No more feeling shy, doing ten shots, and waking up with a new boyfriend she magically acquired overnight. No more dissolving her identity and merging with a mosh pit of collective freaks. Or was there?

Were those events created from the germ-seed of drugs and alcohol? Was the end goal to those adventures just to be drunk, or was it to fall in love, to dance, to forget her own name, to laugh till her face hurt? Restricted to a shelter-in-place reality, we’ve been again deconstructing some of our more obvious cravings and coming up with unexpected solutions. And we’ve been watching our favorite people do the same. The process for us starts with a sort of name-that-tune exercise, identifying the mood.

Because we realized it’s the ask that matters. Every tiny and giant and frightening and confounding yearning has value because it directs us somewhere new. When we crave numbness and escape—we can just quit the goddamn day, if it’s noon, or even 9 am.

We’re calling it: an adult snow day, all plans canceled. Who’s to say climbing back into a cozy bed and watching all ten episodes of Normal People is any more criminal than four quarantinis and a night of manic Zooming?

We sometimes miss the dark, moody, gold-lit nightclubs, loud music, the chaos, the “delivery from the ordinary” a big night offered. We can still turn life upside-down like a bender used to do, tear it all open, wake up fragile and brand new, blinking like a freshly hatched chick. These days, we try out funny little transgressive experiments, like staying up all night, sober, just to watch the sun rise.

Our first New Year’s Day morning polar-bear dive was a revelation. Running back from the icy springs to the truck, laughing manically with friends, every molecule of our souls alive—this was what we used to get through a very different channel on New Year’s Eve night. If we’re hunting down a psychedelic feeling, we can also just bundle up on the couch and watch four Gaspar Noé movies in a row. A twisted dream-state is guaranteed.

The hospitality urge also pulls at our hem. We crave sometimes to be a guest, relaxing, letting someone else serve the food and pull our chair out, choose what record to put on. And then at other times—the dream is to be the host and spoil our friends. We can still do all that. Jardine got a package from Texas a few days ago, with lemon-raspberry bars baked from scratch. And she was suddenly in her friend Denise’s kitchen, the ceramic sculpture and roses on the table, her giant poodle Ram flopping in circles.

We can invite a friend to root-beer floats on Friday night, online, dress code: black tie, red lipstick, candles lit. Why not curate surreal dada events? We saw a friend’s kids set up a very formal dinner at their house, with handwritten name-cards and flowers from the yard. Everyone dressed to the nines. And what they were celebrating was simply that day. No birthday, no event.

The correspondence that would normally be brief and professional has in certain instances become sincere, warm.

Part of what we have always adored, sober or not, was the culinary part of parties. The presentation, the passing around, the tasting, the fetishizing! How on earth to get that at home? We’ve been exploring the world of botanical elixirs and tiny-company lingonberry sauce and delightful meal kits from nearby restaurants. We want to bring to our own little living room the distilled energy of someone’s else’s vision, the pleasure, the pomp and circumstance of a night out being dazzled by what we taste.

Bizarrely, we’ve made friends while isolated at our homes. The correspondence that would normally be brief and professional has in certain instances become sincere, warm. At an “art opening” on Zoom, we met the artist, who was earnest and even shy. In real life, we might never have connected with him in the crowd or heard his real personality. Strange how if we let it, this new universe makes opportunities for more intimacy, not less.

And we can hit up “events” in other states, in faraway countries. Single moms can attend late-night DJ sets without a babysitter, stay-at-home writers can socialize at lunchtime booky events; there are online queer raves and secret concerts and pizza parties. We can get decked out, peacock and parade, see and be seen.

Put on a gangster ballgown or channel Leigh Bowery, draw a bubblebath, make a red silk tent, or just create a wild orchid collage of a Zoom backdrop and party from there. It’s the dawn of a wacky global tech-empowered William Gibson-style revelry world.

We’re tucked away but we don’t want to just survive it; we want to live fully, whatever that can mean now. We start by listening carefully to the want, and then giving ourselves and everyone we love every possible avenue to joy. The only thing literally off the table, for us, is the metallic, languorous, oh-so-temporary happiness that comes from substances.

We wrote a book of ideas, ways to live, notes on how we found our way back to our own little heartbeat. It was supposed to be a book about sobriety, but The Sober Lush accidentally addresses these quarantine days. Not that we have any final answers. All we can offer here is solidarity: we’re in this together. We’re lost. We’re found. We’re alive. 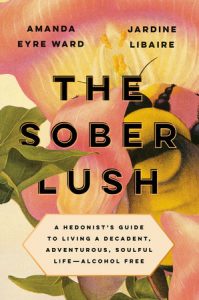 Amanda Eyre Ward is the critically acclaimed author of six novels, including How to Be Lost, Close Your Eyes, and The Same Sky. She lives in Austin, Texas, with her family.

Jardine Libaire is a graduate of Skidmore College and the University of Michigan MFA program. She lives in Austin, Texas. 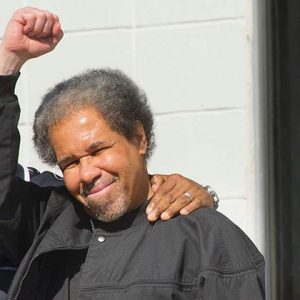 Accused of a crime he says he did not commit, Albert Woodfox endured years of brutal beatings and racial taunting by prison...
© LitHub
Back to top
Loading Comments...