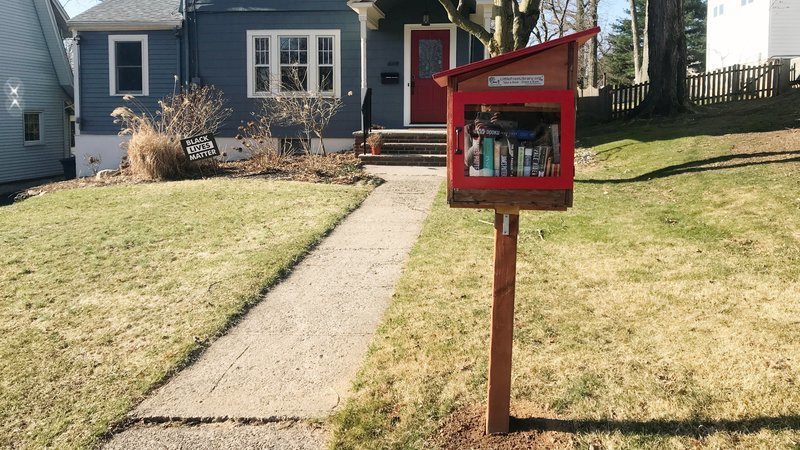 North Jersey officials are trying to shut down a Little Free Library because of “zoning.”

In a shocking tale of bureaucracy making life worse, NorthJersey.com has reported that officials of Oradell, New Jersey, are demanding that a local woman take down the Little Free Library she erected in her front yard. Why? Apparently, it violates zoning laws.

Since installing the library—a small red box with a roof and door, where passersby can take and leave books freely—in October, Tina Musich has seen it make a difference in people’s days. “We’ve seen children and adults thrilled to be able to pick out books and donate back (a delivery driver was excited and borrowed a book last week!),” she wrote. “At least once a week we get compliments for installing our book drop and it has created a sense of community lacking in the pandemic.” But after the borough received a complaint, Musich was ordered to take the library down.

It’s unclear what the exact claim being made by local officials is—whether the Little Free Library is being identified as a commercial enterprise in a residence zone, or whether it’s simply subject to a city ordinance regulating free-standing structures on personal property, which is how other cities have previously limited the existence of Little Free Libraries. When asked by NorthJersey.com, Mayor Dianne Didio refused to comment about the reason Musich was told to take down the little free library—but she said the matter will be discussed at today’s Borough Council Public meeting at 7 pm, for which the link can be found here. Musich has also created a Change.org petition asking Didio and the borough council to allow residents to install book drops in their front yards.

There is so little unabashed good right now. Let the people read for free!

On Tuesday, at the Oradell Borough Council meeting, the Borough Council let Musich know what the problem was: her Little Free Library legally meets the requirements for an accessory structure. In order to prevent the library from being labeled an accessory structure and thus keep it on her front lawn, the council told Musich she would need to cut the library’s pole to make the library less than 4 feet in height—and if she didn’t want to do that she could go before the Board of Adjustment. Musich understandably didn’t like these choices; she worried that lowering the library would make it harder for adults, especially elderly adults and others with mobility problems, to use. And, again understandably, this rule seems completely arbitrary!

But yesterday, Mayor Dianne Didio and Council President Tracy Schoenberg reached out to Musich to say that officials “might take another look at how the [borough] code could be rewritten.” Schoenberg said the borough’s ordinance committee will discuss the little free library at its next meeting.