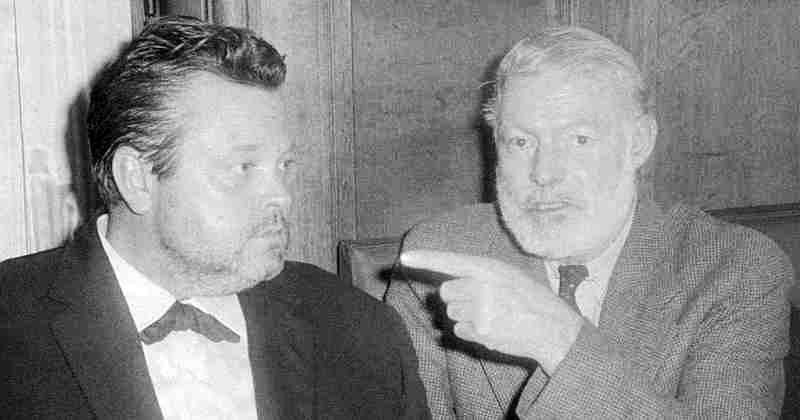 “Nobody ever made fun of him, but I did.” Orson Welles on his friendship with Hemingway.

“We had a very strange relationship,” he explained. “I never belonged to his clan, because I made fun of him. And nobody ever made fun of Hemingway. But I did. And he took it, but he didn’t like me to do it in front of the club.”

They met, Welles, explains, because Hemingway wanted him to narrate a film he had made; they watched it together in the dark theater, and got into a fistfight after Welles began giving him some constructive criticism. Of course. “The lights came up, and we looked at each other, and burst into laughter, and became great friends,” Welles says. Of course!

Welles goes on to give his own perspective on Hemingway: his secret humor, his legacy, his importance, and his death. The whole segment is pretty great—watch it for yourself below: