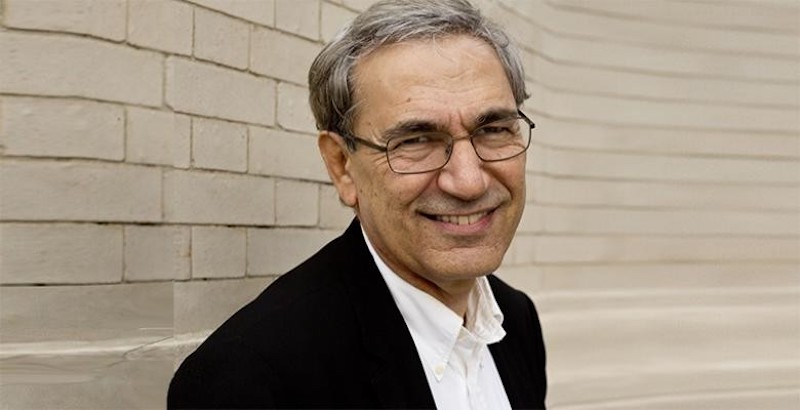 Nobel-winning Turkish novelist Orhan Pamuk is being investigated by the government for “insulting Turkishness”—again.

Earlier this year, Pamuk was investigated on criminal charges of insulting the Turkish flag and Mustafa Kemal Atatürk, the founder of modern Turkey, in his latest book. Nights of Plague, a historical novel about a plague epidemic on a fictional Ottoman island, features a character—Major Kamil—who was read by the prosecutor as a parody of Atatürk. Pamuk and his publishing house denied the allegations, and the case ended in non-prosecution due to lack of evidence.

But the lawyer who made the initial complaint—Tarcan Ülük—appealed the case, and now, the investigation has been reopened. If Pamuk is found guilty of “committing a crime against Atatürk” under Law 1816 of the Turkish Penal Code, he could receive a sentence of up to three years in prison.

Pamuk has faced similar claims before: in 2005, he stood trial on charges of “insulting Turkishness” told a Swiss newspaper that around one million Armenians were killed on Turkish territory in the early twentieth century. And Pamuk is far from the first Turkish writer to be investigated for expressing dissident opinions. In fact, during 2020 alone, the Turkish government jailed at least 25 writers and public intellectuals for their writings—the third-highest number of writers and public intellectuals jailed globally by one country that year.

This threat to free expression has caught the eye of international organizations. PEN America has called on the Turkish government to drop the charges against Pamuk. “Pamuk’s writing has had a profound impact on the literary world, yet his reputation for having courageous and uncompromising politics has made him a target of the Turkish government’s ongoing and systematic effort to silence dissident voices,” said Karin Deutsch Karlekar, director of free expression at risk programs at PEN America, in a statement. “[The reopening of the investigation] points to the overall climate of repression against writers in Turkey and demonstrates how the legal system enables appalling authoritarian restrictions on free expression and creativity.” The Swedish Academy, which administers the Nobel Prizes, also released a short statement saying it is monitoring Pamuk’s “treatment” by Turkish authorities.