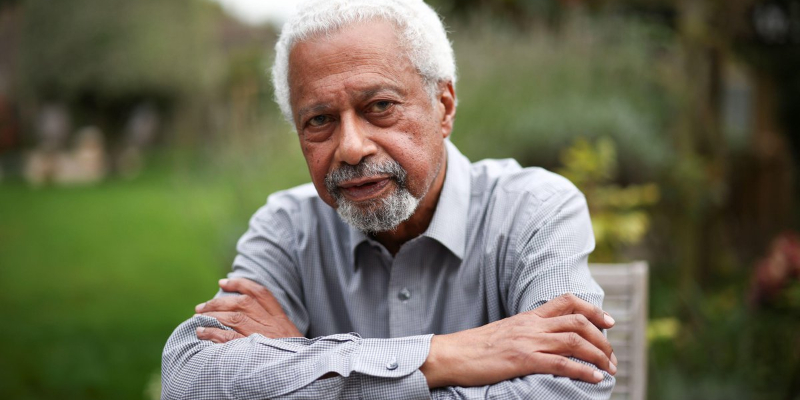 Nobel Prize-winning novelist Abdulrazak Gurnah joins Fiction/Non/Fiction hosts V.V. Ganeshananthan and Whitney Terrell to discuss the history and lasting effects of colonialism in African nations, particularly Tanzania, where he grew up, and which was once part of German East Africa. He reads from his book Afterlives, which traces the lives of young friends with different relationships to the schutztruppe, the German colonial troops.

V.V. Ganeshananthan: We’re thrilled to have you with us. To set the historical context for Afterlives here, German East Africa was colonized by the Germans in 1885. The Germans controlled a huge amount of territory–over 350 thousand square miles–territory that would include modern-day Rwanda, Burundi, and Tanzania. Your novel references the Maji Maji rebellion of 1904-5. But most of the book happens during battles between British and German forces in the lead-up to World War I and during that war. For listeners who might not be familiar with this history, what was happening in East Africa then?

Abdulrazak Gurnah: What was happening was the aftermath of that conference in Berlin where the European powers, as they like to call themselves, sat down together and drew up maps of the world to say which part of it belonged to them. They divided up Africa between them, and Germany got what they called Deutsch North Africa, which is our part of the world. The British got what they called British East Africa, which is now Kenya, and so on. So they all went around doing that. But in reality, they really didn’t own that much. So in order to make it work, particularly for the German states, they had to really invade these places, it really had to be a military conquest, and that’s the period that I write about in Afterlives.

Whitney Terrell: It also seemed like they didn’t have that many soldiers there, that they needed to recruit a lot of people to fight for them while they were there. Is that accurate?

AG: Well, that was also the practice. There was something really quite important about European colonialism in Africa and India, particularly in Africa, and that’s that they did not want to see European people die. So they did not want to have European soldiers around who could be seen to be actually vulnerable, even to a bullet. So, in the case of the schutztruppe, that is to say the colonial German army, the man appointed to carry out the conquest of this part of the world was a man called Colonel Wissmann. And what he did is he went and recruited mercenaries in Alexandria. These were mercenaries who had been used by the British in a conquest in Sudan, but now they were no longer needed, so there they were out of work, and he came along and said, Okay, come work for me. So he took them and brought them to our part of the world.

So the original schutztruppe was a mercenary force made up of Nubian soldiers who were ex-British soldiers, ex-British mercenaries. So they had no compunction about whatever it was that their boss wanted them to do. They weren’t dealing with people that they knew anything about. This is the way in which colonial armies work. You recruit people, you take them to a place that has nothing to do with them, and you make them do all the ugliness that you don’t want your people to be associated with. The same was true of the Belgian army in Africa, the Force Publique…. the same was true also of the British army, the King’s African Rifles—they all used African mercenaries.

VVG: Probably the first time I saw a character like that depicted in fiction was in The English Patient with the sapper Kip, who is so torn about being a part of British forces during World War II. That was the first time I had read a depiction like that, and I felt startled. Even though those sorts of people had probably been in my own history, I hadn’t seen them on the page.

AG: Sure, because the whole idea of a sepoy, the whole idea of the Indian defender of the British East India Company, is just a mercenary force to suppress India. This is just a continuation of that method of running or organizing colonial armies. Because it was so late in the day for Germany, Germany was so deeply militarized–the state–they could not conceive of anything other than just crush, crush, crush. It’s not, I don’t think, necessarily in the mind of Germans to always do this, it’s simply that that was the state mentality.

WT: You have two important characters in the book who are East African who end up fighting with the Germans, and we’re going to talk about them a little bit later in the interview. You were born in Zanzibar in 1948, years after the events described in the book. What was the political and economic climate like there when you were growing up compared to the world that the characters inhabit in Afterlives?

AG: Different in some ways, similar in other ways. Otherwise, I wouldn’t have been able to evoke it as well. So there are some aspects of it which were so familiar. The small town, the small trader–my father was one of those. I was familiar with that kind of shop, the smallness and how people lived very close together like that. But also from reading the stories of the war, both in a personal way because of family members who had participated in that in one way or another as conscripts or volunteers. My uncle volunteered for the King’s African Rifles for the Second World War. I was familiar with this idea of joining colonial armies. He was very proud of it.

There was a wonderful photograph of him which my mother, his sister, had on a stand in our house, wearing his uniform, the hat. But nonetheless, he was an extremely intelligent man who actually ended up being the director of education in Zanzibar after many tribulations, so he wasn’t some kind of a ragamuffin, he was somebody who was ambitious. And so in some ways, the colonial army actually seemed like a destination for ambitious young people. That was one way in which you associated yourself with the prestige of the conqueror, the prestige of the new, of the modern, of technology…. of language.

VVG: In your Nobel Prize acceptance speech, you said, “We were, those of our generation, children of colonialism in a way that our parents were not and nor were those who came after us, or at least not in the same way . . . we grew up and were educated in that period of high imperial confidence, at least in our parts of the world, when domination disguised its real self in euphemisms and we agreed to the subterfuge.” I want to talk about that idea of domination disguising itself in subterfuge, especially in the context of characters like Ilyas and Hamza, who choose to join the German Army. Can you say a little bit about that?

AG: It’s a familiar thing in all conquered cultures, if you like, or all conquered societies, the attraction and the prestige associated with the conqueror, the opportunities that that opens up, I mean, if you’re one of the defeated, what are you going to do, are you going to stay with that lot? And then all those lovely uniforms that you can wear as a result of being the authority that fits into our society. And the money. You get paid to do this work. I think you have to be able to either be self-assured in what you believe, which a lot of people are, and other people manage to just hang on and say I don’t want anything to do with it. You have to be self-assured, or you have to be not in need. Or you have to be maybe a little bit older and wiser, and say, I don’t want anything to do with this.

But the schools are open. Bring your children to us, we’ll teach them. And what will we teach them? We’ll ultimately teach them to despise themselves. And it’s only really through the period of decolonization, for me anyway and for people of my generation…. It’s only in that period that people were actually able to step back and say, What? We don’t want these people here. How do we cope with ourselves? And it opened minds, even young people’s, about what had been going on, instead of the mollifying stories.

This America of Ours by Nate Schweber, Read by Fred Sanders 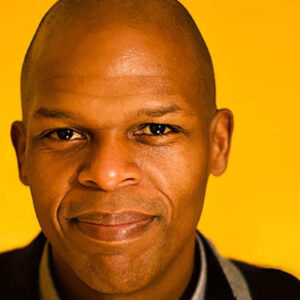 On Episode 12 of the Ursa Short Fiction podcast, co-hosts Deesha Philyaw and Dawnie Walton are joined by Maurice Carlos Ruffin,...
© LitHub
Back to top