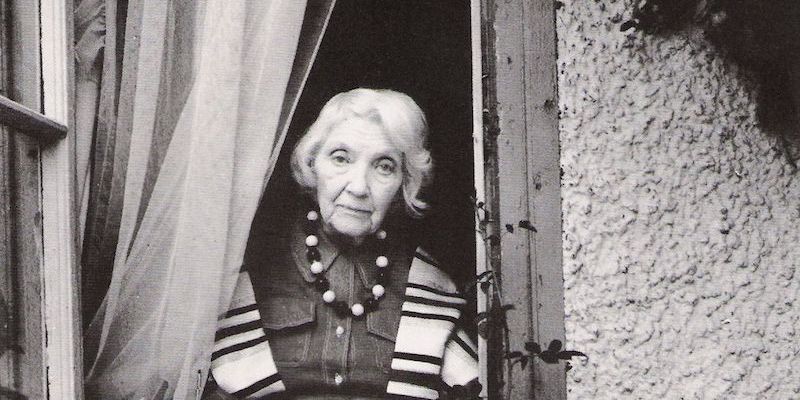 “No revision, no second thoughts. Already I am terrified.” Jean Rhys on writing and life.

Jean Rhys, my favorite Ice Queen and author of Voyage in the Dark, Good Morning Midnight, and Wide Sargasso Sea, would have turned 131 today. Rhys’ explorations of sex, desire, migration, and alienation were as haunting to me at 18, when I first picked up her novels, as they are now. Beyond having written one of the most canonized postcolonial works (Wide Sargasso Sea), and crystallizing the phenomenon of “writing back” to the Empire, her work has a pure, searing vulnerability on the page. It’s a kind of honesty she reserved just for her books (re: the infamous, though now hard to find, interview titled “The Inscrutable Miss Jean Rhys”), but it’s also a kind of honesty that encapsulates the messy, heady, tumultuous, complicated, and lonely lives she embraced via her leading ladies. So it comes as little surprise that Rhys espoused such complexity, even in her relationship to writing. And in honor of her birthday, I have gathered some of the most poignant (and at times very relatable) remarks she, and those working with her, made about this weird little thing she seemed to love, and loved to hate.

On the anxieties around writing:

This time I must not blot a line. No revision, no second thoughts. Down it shall go. Already I am terrified. I have none of the tools of my trade. No row of pencils, no pencil sharpener, no drink. The standing jump.

—from Smile Please: An Unfinished Autobiography

It seems as if I was fated to write, which is horrible. But I can only do one thing. I’m rather useless, but perhaps not as useless as everyone thinks…

But then loneliness is a part of writing, isn’t it? Though week after week, if you never see anyone, it can become rather trying. If there’s a knock at the door, I expect some wonderful stranger. I fly to the door. But it’s only the post man. I’ve got myself a bit depressed over this autobiography. When I began it I wrote a lot about the years after I came to England and I was more or less grown up, and of being in France, and a lot of that. And then I got this idea that I wanted to write about the West Indies as they were, as I remembered them. And I find it very difficult, also I feel that nobody’s going to believe me…

I’m beginning to feel that I don’t want to do a mental striptease any more. Which would mean tearing up all I’ve written. I don’t mind writing about when I was a child, but I don’t quite know why I should go on writing so much about myself. I’ve had rather a rum life, but I was thinking the other day, would I go through it all again. I think not. I guess I write about myself because that’s all I really know.

On the power and purpose of writing:

The things you remember have no form. When you write about them, you have to give them a beginning, a middle, and an end. To give life shape—that is what a writer does. That is what is so difficult.

I never wanted to write at all. But of course I did discover that if you write you can forget, and so I did it again and again.

On writing about memory and childhood:

Miss Rhys explained to me that the Dominican section had given her particular difficulty because she had to go so far back into her memory to reconstruct the events of her childhood. She volunteered that she had reached the phase of life when one returns naturally to memories of childhood, but she immediately isolated the necessity of avoiding sentimentality. In her most emphatic statement of the afternoon she said, “It is so important not to be sentimental”

—Elaine Campbell from A Memento of Jean Rhys

On arguably the most daunting task:

Another worry is that I can’t seem to find a title.

—from “The Art of Fiction,”The Paris Review

The book was so nearly finished—only a matter of a few sentences—and was so very good that I suggested we should publish it as it was. This Miss Rhys would not have, and I had to promise that it would not appear until she was satisfied with it.

—Diana Athill (Rhys’ editor) from A Memento of Jean Rhys

[It]has been turbulent and boring.

—from “Jean Rhys: A Remembrance,” The Paris Review