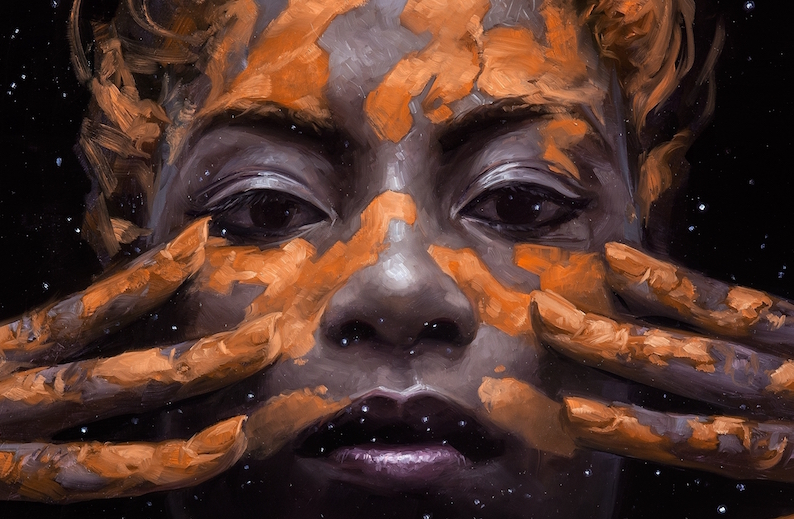 Nnedi Okorafor on Writing and Narrating the Audiobook of Her Memoir

Author Nnedi Okorafor is known for her award-winning Africanfuturist works, stories rooted in African culture and perspective that explore beyond the realm of what is currently possible. Okorafor’s writing examines the intersection of technology, the natural world, and magic, building a world in which a Himba mathematical genius rides an enormous living spaceship to an intergalactic university, for example. “I always feel like if I’m ever going to leave the planet, I would want to go in something that’s alive,” Okorafor says. “There’s a very thin line between the magical and the technological, and there are places where they intersect.” Her writing dances along that intersection.

Broken Places & Outer Spaces, Okorafor’s memoir, provides a chance to learn about the many elements that have influenced her vibrant writing. Her intimate narration makes her story stand out all the more as she recounts some of the most difficult and formative times in her life. While her memoir is centered on waking up paralyzed after spinal surgery and her recovery, she also shares experiences from childhood visits to family in Nigeria, and of times she and her sisters sprinted down the streets of Chicago, running from bullies shouting racist slurs.

It’s not just about my experience with paralysis. It’s also about hybridity and identity.

Narrating her memoir was more difficult than revisiting her words in the editing process. “There’s something to the art of reading it out loud, and it being an oral telling as opposed to written, that brings [those experiences] even more to the forefront. Reading it out loud in the booth, it was just even more intense. I was reliving it that much more.” The memoir details how she became a writer, showing “the idea that those things we think will break us can actually be the things that make us. All of these experiences that we have are useful, even the terrible ones. It’s just a matter of how you choose to use them. Because they are going to be there regardless. Do you want to just let them fester there, or do you want to make something out of them?”

Okorafor has always been involved in the creation of her audiobooks. No Nigerian or Nigerian-American narrators were available early on, so she worked with narrators to ensure correct pronunciations. Having Nigerian-born actor Yetide Badaki record her young adult Akata series, along with her book of short stories, Kabu Kabu, meant there was much she didn’t have to explain. Still, she says, “I’ve been blessed to have really awesome narrators every time.” Fans have shared how important the audiobooks are for understanding her stories, particularly her novel Lagoon, narrated by Adjoa Andoh and Ben Onwukwe. Print readers “couldn’t hear the accents, and didn’t know how certain words were pronounced. If you’ve never heard Nigerian pidgin English, it’s hard to imagine, so the audiobook helps a lot. Print readers have to hear it to get that added layer.”

Okorafor is an enthusiastic consumer of audiobooks. She is drawn to dynamic narrators, those who have “that ability to channel multiple voices in one person.” Both Robin Miles and Yetide Badaki have impressed her with their range, though her favorite narrator is the late Frank Muller. “The way that he could shape-shift his voice was incredible—that was a talent that just blew my mind,” especially so in Stephen King’s Dark Tower audiobooks.

Science fiction has been shifting toward a greater diversity in characters, along with refreshingly new types of stories, explains Okorafor. “A lot of that has to do with the inclusion and incorporation of different worldviews. That makes it interesting; it’s exciting, it’s dynamic, it’s vibrant.” In her memoir, she writes that “most traditional science fiction depicts a white world where I was not able to freely exist.” She identified more with the aliens cast as villains in classic science fiction. It took both her experiences while paralyzed and visiting Nigeria to awaken a talent for writing and an urge to expand the realms of possibility through fiction. She enjoys exploring new ways to tell stories, which has led her to penning comic books and writing television screenplays for Octavia Butler’s Wild Seed and her own book Who Fears Death.

Those who listen to Okorafor’s memoir will come away with a greater appreciation of her fiction. She encourages listeners to “view this memoir against the things that I write, to better understand what I write. It’s not just about my experience with paralysis. It’s also about hybridity and identity.”

Where does she see her work going in the future? “Ha! A lot of different directions—more, just more.” Okorafor isn’t slowing down, and the world is better for it.

This feature appeared originally at AudioFile.

As an Assistant Editor at AudioFile, library school student, and librarian sub, Emily spends a lot of time surrounded by good literature. She enjoys managing AudioFile’s blog and podcast and discovering new audiobooks to love.

John Hodgman on Life as a Very Minor Television Personality 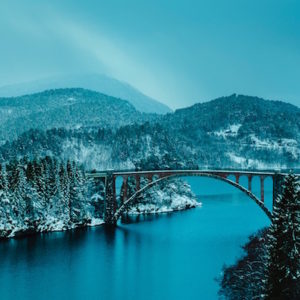 I’ve been captivated by Nordic culture since I was an exchange student outside Gothenburg, Sweden, in the 80s, eventually...
© LitHub
Back to top